The following vintage pictures were taken between the late 19th century and the early 20th century. In the second photos you can see the same place in our times. All of the images are property of Kjeld Duits from Old photos of Japan. 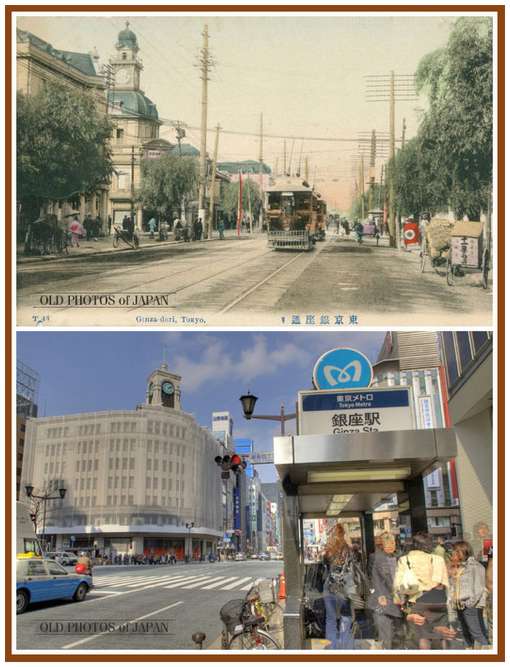 Two streetcars pass by the Hattori Building in Tokyo’s fashionable Ginza. In the first photo carts are parked under the verdant trees. This classic tree-lined avenue with buildings only three floors high is utterly different from the Ginza that we know today. The only thing that is remotely similar is the existence of a clock tower. Now there is one on Wako Department Store (see left second picture). 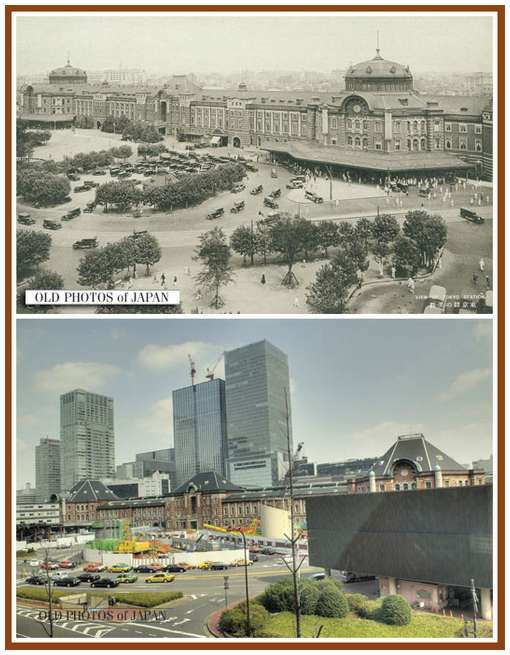 These pictures were taken in Marunouchi business district of Tokyo, near the Imperial Palace grounds and the Ginza commercial district, Tokyo Station was designed by architect Tatsuno Kingo to celebrate Japan’s victory in the Russo-Japanese War. Unfortunately, the beautiful domes and the top floor were destroyed during fire-bombings on May 25 and June 25, 1945. 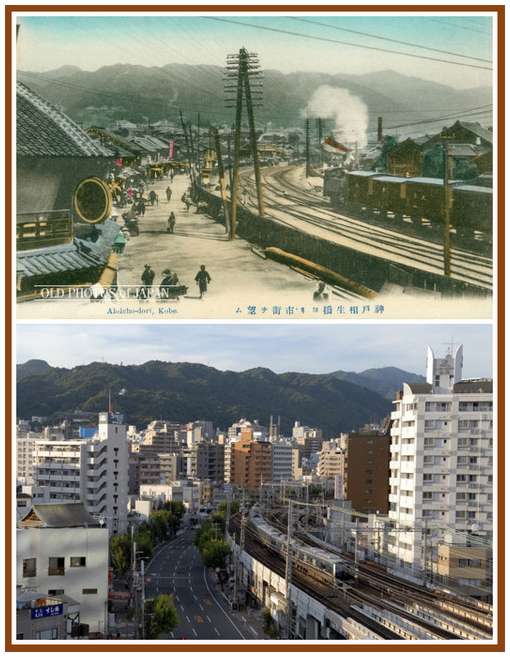 In the first picture a steam locomotive pushes wagons on the Tokaido railway line. The photographer was standing on Aioibashi (Aioi Bridge), a railway overpass, looking east with his back towards Kobe Station. The railroad connection between Kobe and Osaka was opened in May 1874. It took 70 minutes to travel the 32.7 kilometer route. Today it is about 20 minutes. In 1876, the line was extended to Kyoto and by 1889 passengers could travel between Kobe and Shinbashi Station in Tokyo. Aioibashi connected Motomachidori, a major shopping street, with Tamondori, location of Minatogawa Jinja, one of the most important shinto shrines in Kobe. 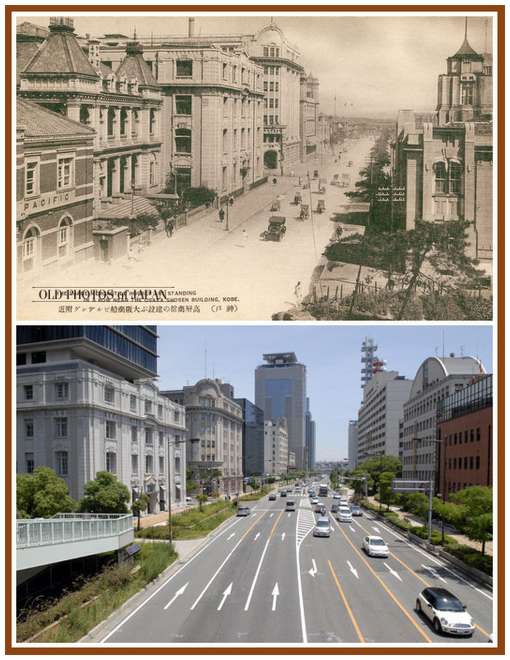 A view on stately buildings along Kobe’s Kaigandori, known among foreigners as the Bund. The first picture was taken sometime between 1922 and 1927. This street originally directly faced the sea. By 1921, reclamation work in the bay had increased the harbor’s capacity by 2.1 million ton. This photo was almost certainly taken from the roof of the Kobe branch of the major shipping company Nippon Yusen. Finished in 1918 (Taisho 7), this building still stands and is known as the Kobe Yusen Building. 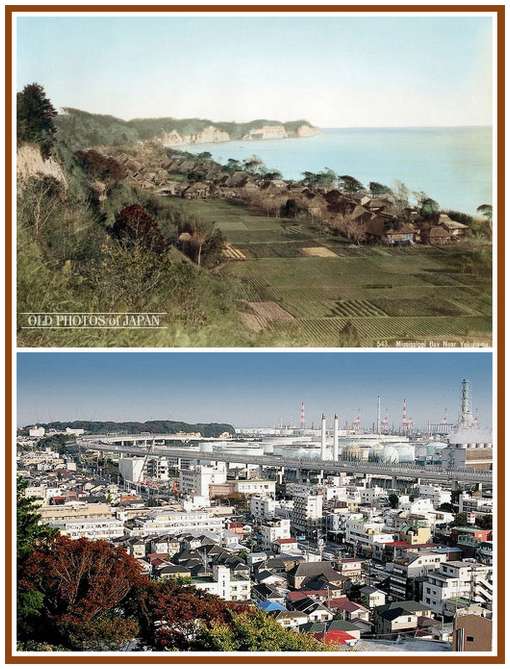 There used to be farms at Negishi in Yokohama. This beautiful rural landscape was a short distance from the foreign settlement. Negishi was called Mississippi Bay by the foreigners, apparently this was coined by Commodore Perry whose flagship bore that name. They also called it “the most scenic spot in the world” and would come here to enjoy the fantastic view on the sea and the faraway cliffs at Honmoku. At the foot of the cliffs, local women and children combed for shellfish at low tide. 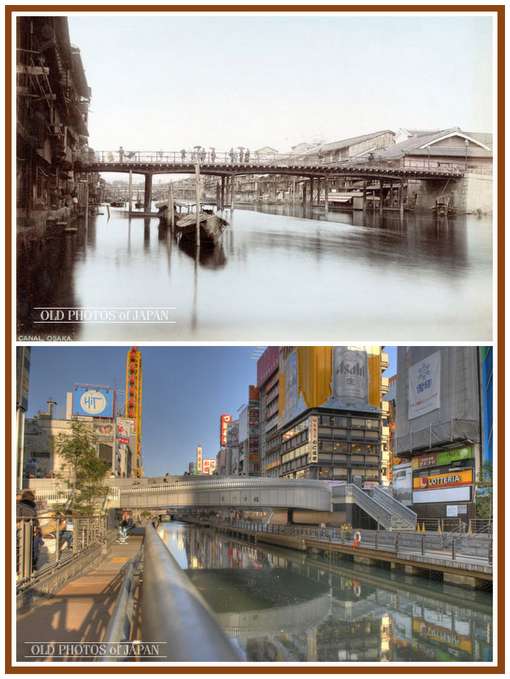 The Dotonbori canal and Ebisubashi (Ebisu Bridge) in Osaka’s famed entertainment district. In the first picture wooden teahouses crowd the left side of the canal. Italian born photographer Adolfo Farsari shot this photograph sometime between 1877 and 1887 facing east. At the time, the city experienced a high level of prosperity as can be seen by the presence of gas lamps on the right side of the bridge.