Endangered, hunted, smuggled and now some would say abandoned, these animals have the smallest chances of recovery out off all the Earth’s creatures. Last year, studies shown that there are at least 35 different animals with world populations of under 1000. But which are the rarest, the animals on the brink of extinction? We have rounded up a list of 10 of the rarest animals in the wild. These animals are so rare, they might disappear forever, and they’re not alone! 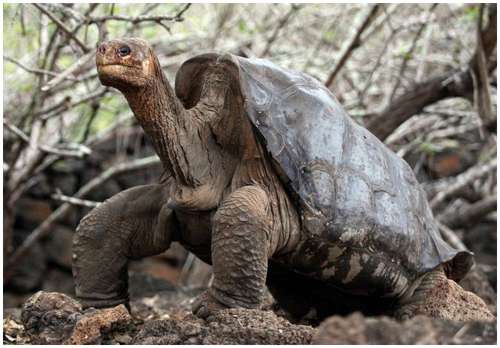 Without argument, this turtle is one of the few species of Giant Galapagos tortoises and the rarest animal in the world since there is only one left alive. Lonesome George is the sole surviving member of the Pinta Island race, the giant tortoise being a symbol for the fragility of the Galapagos islands, and a constant reminder for vigilence and conservation of the species. The species was considered extinct until 1971, when a lone example was located by rangers. Since then, the Charles Darwin Research Station has been searching for a female tortoise, even posting a reward of $10,000 to those that find one. 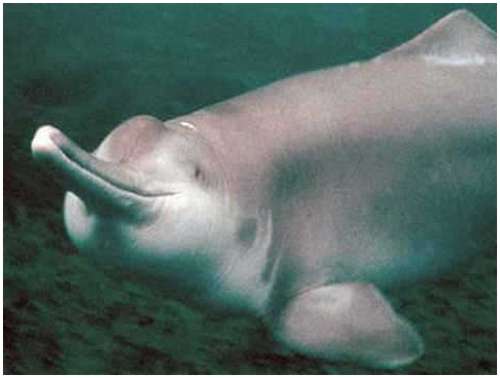 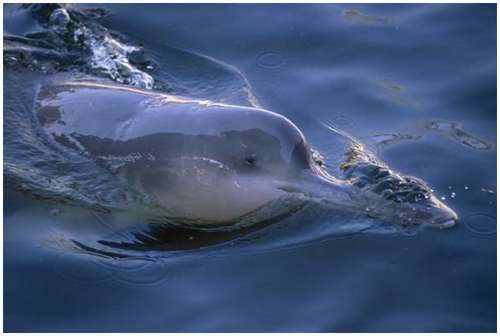 With no more than a few tens of individuals, the dolphin is one of the world’s rarest mammals, and a victim of China’s breakneck economic growth, competing for food with the human beings. It has been driven to extinction due to the activity in 50 years, this being the fourth time when an entire evolutionary line of mammals has vanished from the face of the Earth since the year 1500. The main reason for this fact are the numerous dams and barrages, built starting in the 1930’s, that have fragmented the population and reduced the amount of available habitat. There are news that the species is functionally extinct, experts still searching for members of the species. Fingers crossed! 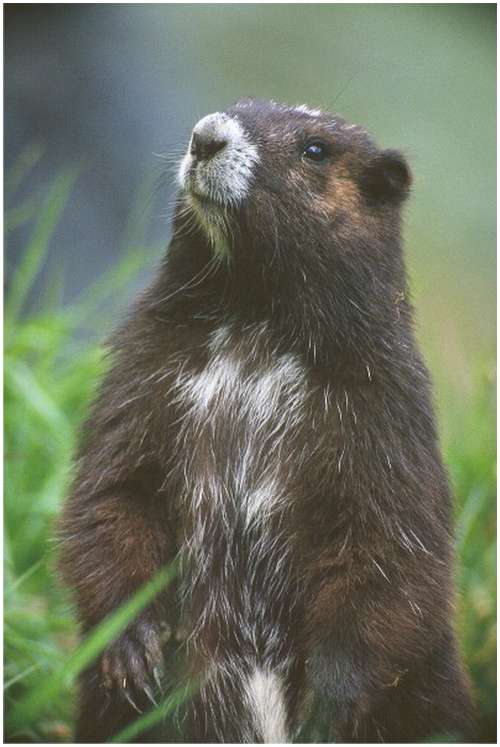 This marmot is found only in the high mountainous regions of Vancouver Island, in British Columbia, the Canadian Species at Risk Act listing it as endangered in May 2000. In 1998, the population reached an all-time low of 75 individuals, a captive breeding programme being started during that time. In captivity, there are around 90 Vancouver Island marmots in four breeding facilities, while an estimated 30 members of this species live in the wild ibn 2004. The ultimate goal is to restore a sustainable population of 400-600 Vancouver Island marmots in the wild, so there’s still much to be done. 2005 was a successful year, with 150 individuals in captivity and over 44 pups born. 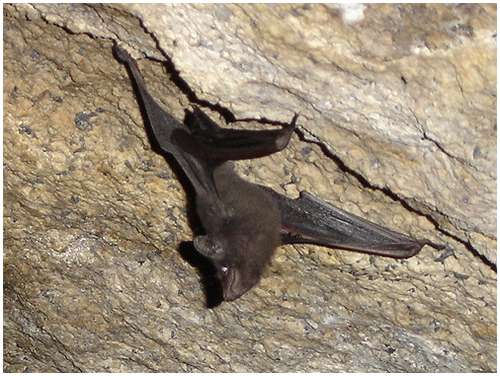 Inhabiting the central granitic islands of the Seychelles Islands north of Madagascar, the bat is part of our list, being one of the most endangered animals since fewer than 100 are believed to exist in the world. It was once commonly found in Seychelles, but the species has undergone a dramatic decline in population during the mid to late 20th century. More research needs to be done in order to understand how the species behave and what needs to be done in order to save them. Scientists believe that, with a heavy amount of effort, 500 individuals may be sufficient to guarantee long-term persistence of the population. 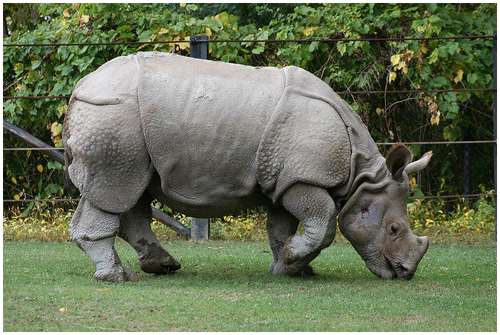 This scarce animal is one of the rhino species with fewer than 60 animals surviving in only two known locations: one in Indonesia and the other in Vietnam. Though once widespread throughout Asia, by the 1930’s the rhinoceros was nearly hunted to extinction in Peninsular Malaysia, India, Burma and Sumatra. It was poached for its horn, that is believed to have medicinal uses, and driven to extinction to the intense agricultural practices. Even with all the conservation efforts, the Javan rhinoceros’ chance of survival is small: the population is reduced, hence there are risks of disease and inbreeding. 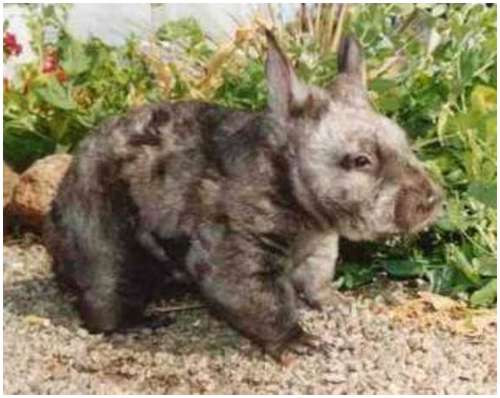 Also called the “bristly rabbit”, this hare has been recorded along the southern foothills of the Himalayan mountain chain, Nepal, , Bengal, and Assam. Deforestation, cultivation, and human settlement had the most negative impact on the species, isolating the rabbits in Uttar Pradesh, Bihar, West Bengal and Assam. This animal was feared extinct in 1964, but in 1966, one was spotted. There were an estimated 110 hispid hares worldwide in 2001, numbers continuing to plunge due its unsuccessful adaptation to captivity. 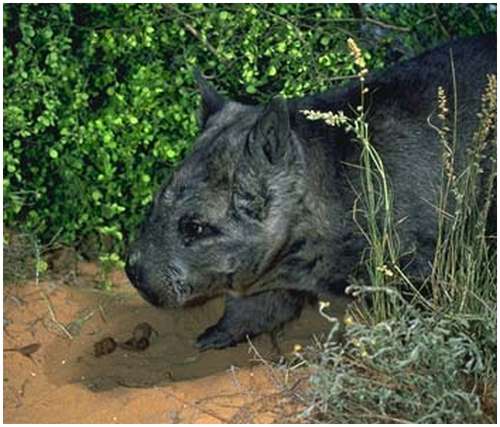 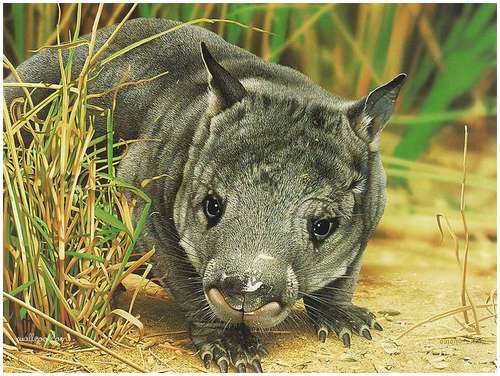 In the 19th century this species of wombat was present in New South Wales and Victoria but now can only be found in a small national park near Epping Forest Station in tropical Queensland. While this area has been protected as a National Park, the native grasses that the wombat eats are overtaken by non-indigenous plants. The Northern hairy-nosed wombat is the rarest Australian marsupial, and probably the world’s rarest large mammal. In the latest population study, there are an estimated 113 (range 96 to 150) individual. A major recovery program is underway, funded by the Queensland and Commonwealth governments to the tune of $250,000 per year. 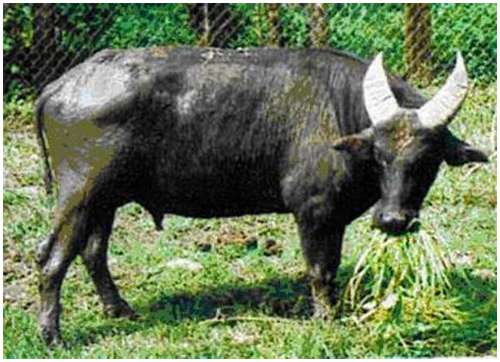 Found in the the island of Mindoro in the Philippines, the tamaraw is the only endemic Phillipine bovine. In 1900 there were an estimated 10,000 tamaraw on Mindoro, 120 in 1975, 370 in 1987 . It was declared critically endangered species in 2000 by the World Conservation Union and remained so until today, being threatened by agriculture, hunting or disease brought by domestic species. The current population was estimated in 2002 at a number between 30 and 200 individuals. Although protected by law, the illegal capture and killing of this species continues to occur. 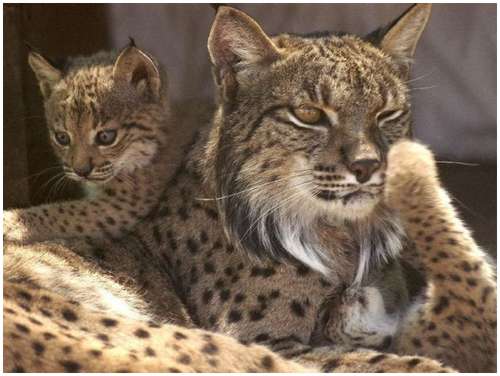 The Lynx, the most endangered of the world’s 36 cats, stands on the edge of extinction. This lynx was once distributed over the entire Iberian Peninsula but now its area is severely restricted in Andalusia. Threatened by destruction of habitat and of its prey, the cat was killed by traps set for rabbits or hit by cars as the number of roads increase. The Spanish Government is now in the process of developing a national conservation effort to save the Iberian Lynx. Studies from March 2005 have estimated the number of Lynx to be as few as 100, down from about 400 in 2000. On March 29, 2005, the birth of 3 cubs, the first born in captivity, was announced, a hope for the future reintroduction of the species. 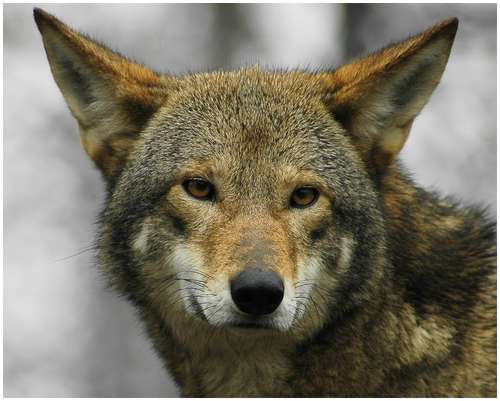 This wolf is a smaller and a more slender cousin of the gray wolf, historically ranging from southeastern United States to Florida and Texas. Now, their home is the 1.7 million acres throughout northeastern North Carolina, including Alligator River National Wildlife Refuge and Pocosin Lakes National Wildlife Refuge. Only 20 pure red wolves were estimated in 1980, however the number increased to 207 captive red wolves, found in 38 captive breeding facilities across the United States. With the successful breeding programs, over 100 red wolves currently live in the wild. 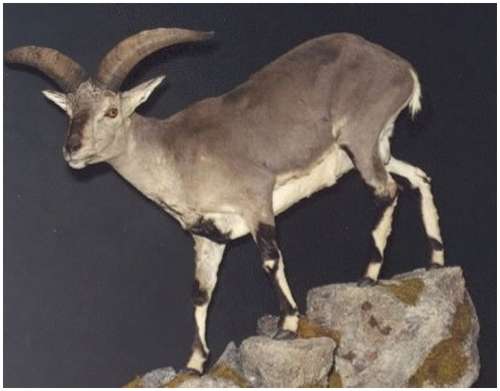 The Dwarf Blue Sheep or Dwarf Bharal Pseudois schaeferi is an endangered species of caprid found in China and Tibet. The dwarf blue sheep population in the world has declined to a total of 70–200 individuals, currently being listed as endangered by the International Union for Conservation of Nature. The species is hunted, and in their limited range cannot escape from humans and livestock. As of 1997, China did not recognize them as a seperate species so efforts to conserve the species have not been initiated.