It is only a matter of time before the unsolvable becomes solved. Many scientist of ancient time thought the earth was flat with a huge water fall at the end, thus discouraged explorers from traveling the sea. Philosophers of the early time could not explain what why a person got sick let alone what the cause of it was. Thay only know of basic home remedies that could aliviate the symptoms and didn’t know why the remedy worked. Today, those problems are of the past and man have solved so many dificult scientific and philosophical concepts that plagued ancient scientists. With the solutions to old problems have brought on more dificult problems in the modern world and some day our children will solve the problems that we face today. 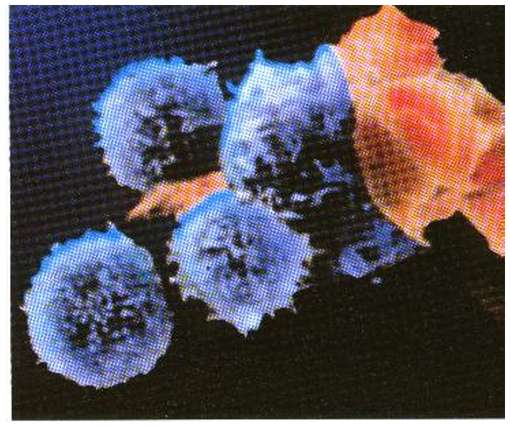 If you asked Americans in the 1980s when scientists would find a cure for AIDS, most would certainly thought medicine would have figured AIDS out by now. Though we know more about AIDS than ever, more and more red ribbons appear every year, and a cure for AIDS is nowhere in sight. Globally, 33.2 million people are living with HIV, the retrovirus that leads to AIDS, 2.5 million of whom are children. Currently, 68% of those living with HIV reside in Sub-Saharan Africa. Aside from the staggering toll in human lives, it is estimated that AIDS costs the global economy trillions of dollars annually. Although treatments in recent years, most notably the anti-retrovirus “cocktail” have slowed the progression of HIV and AIDS, and significantly improved the lives of those living with the disease, scientists have been unable to develop a vaccine or cure. Due to the cost of these drug cocktails, which are not available to many without health insurance or living below the poverty line, many health officials believe that an AIDS vaccine is the only hope of stopping the global pandemic. Recently, bone marrow transplants have given some hope to AIDS researchers, as at least one patient was reported to have undetectable levels of HIV in his blood after he received the bone marrow of a donor suspected to be resistant to HIV.

The Theory of Everything 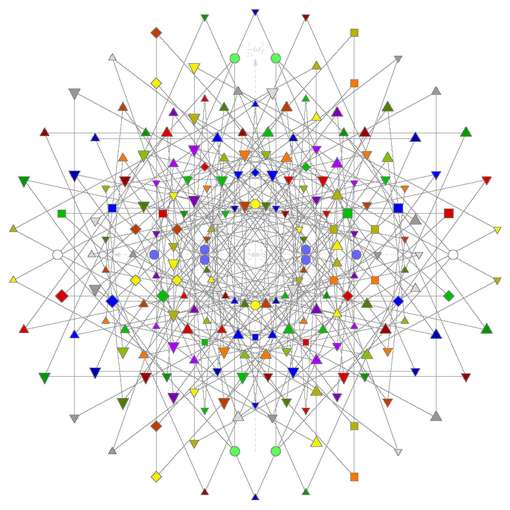 In the final years of his life, Albert Einstein was said to have become profoundly interested in discovery the “Holy Grail” of physics, the Theory of Everything (TOE). Fifty years after Einstein’s death, physicists still racking their brains to learn if a universal TOE exists. Ideally, a true TOE would link together all known physical phenomena. The difficulty in tying together a TOE is that two cornerstones of physics, Einstein’s theory of general relativity and the theory of quantum mechanics are extremely difficult to combine. For decades, scientists have sought a theory that would reconcile four basic forces: gravity, electromagnetic force, strong nuclear energy, and weak nuclear energy. However, with recent advances in cosmology, any TOE would most likely have to account for dark matter, dark energy, and inflationary force. It seems the closer scientists get to understanding the universe, the father away a TOE slips. The current mainstream TOE is the “superstring theory,” which posits that all matter, at its most basic level, is comprised of vibrating strands. Recently, scientists have begun to consider that additional dimensions might assist in deriving a TOE, as multiple dimensions allow physicists to answer questions that have dogged them for decades, such as why gravity is so much weaker than other forces. Theorizing that gravity could be leaking in to our dimension from another solves some basic problems with Einstein’s general theory of relativity. More than simply balancing out equations on a chalkboard, a true TOE would give scientists and unshakeable foundation upon which to heap their understanding of our universe. 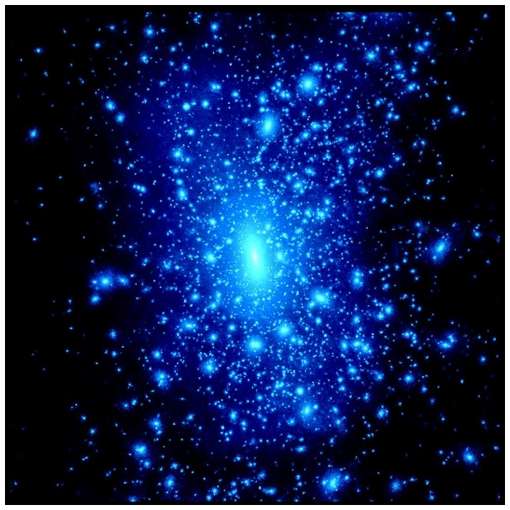 As it turns out, the vast majority of the universe is invisible. This seemingly-unbelievable fact is attributable to “dark matter,” which accounts for approximately 75 percent of the mass in the universe. Dark matter is hypothetical matter that scientists can neither observe nor measure, but can infer its existence due to its gravitational interactions with known matter. This dark matter, which contains no atoms and exerts no electromagnetic energy on other matter, is known to exist because of the effects it has on the rotational speeds of galaxies, the orbital velocities of galaxies in clusters, and the temperature distribution of hot gas in and between galaxies. It is certainly alarming to suddenly discover that the universe contains large amounts of invisible matter, but this is exactly what happened when astronomers, measuring the amount of hot gas in and between galaxies, learned that clusters of galaxies contained five times more material than was expected from visible galaxies and hot gas. This led scientists to declare that some other, invisible, “dark” matter made up the remainder of the material. Now that scientists have discovered dark matter, the questions of what dark matter is, how much of it there is, and what effect it has on the universe remain to be answered.

A Better Theory of Gravity 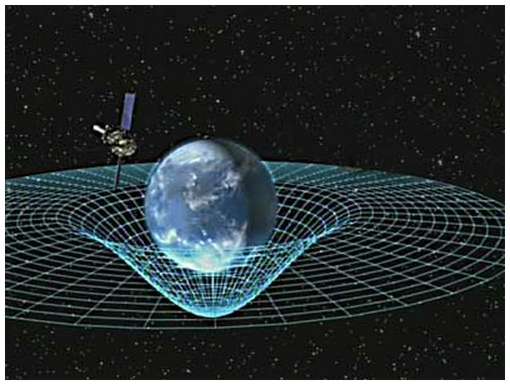 Every school child in the world learns about gravity through the story of Sir Isaac Newton sitting under the apple tree, so one would think that the question of gravity has been long-answered by scientists. After all, Einstein came up with his general theory of relativity way back in 1915. However, what many children don’t learn in school is that the theory of gravity gives rise to almost as many questions as it solves. For example, the theory of relativity and the theory of quantum mechanics are virtually incompatible. Additionally, it is the theory of gravity that gives rise to the mystery of dark matter; matter which is unobservable in the universe but inferred because of its gravitational effects on other mass. Moreover, there is no explanation for why gravity, as a force, is so much weaker than other forces, such as electromagnetic energy. These discrepancies make it difficult, if not impossible, for scientists to create a theory unifying all the physical laws of the universe. When it comes to physics, there’s no question that gravity, as we understand it, is the monkey wrench thrown into the works. 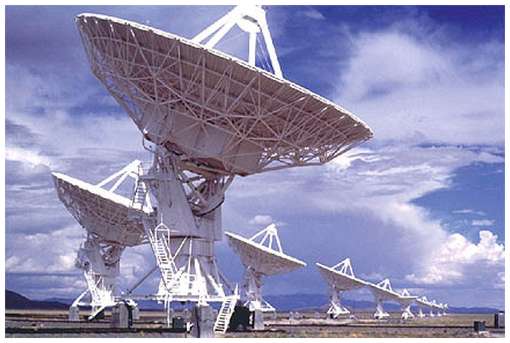 On August 15, 1977, while working on the “big ear” project for the Search for Extra-Terrestrial Intelligence (SETI), Dr. Jerry Ehman detected an unusually strong narrowband radio signal. The signal, which last for 72 seconds, appeared to be non-terrestrial and originating from outside our solar system. The signal was so striking and so similar to what scientists believed an extra-terrestrial signal would look like, that Dr. Ehman wrote the word “WOW!” next to the signal on a computer printout. Thirty years after the WOW signal, SETI has been unable to find a recurrence of the signal, though they were able to determine that the signal seemed to have originated from the Sagittarius constellation. The question “Are we alone in the universe?” is one of the most profound in our existence. The WOW signal might possibly have given us reason to believe we are not. 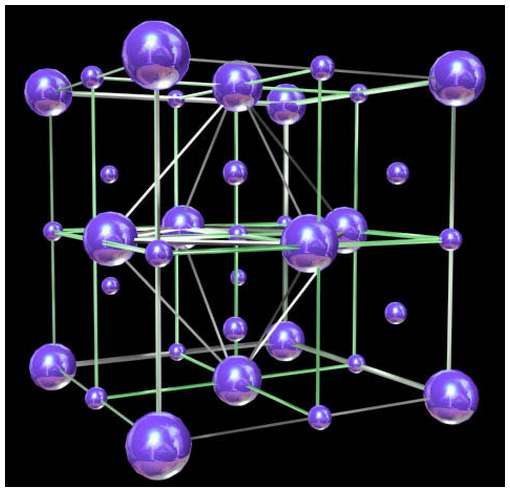 The supposed discovery of cold fusion, quite literally, the creation of energy from water, in 1989 led many to speculate that the energy problems of the world had been solved and that, in the future, energy would be inexpensive and easily obtained. However, when the claims of cold fusion, purportedly achieved Martin Fleischman and Stanley Pons, could not be replicated, many physicists declared cold fusion impossible. Following the debunking of Fleischman and Pons’ claims, those who continued to work on cold fusion became pariahs in the field of physics. For decades, there was virtually no communication between those working in cold fusion and the established scientific community. However, the global energy crisis has renewed the interest in cold fusion as an endless source of renewable energy. In 2002, the U.S. Navy published a report in support of cold fusion. A 2007 symposium at MIT did not focus on whether cold fusion was real, but whether or not it could be made commercially viable. In recent years, significant progress towards “table-top” energy has been made. Without question, with the earth’s natural resources in decline and global warming an increasing concern, the time has never been better for the resurgence of cold fusion.

Why Do We Dream? 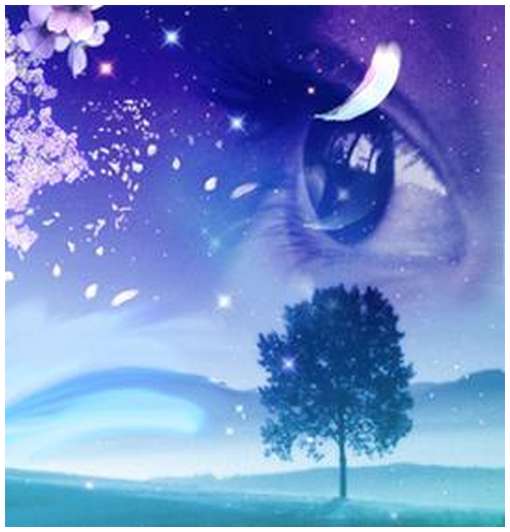 For thousands of years, dreams have been the muse of artists, scientists, and philosophers alike. After so much time, it’s surprising that scientists have yet to discover exactly why we dream. However, as we learn more about the role sleep plays in the health and well-being of humans, the function of dreams may become increasingly clear. Though a single, unified theory of the purpose of dreams has yet to emerge, some theories of dreams are more popular than others. For example, the Psychoanalytic theory of dreams posits that dreams are the brains way of manifesting our unconscious feelings and desires. The Activation-Synthesis theory holds that dreams are merely the brains way of attempting to interpret internal stimuli, emanating from the limbic system, while we sleep. Other scientists believe that dreams are the brains attempt to interpret external stimuli or resolve problems encountered during our waking hours. Should science ever be able to unlock the secret of how we dream and why, we may one day be able to better interpret our dreams or use dreams to further our mental and physical well-being. 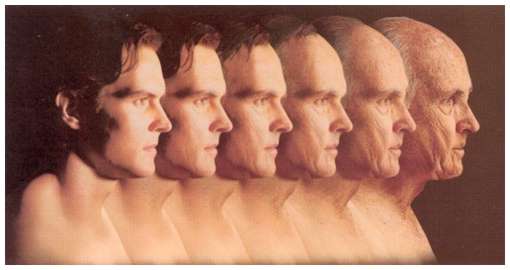 Human beings are born with an incredible arsenal of processes which allow the body to fight off disease, repair itself, and regenerate cells. So how is that, over a long period of time, the human body becomes so broken that it eventually ceases to live? Gerontologists, those who study the process of aging, have two disparate theories: the first is that the human body is pre-programmed to begin breaking down at a certain point in time. The second theory posits that aging is the result of environmental damage heaped upon the body over an extended period of time. Recent developments in the field of biochemistry lead scientists to believe that, one day, the human life span can be extended significantly and the quality of life during old age improved dramatically. 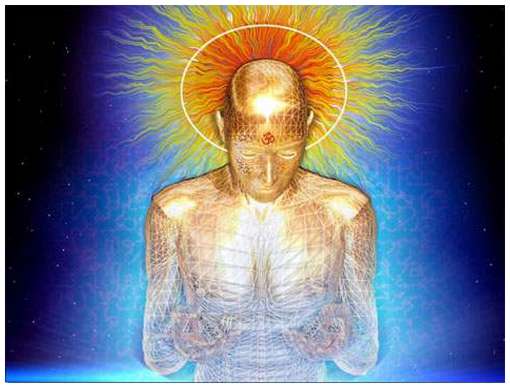 The Creation and Fate of the Universe 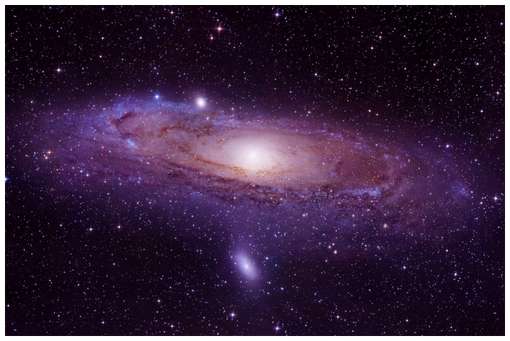 Once highly controversial, the Big Bang theory of the creation of our universe has gained acceptance in recent decades. The theory, which holds that all matter exploded from a singularity, a microscopic, infinitesimally dense, single point, seeks to explain how, in an instant, nothingness exploded into everything. While the Big Bang isn’t accepted by all scientists, it has evolved over the years into the mainstream theory. But the Big Bang theory still leaves many questions unanswered. What banged? How did it bang? Why did it bang? And, leaving the realm of science and delving into philosophy and religion, did someone cause it to bang? Equally as important as the origins of our universe is the fate our universe will eventually suffer. If, as scientists believe, the universe is constantly expanding, galaxies, stars, and solar systems will continue to race away from each other, leaving dark, empty spaces in between. Or perhaps there will be a sort of second Big Bang, one in which our universe is destroyed, rather than created. One thing is certain: the question of where we came from and where we are headed has been pondered by human beings since the beginning of time. It has forever been, and will continue to be, the most important question our species can answer.