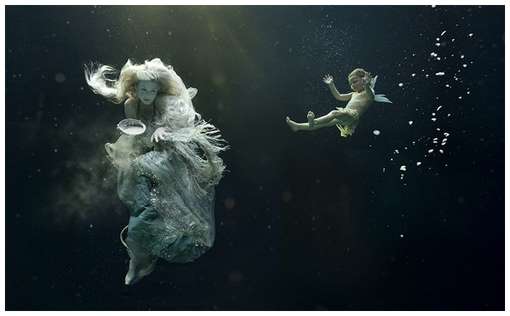 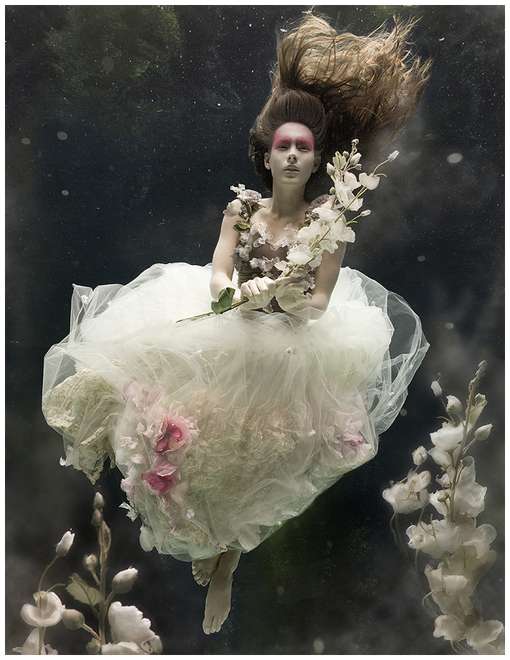 Compiling a list of underwater photographers just wouldn’t be right without mentioning Zena Holloway. Holloway creates a fantasy world a few of us have ever known, either above the sea or within it. Talk about an underwater fairy tale…
source: here 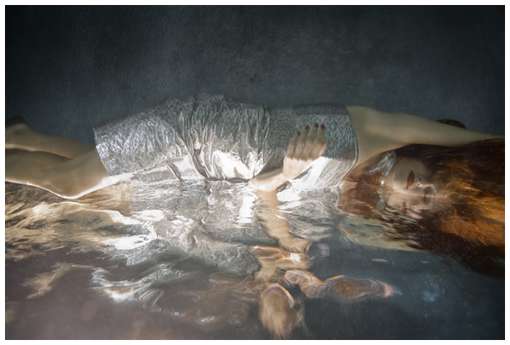 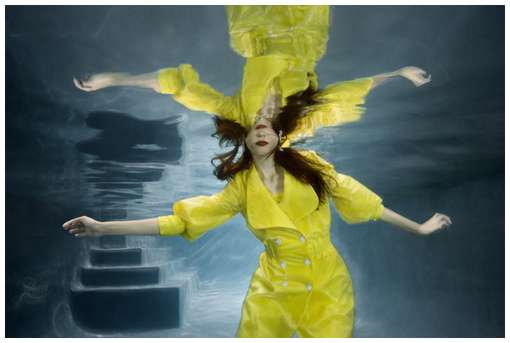 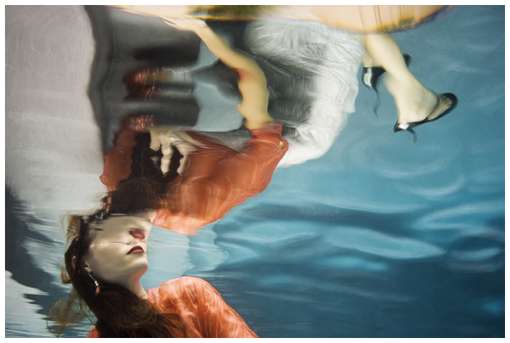 A self-taught photographic artist, Barbara Cole dropped out of high school and discovered what it was she wanted to do. She says photography found her, identified her and ultimately saved her. Cole recently shot a beautiful underwater spread for Anthropologie.
source: here 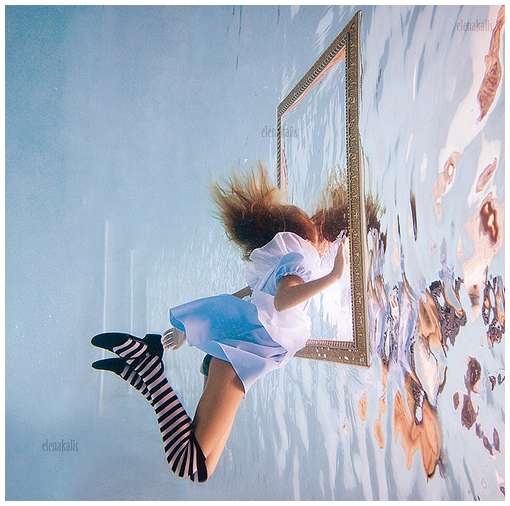 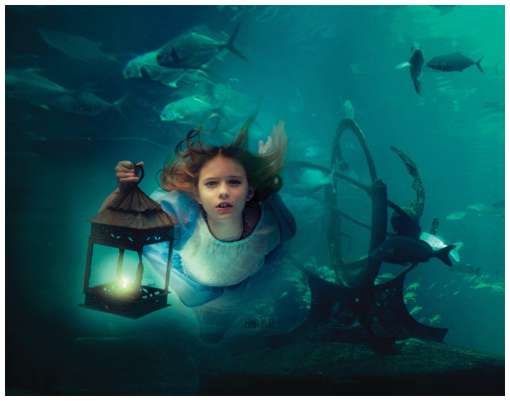 There’s no doubt that Elena Kalis has one of the most amazing underwater photo sets you’ve probably ever seen. This Russian photographer creates scenes that are at once light and playful and then dark and mysterious. The best part? She asks her own kids to be a part of the process.
sorce: here 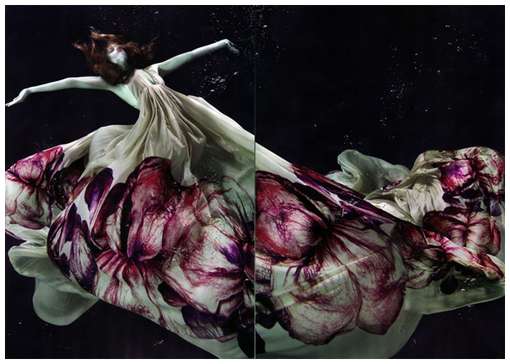 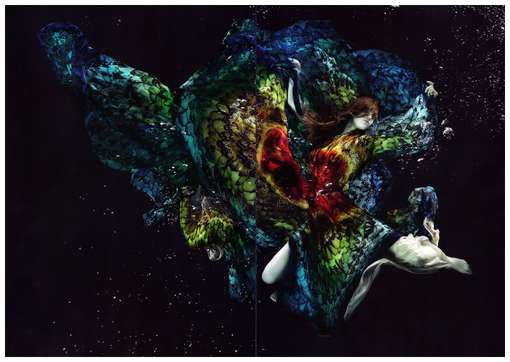 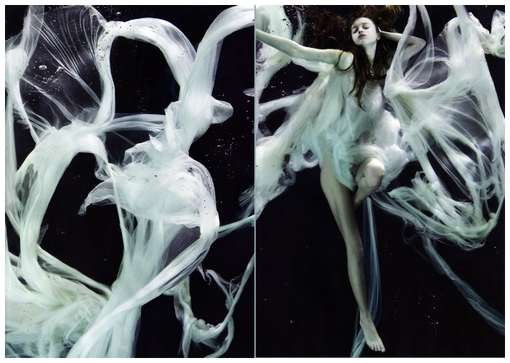 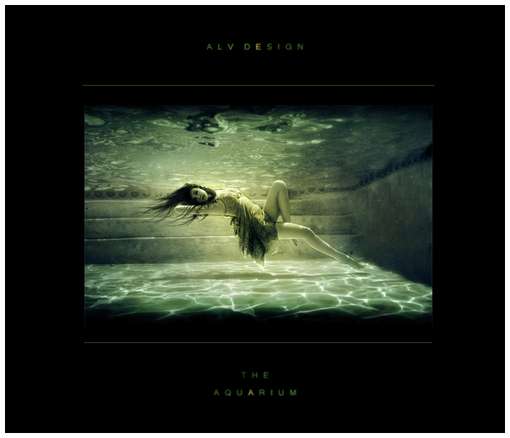 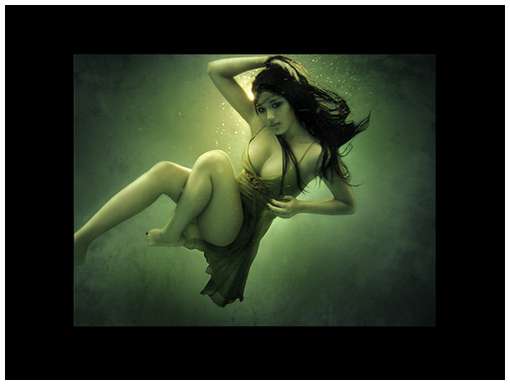 An Le is a Vietnamese photographer who tries his hand at underwater photography with these shots. Just 20 years old, he shows us that creativity can flow from anyone, regardless of age.
source: here

The Girl Who Fell Into the Well: Christel Eldrim 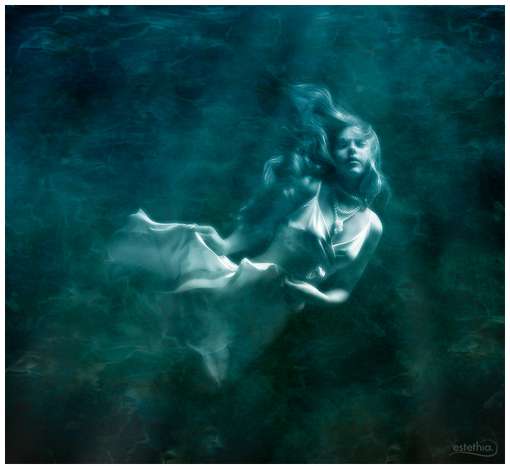 Christel Eldrim (aka Estethia on Flickr) is a photographer who works in Stockholm, Sweden. A skilled artist and photographer with a great eye for detail, Edrim has that ability of turning pictures into stories.
source: here 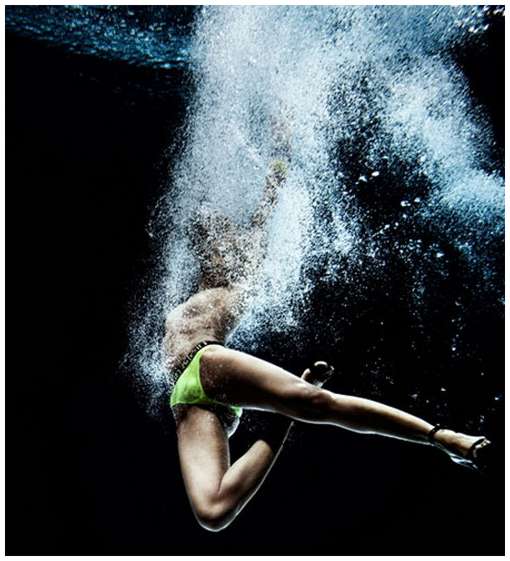 Dutch photographer Ruud Baan likes to capture underwater shots that leave you asking for more. With an artistic eye, Baan makes us think we’re seeing more than we should.
sorce: here 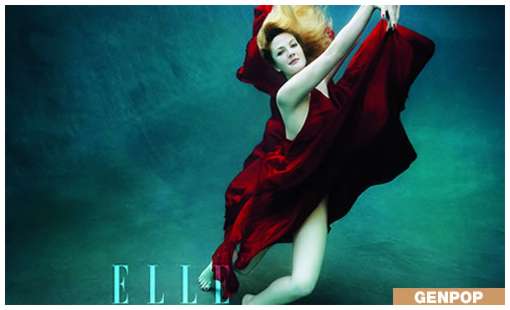 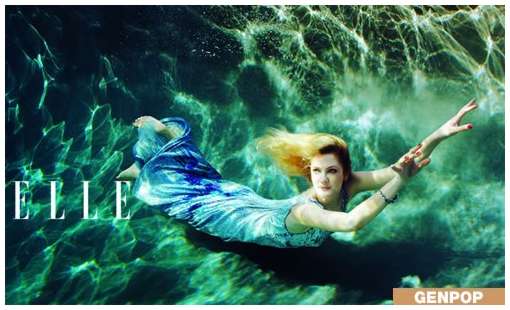 Is Drew Barrymore dancing, swimming or drowning? In the May issue of Elle Magazine, Alexei Hay gets Drew to take a dip with designer gowns. What follows is a photo set we’ll always remember.
source: here 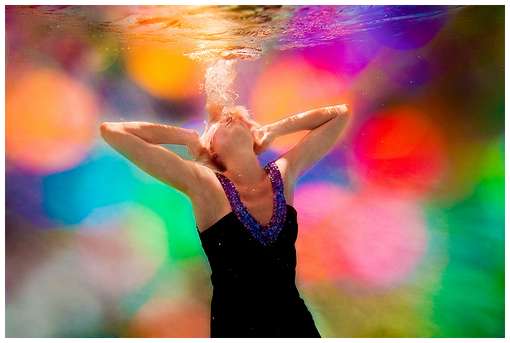 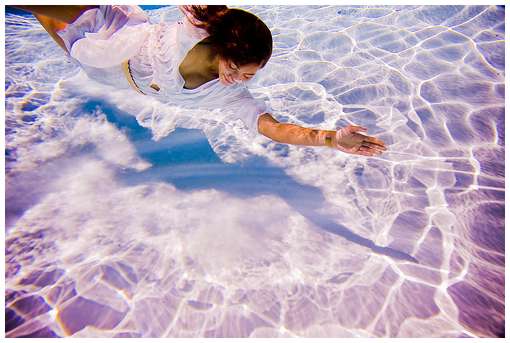 Photographer Sarah Lee is one of those young women who’s creativity started peaking at an early age. Currently 18, she’s attending Chapman University in Orange, California as a freshman. In this set of photos, she creates an underwater world that’s spectacularly colorful.
source: here

Keira’s the Queen of the Night: Candice 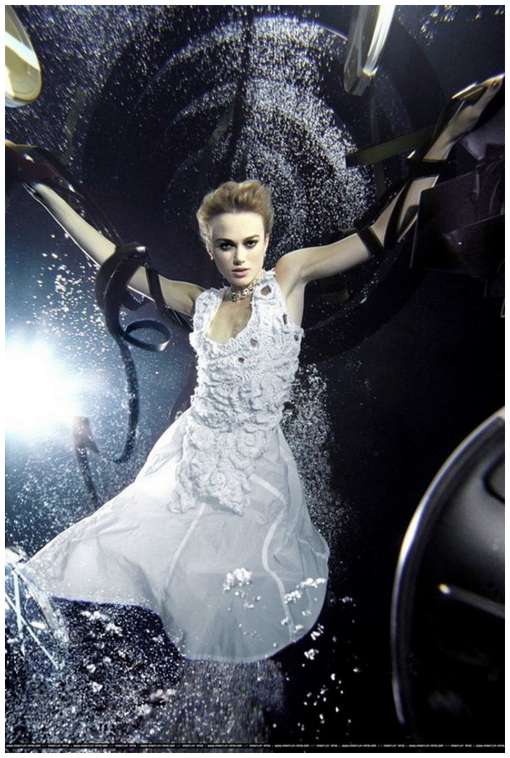 Keira Knightley recently shot this campaign for Fresh 2O for Water Aid. The svelte actress is a tangled mess, albeit a beautiful one.
source: here