Before the promulgation of worthwhile American sports such as baseball, football, basketball or hockey*, non-Americans were forced to content themselves with quasi-sports like croquet, Duck-Duck-Goose and soccer.  It’s no surprise then that these diversion-starved people began to invent their own increasingly bizarre ‘sports.’
However, the Yorkshire miners who in the 1970s invented ferret legging, also known as ferret-down-trousers, had no such excuse.  Although week after week, color television offered far safer and more athletically meritorious sports, the Yorkies designed a contest that very often results in bleeding genitals. 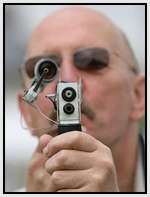 Well, those naughty boys (and girls) have now grown up and take part in the Spitball World Championship ... and to them it seems to be a very serious sport ...
If you didn’t get chance to take part in the championship why not visit the Witcham website, where you’ll see that the village of Witcham near Ely pay hosts to this annual event.
And if you’re thinking of taking up this sport ... perhaps ready for the London Olympics in 2012 ... than forget using the novice equipment of a straw or empty biro ... and get hold of some serious pea shooting equipment... 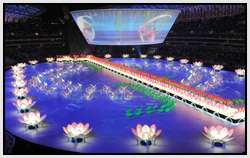 One year after the hosting of the exceptional Beijing Olympic Games, the 11th National Games, billed as China's mini-Olympics, opened amid a splendid ceremony here Friday evening.
Chinese President Hu Jintao officially opened the Games at the ceremony held in the newly built Olympic Sports Complex in this capital city of east China's Shandong province.
With 55 of all 63 Chinese Beijing Olympic champions expected to compete, the quadrennial national meet is set to stage another sports gala for the country which just celebrated its 60th birthday.
Among those present at the ceremony are President of International Olympic Committee (IOC) Jacques Rogge, who was re-elected at the 121st IOC Session held in Copenhagen just one week ago, and a dozen of IOC members.
When addressing the full capacity of 60,000 at the ceremony... 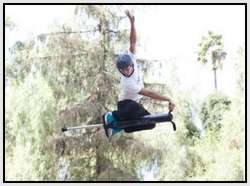 Fred Crzybowski, a 20-year-old from Los Angeles, is known as “the Tony Hawk of the pogo world” for the extreme pogo-stick jumps he can perform.
Fred, who started using a pogo-stick at the age of eight, is the current record holder for the most consecutive backflips, which stands at nine. He has appeared in motion pictures like Mister Magorium’s Wonder Emporium and hopes he will get new gigs in television and movies... 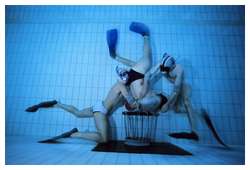 While British divers invented underwaterhockey to spend the winter months their continental nemesis - Germany - found diving at winter temperatures equally unpleasant resulting in the invention of underwater rugby. Simply exercising to maintain your physical fitness for only a few months of actual diving a year gets boring eventually, a problem solved creatively by inventing an underwater ball game combining the same physical exercise with team sport.
Initially only used as a warm up for the divers’ winter training underwater ruby soon turned into a sport itself where teams of 12 - with only half the team in the field at any time as playing rugby while holding your breath can be quite exhausting - try to get the rugby ball into each others ‘goal’.. where it’s doubtful the actual metal bucket is worthy of the word goal. The ball itself is filled with salt water which is slightly heavier than normal water which means the ball will slowly sink to the bottom of the pool instead of floating on the surface. An experienced underwater rugby player is capable of throwing - or thrusting - this ball only several meters because of the drag of the water.
Depths at which underwater rugby is played vary from about 3 to 5 meters depending on the pools used - few pools are constructed with underwater rugby in mind - making oxygen an important game factor. As the game is intense a player will only be active for a short... 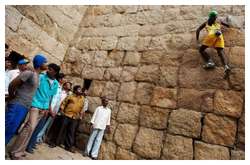 If you thought Spiderman lives only in Marvel comics and Hollywood movies, think again. Spiderman is real, his name is Jyothi Rai and he lives in India.
The 22-year-old former builder spends most of his time entertaining tourists by acrobatically climbing Chitradurga Fort. He fearlessly and effortlessly goes up 300-feet-high walls without a safety harness and hundreds of eyes watching from down below.
Young mister Rai says he developed his climbing skills by watching monkeys climb trees and trying to reproduce stunts from his favorite films. He hopes he’ll soon be recognized as the world’s greatest climber.
The real Spiderman says he has never wore safety equipment and has never had one accident. He believes his ability to see footholds others can’t is proof he was born to climb. He practices every day and does Yoga to maintain his flexibility.
A big fan of French climber Alain Robert, Jyothi Rai hopes to achieve his success and one day open a school for climbers... 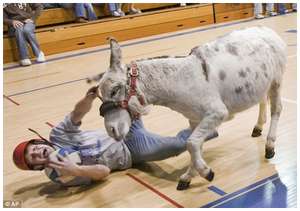 Invented during the 1930s as a cheap form of recession entertainment, donkey basketball remains a popular sport in midwest America.

Basically, the tow four-player teams have to shoot hoops while riding on the donkeys. The animals often just lay down, crushed by the players’ weight and, in these situations, competitors are allowed to dismount and drag the donkey to the hoop. Donkeys can carry up to 68kg, but many of the donkey basketball players weigh considerably more... 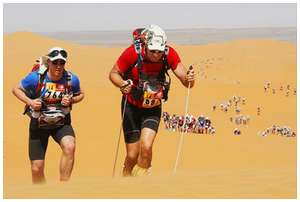 The Marathon des Sables is a 6 day long 243 km (151 mile) marathon held every year in the the Sahara Desert in Morocco. This marathon race requires running on uneven rocky ground and over immense sand dunes of Sahara. It is considered to be the toughest foot race on planet Earth... 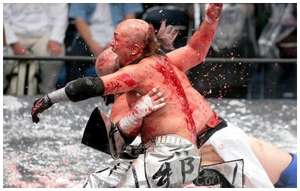 You have to hand it to the Japanese, they know violence sells and they market it like no other country can.
But this has to be the dumbest sport in history, two fat guys pounding each other with neon-rods until they’re both soaked in blood? I have no idea what this sport is called or who came up with the idea, but apparently... 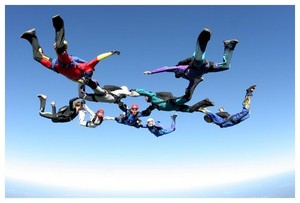 Are you into extreme sports? Whether you’ve actually partaken or just have a macabre fascination, extreme sports (also known as “X Games”) are the most entertaining of all sports - and at times the craziest (or dumbest depending on your opinion). Even if you think some of these people are crazy or downright stupid, you have to watch. There are roughly a hundred extreme sports that I’m aware of, but I’ve come up with a great list of the most brutal of them all.