You have to hand it to the Japanese, they know violence sells and they market it like no other country can.
But this has to be the dumbest sport in history, two fat guys pounding each other with neon-rods until they’re both soaked in blood? I have no idea what this sport is called or who came up with the idea, but apparently it’s very popular in the Land of the Rising Sun, despite it’s obvious stupidity. I’d rather watch some K1 or UFC any day, this is just like wrestling only with real blood. 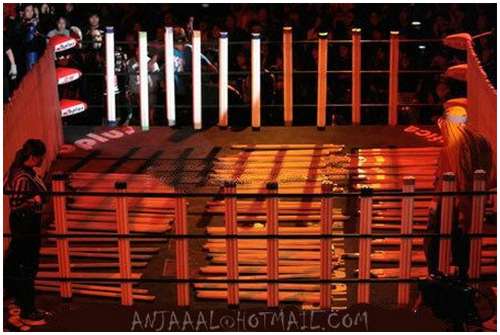 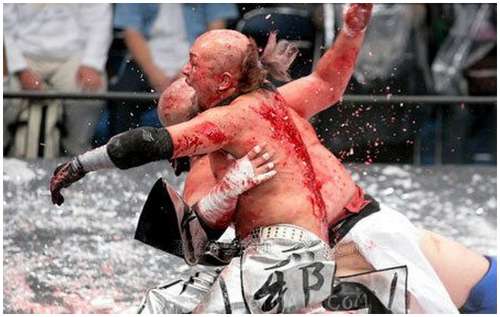 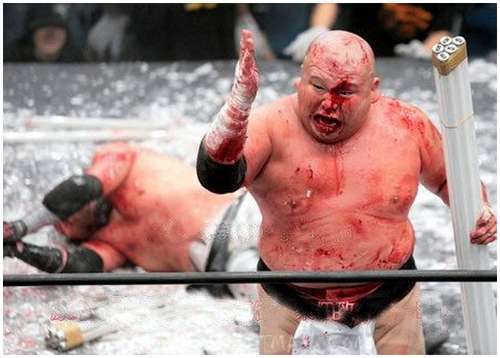 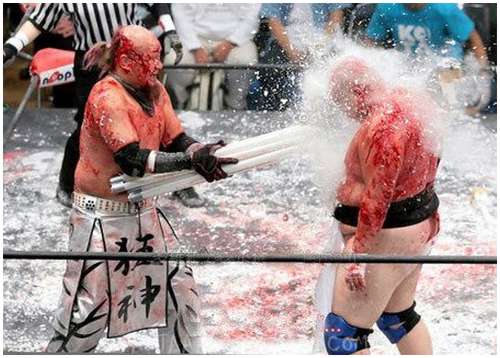 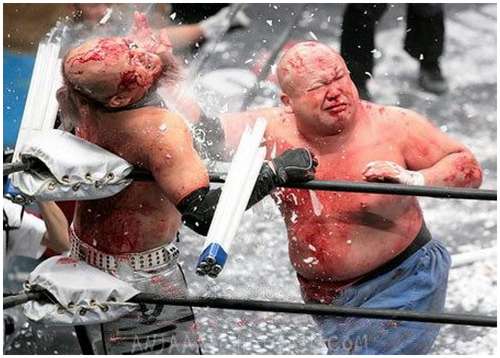 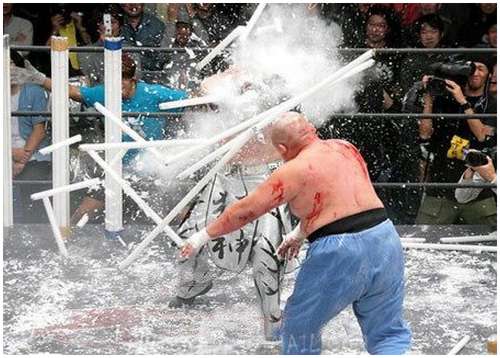 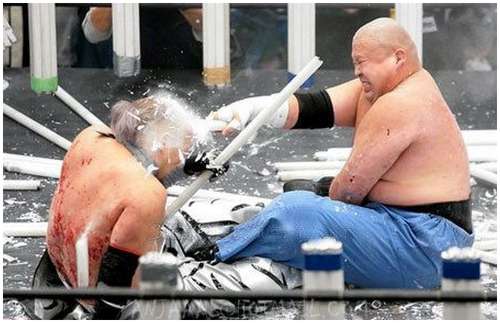 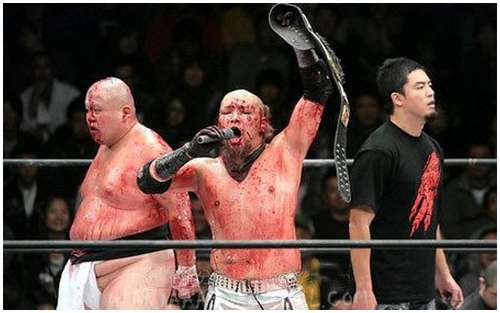 I wonder if those lamps are mercury free…if they’re not, do the fat guys know they could die from mercury poisoning?