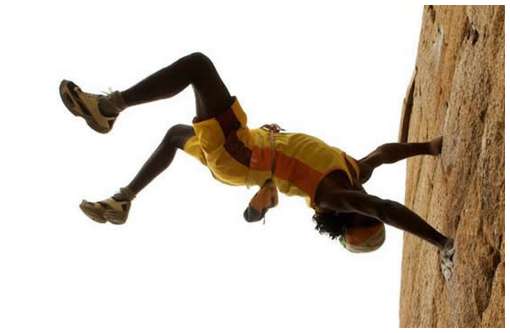 If you thought Spiderman lives only in Marvel comics and Hollywood movies, think again. Spiderman is real, his name is Jyothi Rai and he lives in India.
The 22-year-old former builder spends most of his time entertaining tourists by acrobatically climbing Chitradurga Fort. He fearlessly and effortlessly goes up 300-feet-high walls without a safety harness and hundreds of eyes watching from down below.
Young mister Rai says he developed his climbing skills by watching monkeys climb trees and trying to reproduce stunts from his favorite films. He hopes he’ll soon be recognized as the world’s greatest climber.
The real Spiderman says he has never wore safety equipment and has never had one accident. He believes his ability to see footholds others can’t is proof he was born to climb. He practices every day and does Yoga to maintain his flexibility.
A big fan of French climber Alain Robert, Jyothi Rai hopes to achieve his success and one day open a school for climbers.
Watch the video at the bottom, it’s really something!
source: here 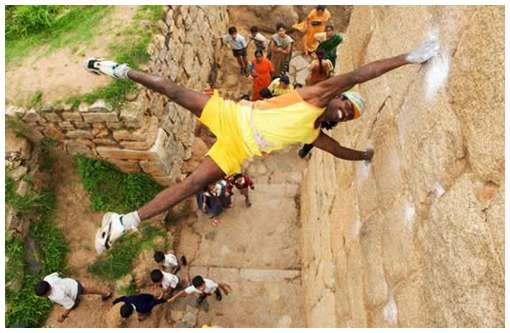 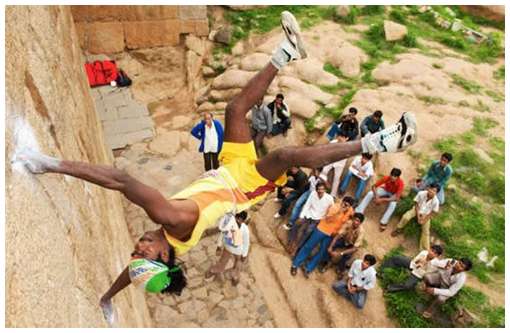 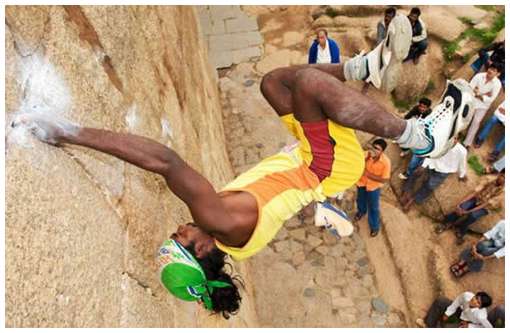 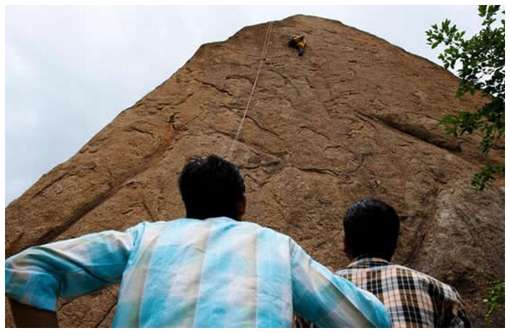 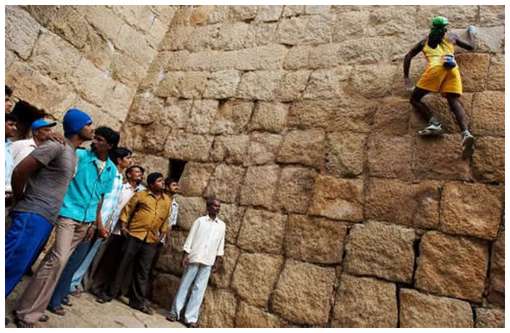 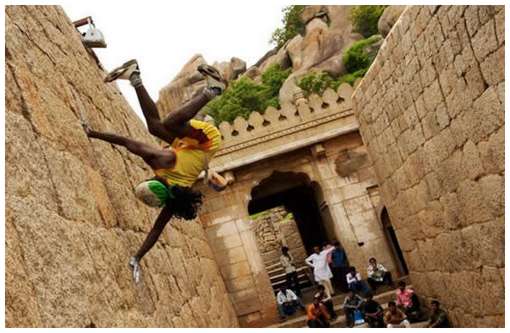 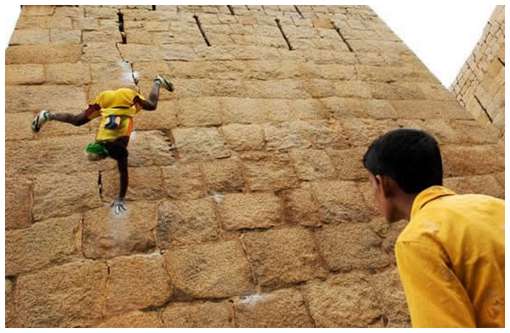 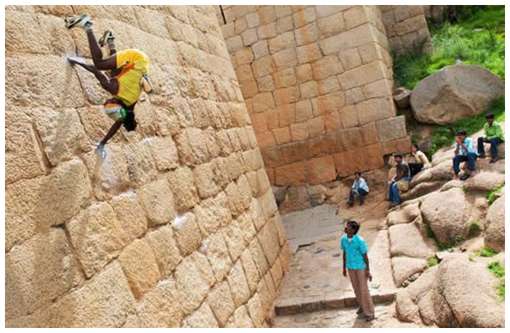 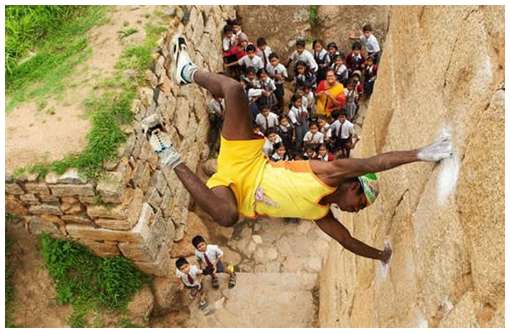 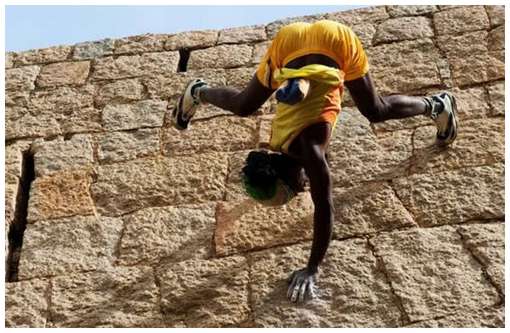 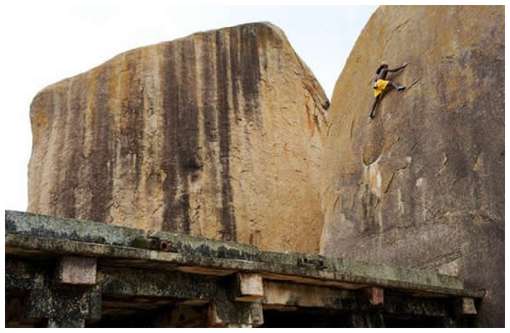 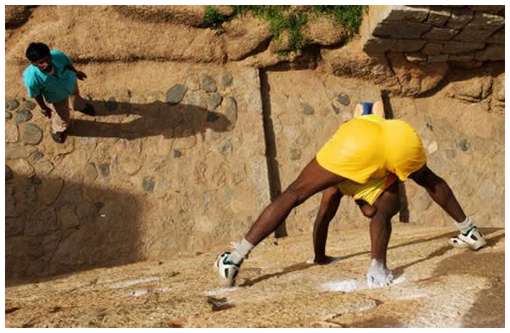