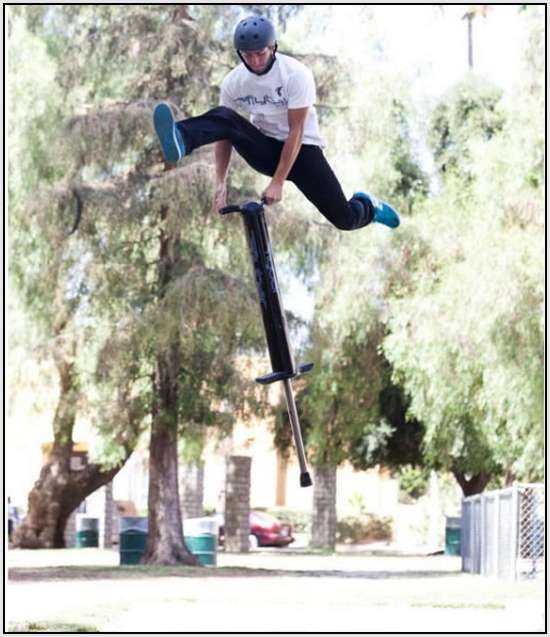 Fred Crzybowski, a 20-year-old from Los Angeles, is known as “the Tony Hawk of the pogo world” for the extreme pogo-stick jumps he can perform.
Fred, who started using a pogo-stick at the age of eight, is the current record holder for the most consecutive backflips, which stands at nine. He has appeared in motion pictures like Mister Magorium’s Wonder Emporium and hopes he will get new gigs in television and movies.
This young pogo-stick master’s dream is to bring pogo-stick jumping at the same level as other extreme sports like skateboarding or rollerblading. He says technology has made significant improvements and pogo-sticks are no longer just toys, but powerful tools that can help jumpers perform serious stunts. He uses a Flybar pogo-stick, designed by SBI Enterprises, that can lift a 250-pound man five feet in the air, but he gets way more out of it.
Like all extreme performers he has had his share of accidents, including a split lip that took 30 stitches to repair. But that won’t stop him from jumping over cars, staircases or other obstacles, any time soon. 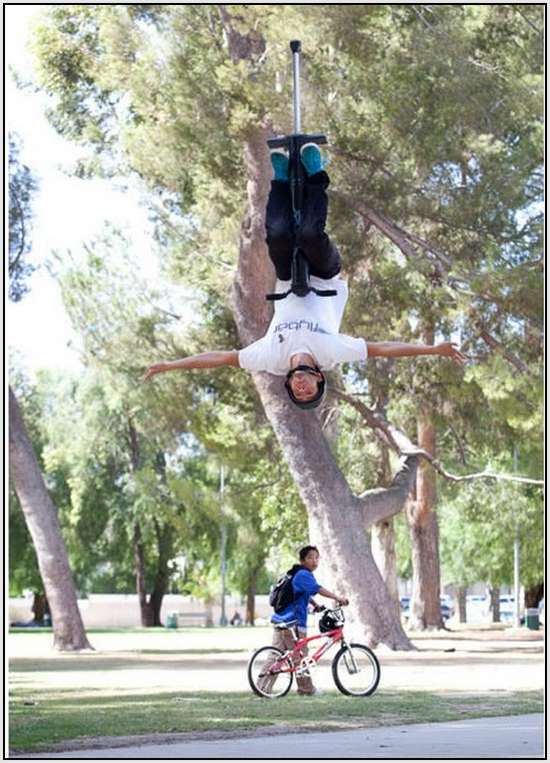 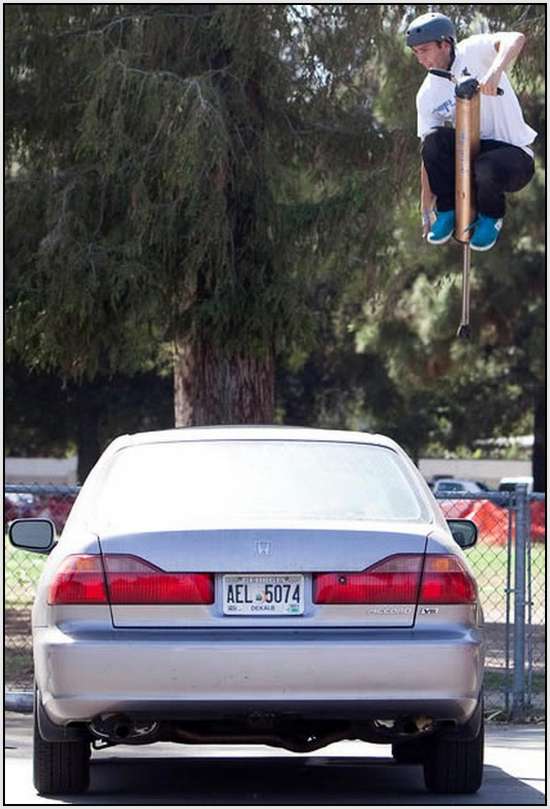 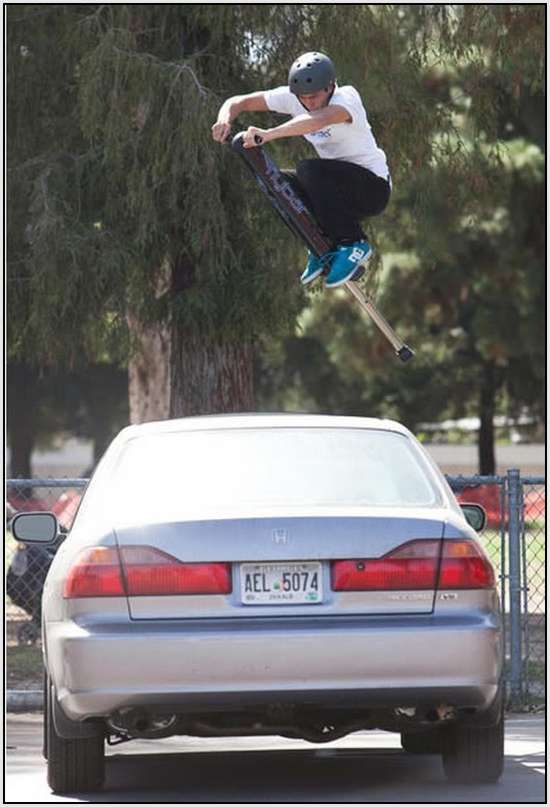 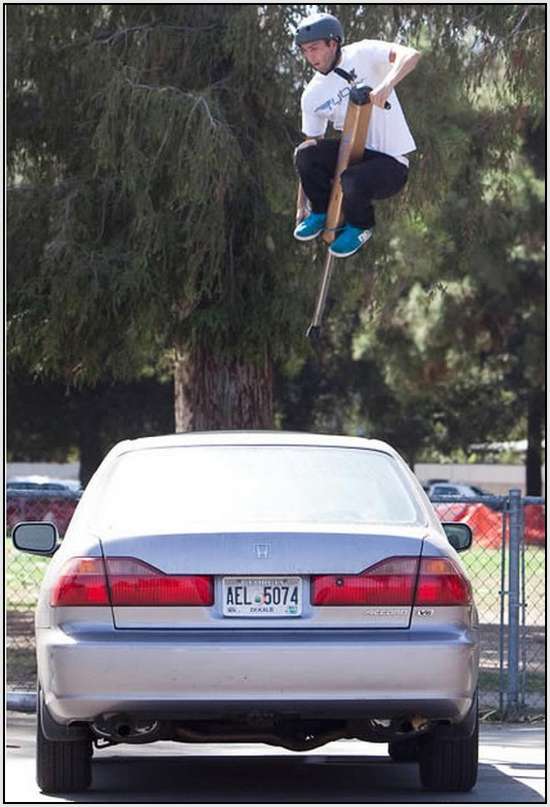 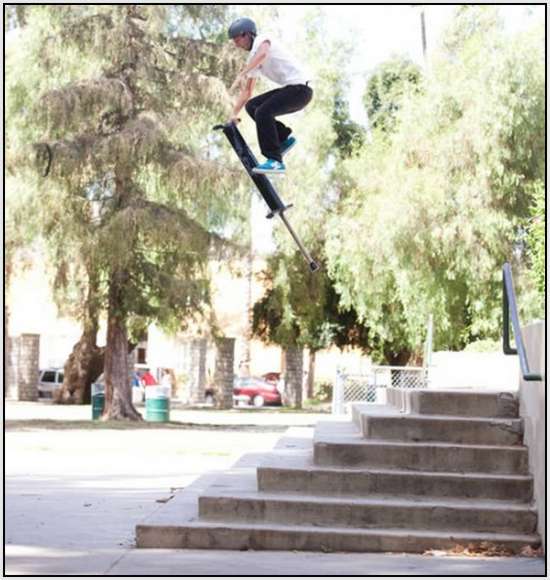 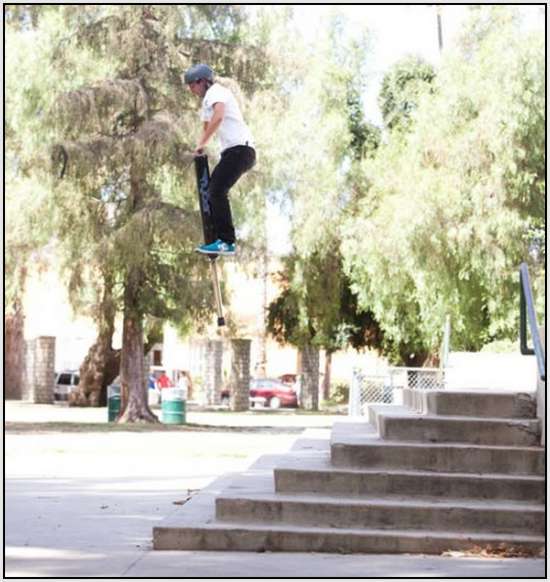 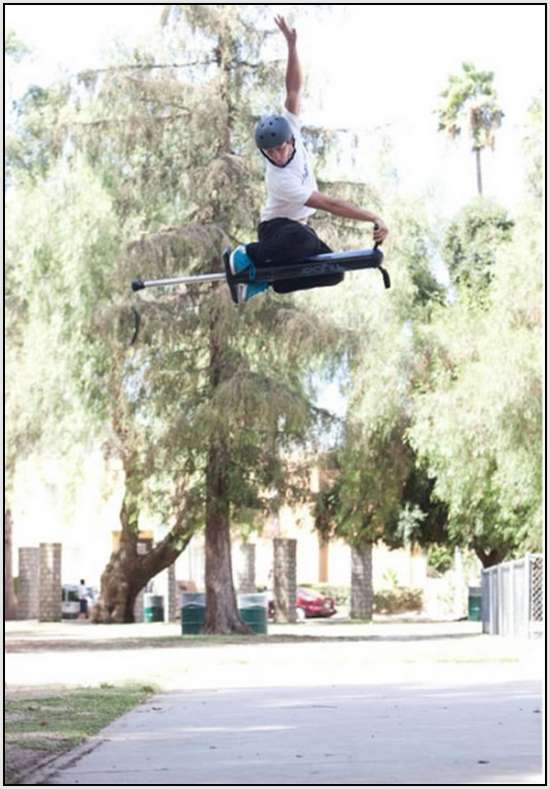 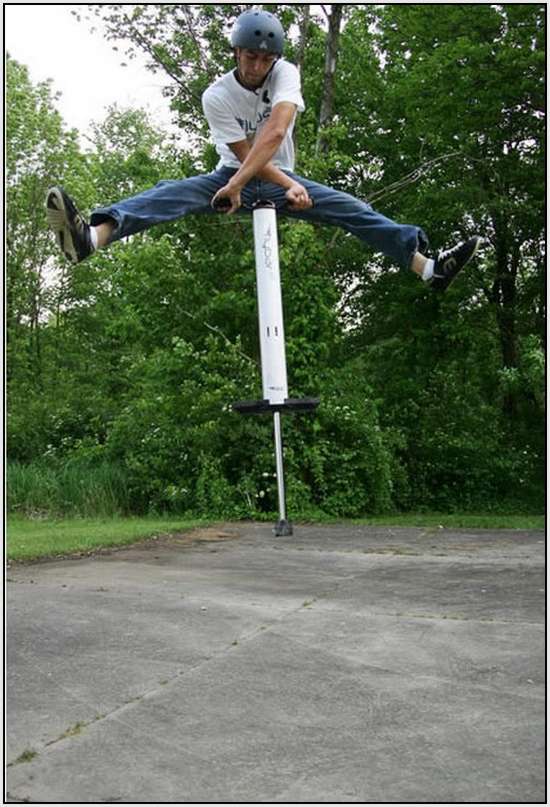