Invented during the 1930s as a cheap form of recession entertainment, donkey basketball remains a popular sport in midwest America.

Basically, the tow four-player teams have to shoot hoops while riding on the donkeys. The animals often just lay down, crushed by the players’ weight and, in these situations, competitors are allowed to dismount and drag the donkey to the hoop. Donkeys can carry up to 68kg, but many of the donkey basketball players weigh considerably more.

This unusual sport is played mostly in school gyms, by school staff and local celebrities. PETA has denounced donkey basketball as animal cruelty, but the folks in Iowa, where these pics were taken, say they don’t pay much attention to that. ‘We’re just a bunch of good ol’ boys and farmers down here in rural Iowa, so we’re not worried about PETA.’ said Angela Stufflebeam, event organizer.

Before the beginning of a donkey basketball match, an announcement is made, saying the animals are treated humanely. But protesters say the donkeys are starved so they don’t defecate during the match, they are often kicked, pulled by their tails and ears, and get stressed by the chaotic atmosphere.

Donkey basketball has been banned in Portland, Oregon, Indiana, Ohio and Pennsylvania, but it’s still thriving in Iowa. 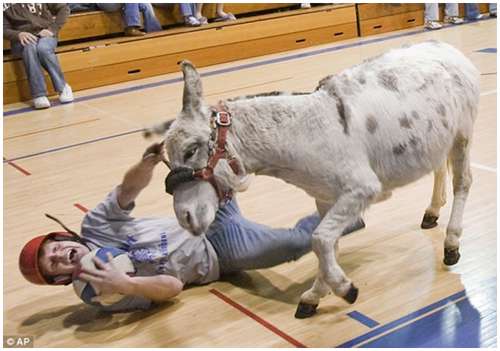 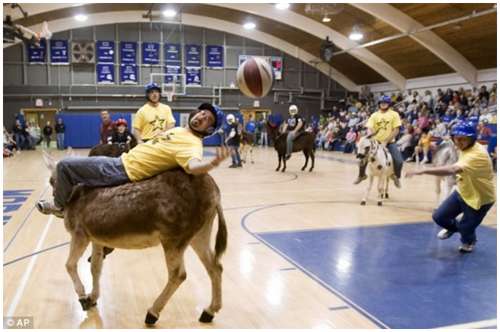 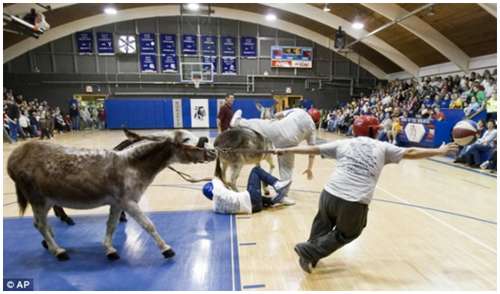 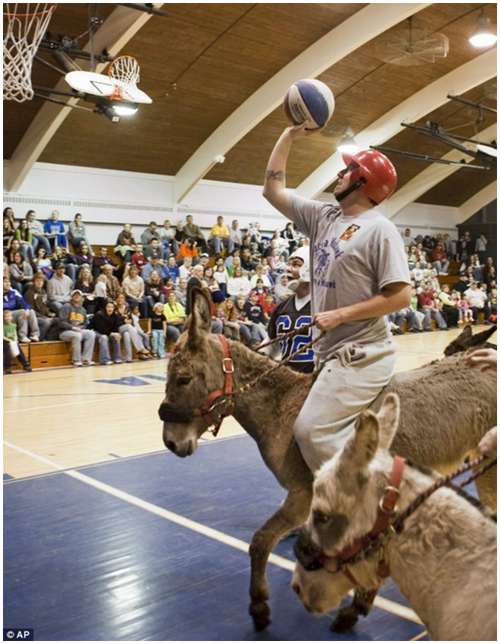