Rip-offs, errors and just plain stupidity, these Photoshop fails have it all. What’s worse is that they didn’t even try!
The paparazzi aside, the popular press has gone down hill. So has the quality of work being faked by the PhotoShop moron. Anyone with a computer and a card reader or scanner can make whatever they like. The only problem is, they are making whatever they like and avoiding the use of common sense. Here are some examples of so strange PhotoShop fails.

Seems when Miley  Cyrus and Nick Jonas were a couple she could keep her hand to herself, or other hand, or her other hand. 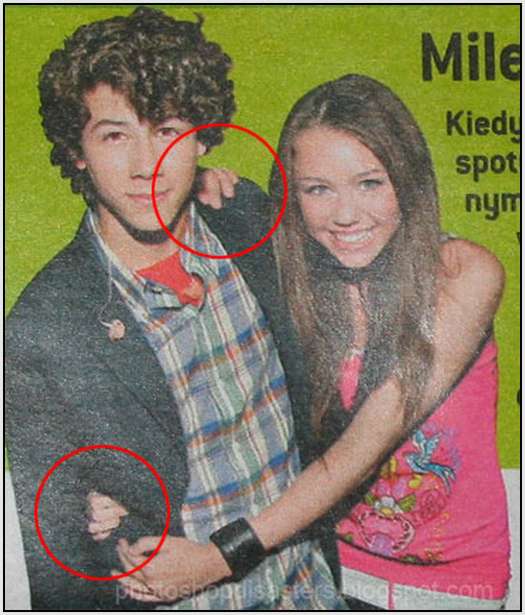 Lady Tripod (No, not THAT kind of tripod)

Extra appendages abound for Lady Guinevere. A hand to hold is worth two by your side. 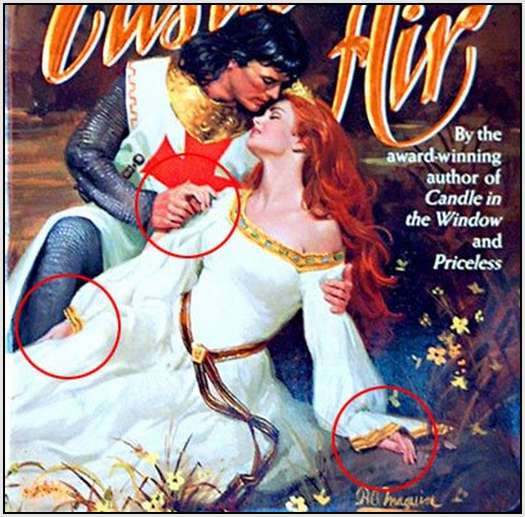 The Thing At the Beach

Pretty Lady takes Addams Family member to the beach.  This picture was obviously taken by Uncle Fester and she has an outing to the Annual wig show planned with Cousin It. 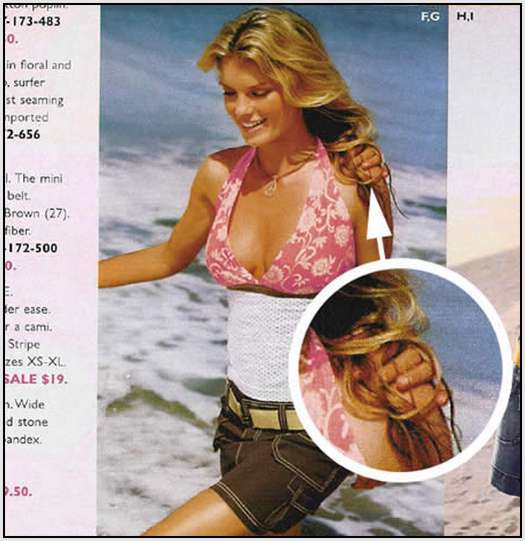 Those are some might frightening fingers on that lovely girl. Good thing she’s not a hand model. 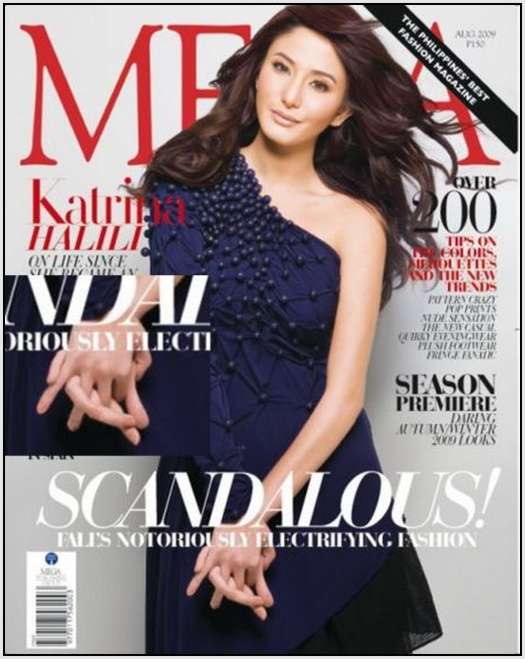 The offspring of Predator has just turned 21 and can be seen clubbing with her friends all over L.A. 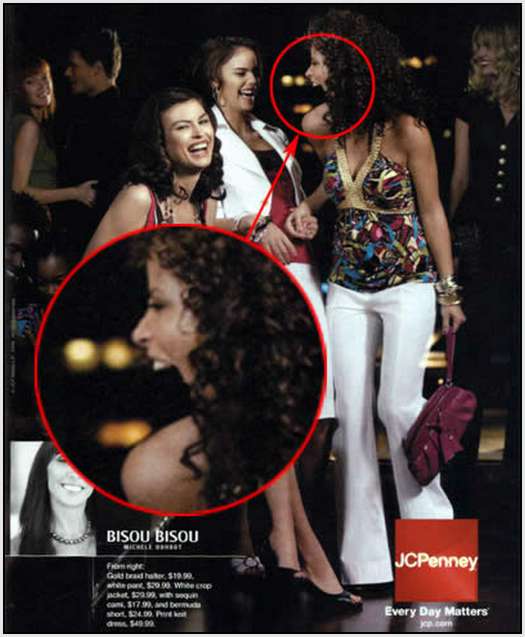 We are SO Gonna Get It

Now that is some product! Not only do you get curves it turns you white!? What the hell happened here? It might be a T-shirt, it might be another body. I don’t know, the the contrast is obvious. 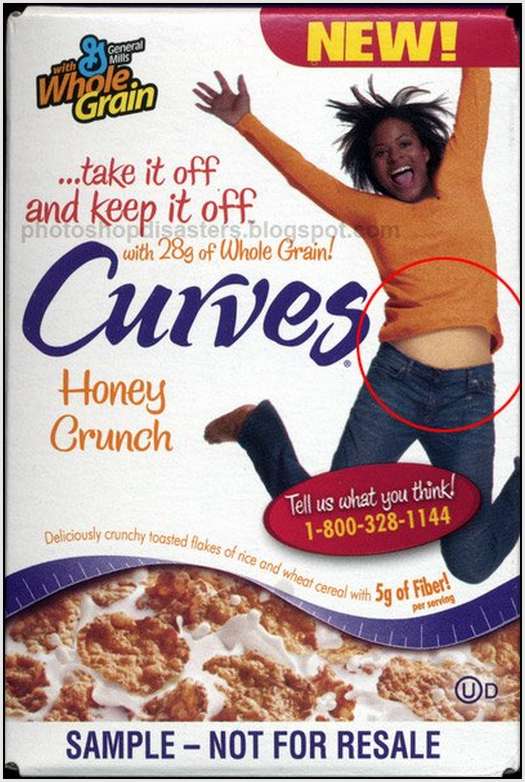 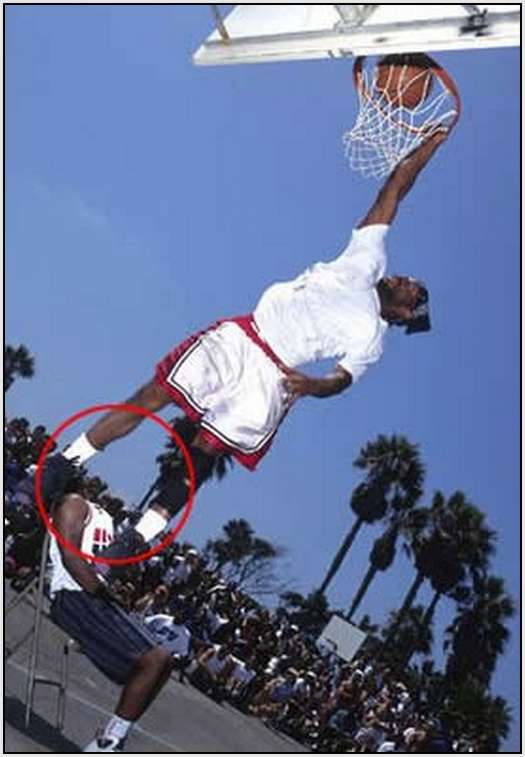 Man Overboard! They were sure Steve was there just a minute ago. This is crazy, why take ole Steve out? The Sun has a lot to learn about ripping people off. I thought Steve was way more interesting than the other guys. 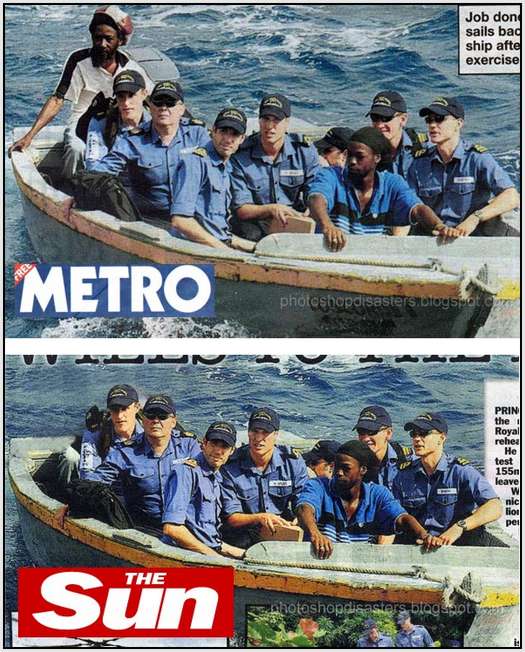 In the transition between the LP and CD, a middle format seems to have been lost. No worries, we found it. 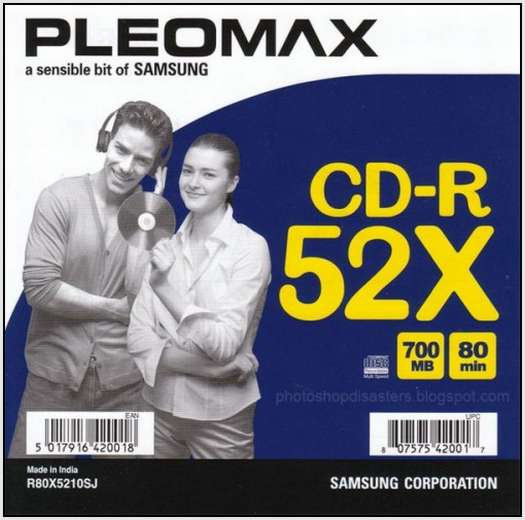 A black guy in a suit simply didn’t fit the corporate profile so instead, a no necked white guy was inserted. 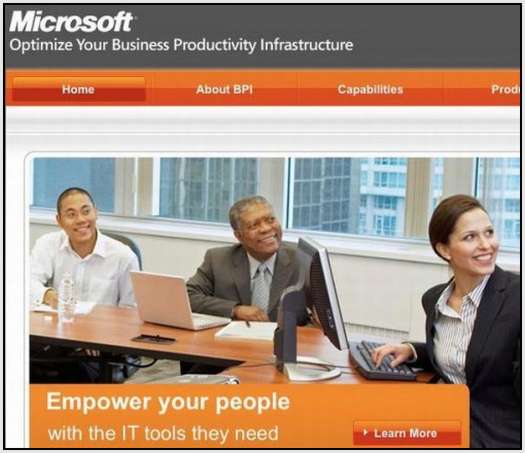 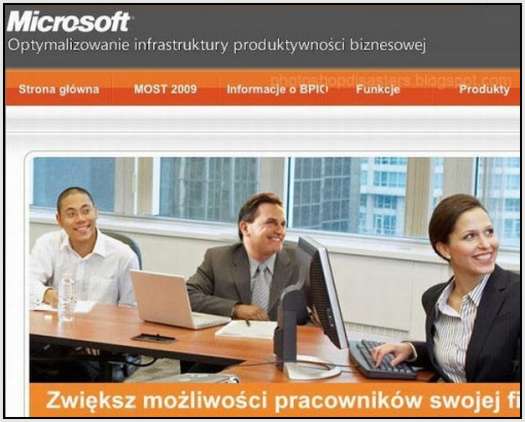