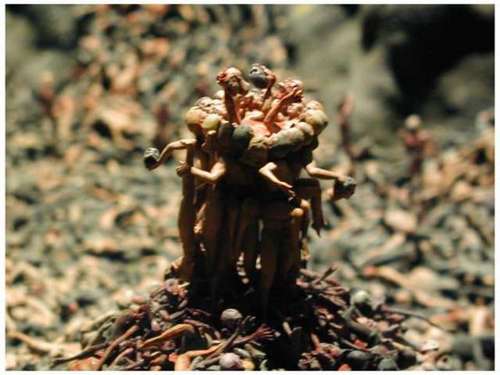 Like many artists of their generation, English brothers Jake and Dinos Chapman allude to an incredible amount historical reference in their work. This is particularly evident in a series (aptly) named “Hell” (1999–2000), of which portrays an apocalyptic vision of hell on Earth as war, Nazi atrocities, concentration camps, and mass executions with thousands of miniature figures taken apart and put together again. These were arranged in nine glass cases laid out in the shape of a swastika and later destroyed by the artists. Dinos Chapman is reported to have shrugged off the loss, saying, “We will just make it again… It is only art.” 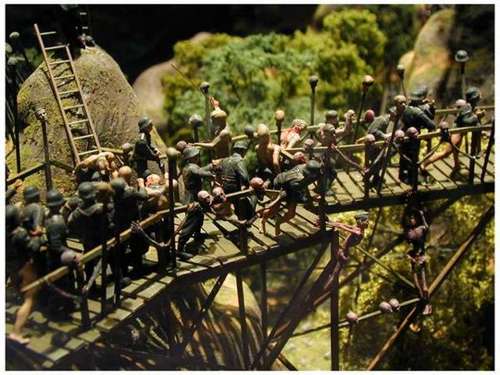 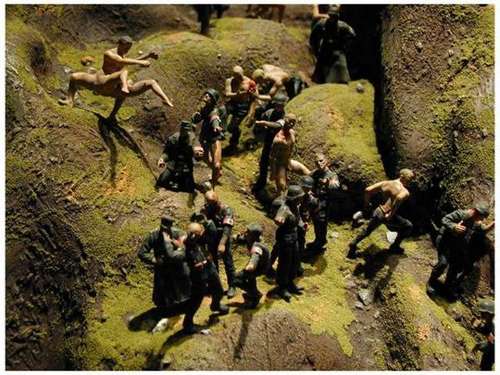 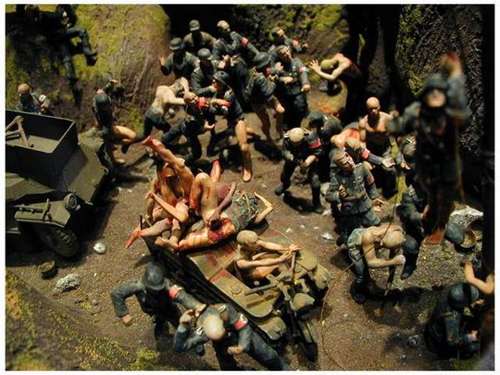 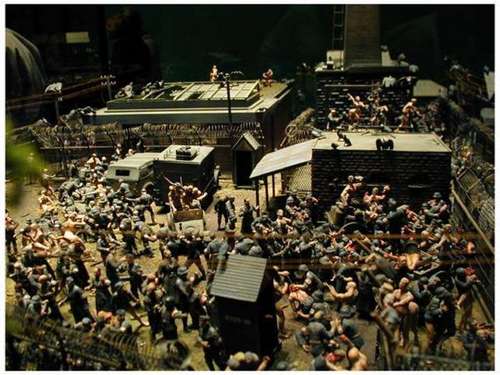 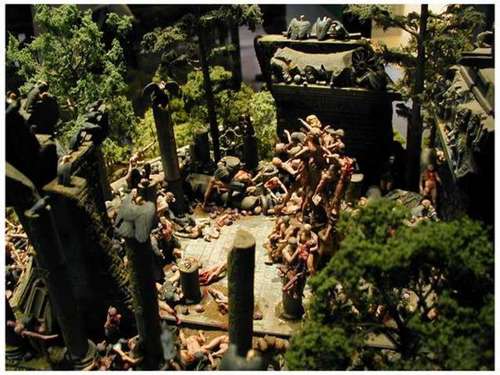 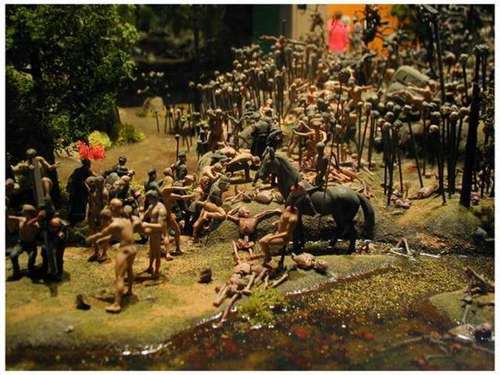 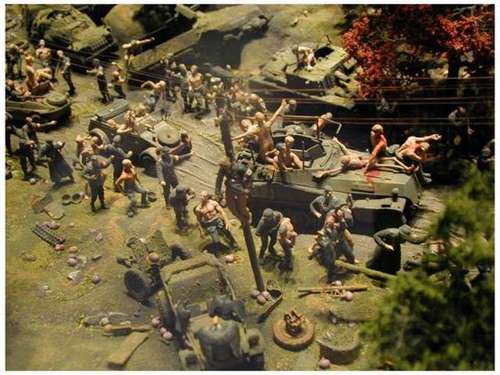 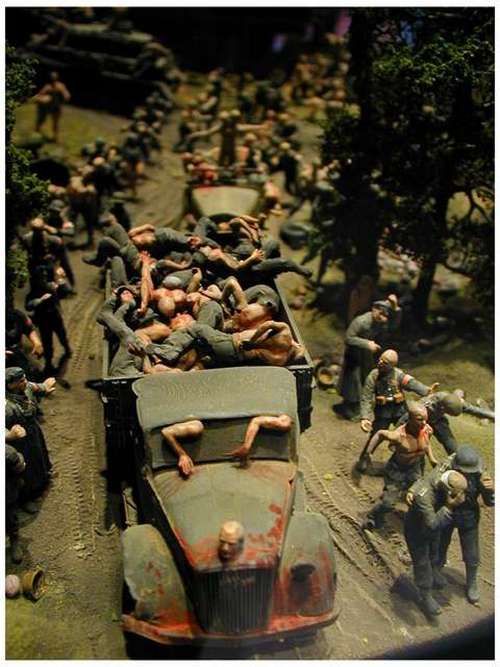 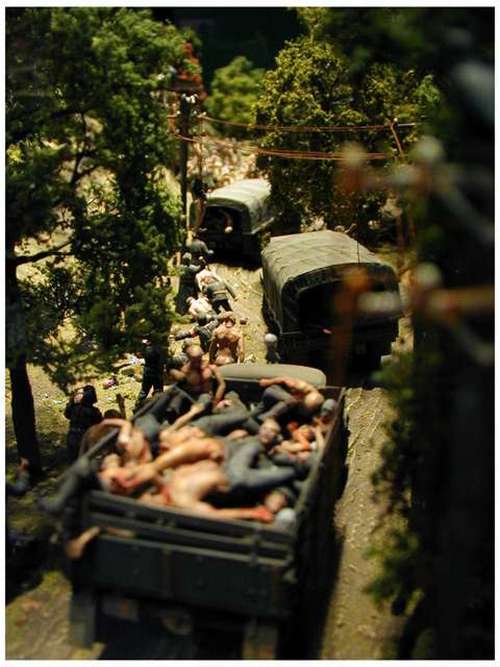 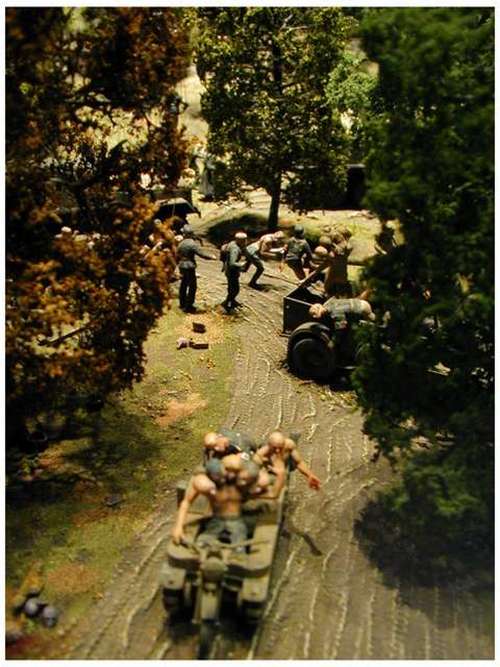 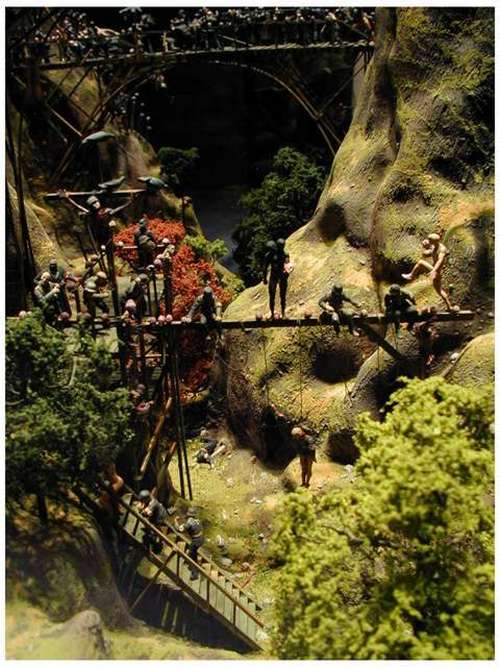 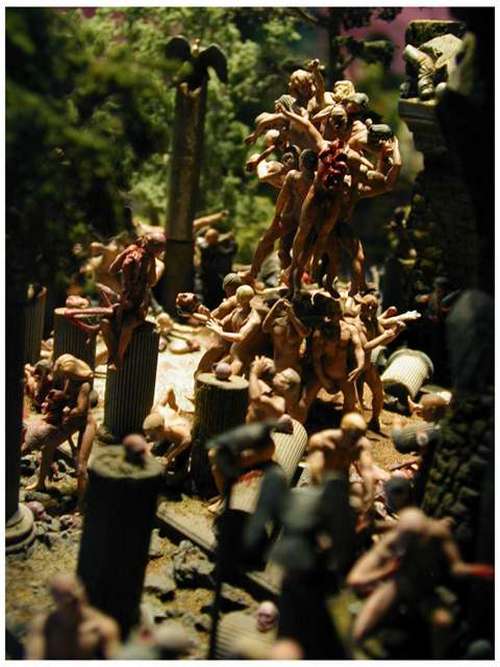 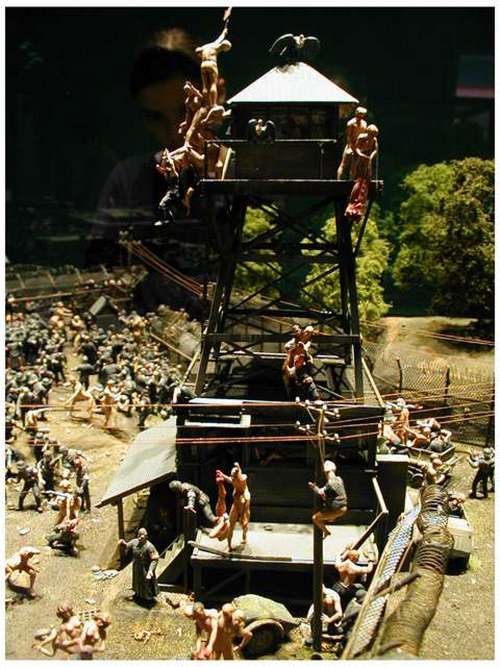 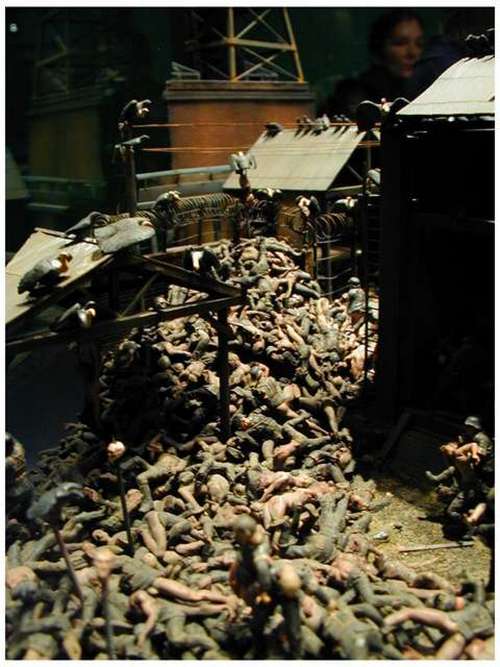 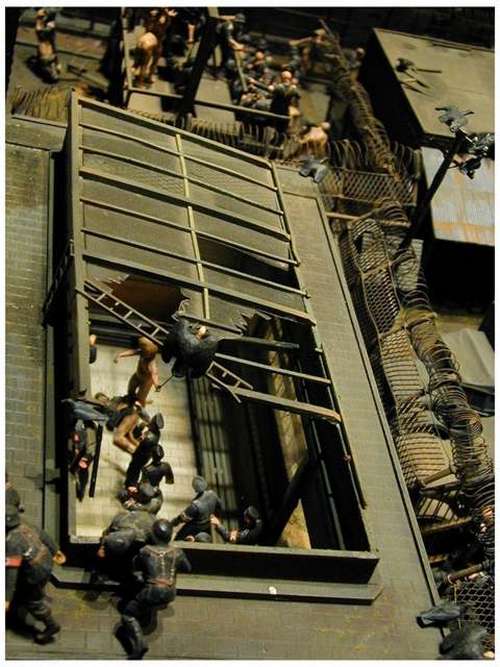 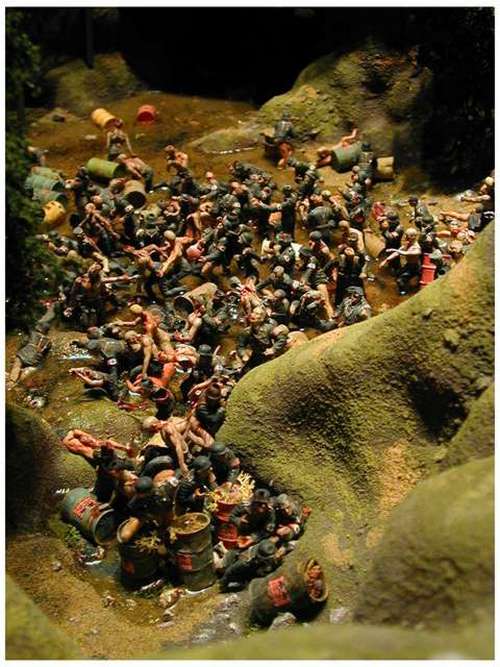 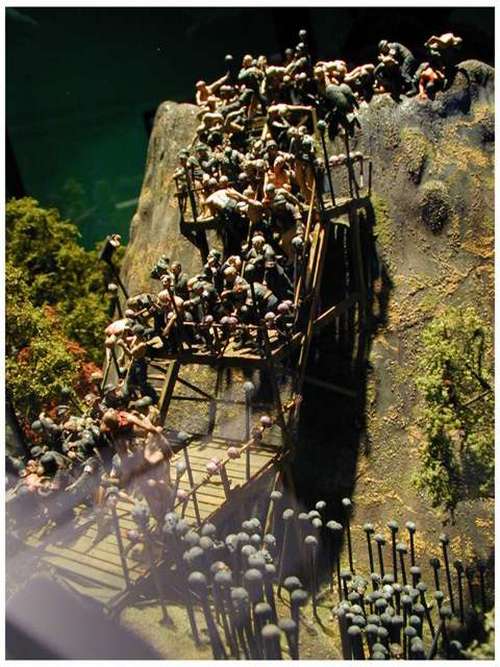 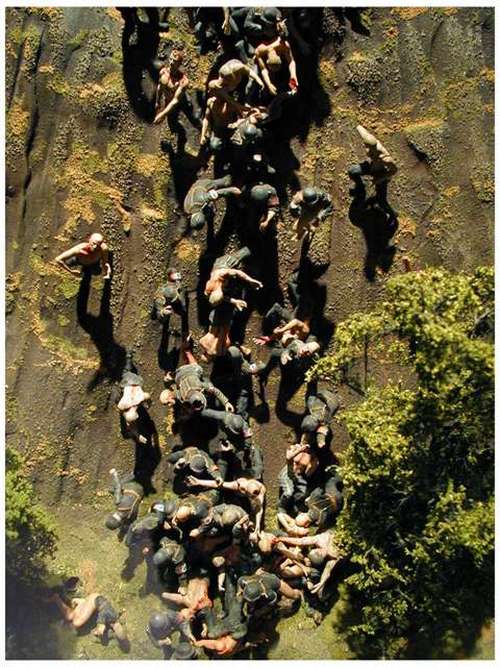 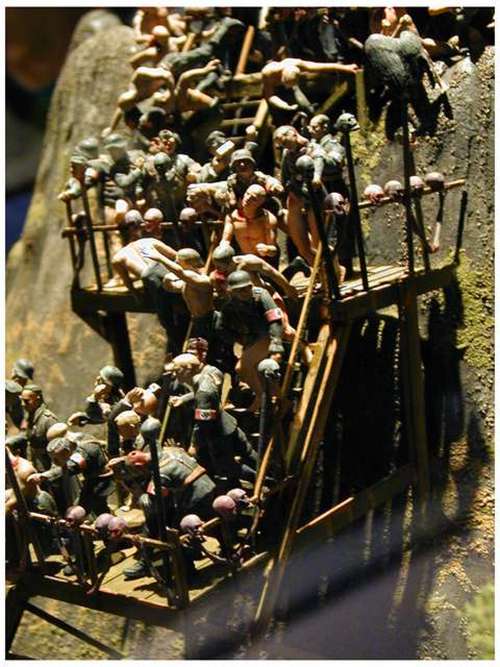