The History of Hunting With Dogs 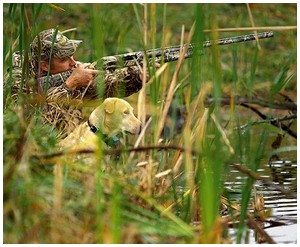 Perhaps one of the oldest activities on earth is hunting with dogs. The history of hunting, as a consequence, is also one of the most complex and diverse. Hunting for food has always been something that human kind was obligated by nature to do, dating back to the very beginning of any civilizations known to the human kind. As a result of the above mentioned, there have been literally thousands of weapons as well as devices used for hunting purposes. The long and complex history of hunting is way more complicated than any other history in the world, as it dates back to the begging of the human race.

In order to fully understand this history, humans need to break down and study each era where hunting has been a crucial part of life. Although there are very exact timelines of when certain weapons or guns were manufactured, understanding the great importance of hunting should be done on a far broader scale. There is a lot more to the history of hunting than when the gun was initially created. Regarding hunting dogs, some were developed for waterfowl such as the retrievers because they have the ability to go into the water and bring back to the hunter the downed bird. Other dogs were created for upland birds, like the pointers or the setters.

Dogs played an important role in the development of the hunting history as it helped humans survive and even today they are used for hunting purposes. Although for a lot of people, hunting with dogs it is considered to be a sport, for many other people it means survival and putting food on the table. In the prehistoric periods, people hunted for food as well as leather for clothing and fur but as the society became less nomadic and agriculture expanded, the importance of the hunting activity diminished but didn’t disappear.

Even in the 13th there were a few laws regarding the fact that people were forbidden to hunt during the breeding season in order to insure the conservation of game animals. The gunpowder and the firearm are quite recent but bows, arrows, snares and traps have all been used to animals. The hunting dogs were created in order to point and “set” game birds thus allowing the handlers to toss a net over birds. The faster dogs were primarily used for chasing down game. Falcons and eagles have been used in the capacity of hunters. With the domestication of the horse, the human had a means of speed to get alongside big game such as the bison in the North American continent.

The early hunters used methods of digging pits as a game trap and running larger game off the cliffs as a means of survival. Nowadays the most common hunting methods are: still hunting, stand hunting, stalking and driving. Still hunting consists of tracking animals when it is known they are in the area but they are not sighted. Stand hunting is about taking a position and waiting for the game to go by. Stalking takes place when the targeted animal is spotted but out of the hunter’s range and he moves within that range while trying to stay out of sight. Driving is done when a group of hunters deliberately make noise in order to drive the animals in range or past armed hunters.

All things considered, the hunting activity played a major part in the development of the human kind and still is very important for some people not only as a sport but also as a primary way of survival in remote exotic areas.