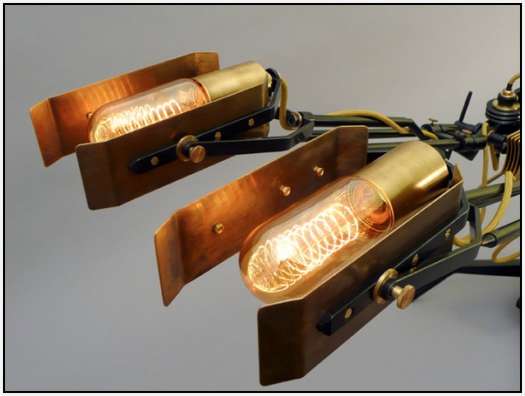 Frank Buchwald is a Berlin based designer whom has created this inspiring series of lamps, the idea he says was developed over many years of dealing with the nature of modern technology, especially the mechanical artifacts of the industrial age.
A common mistake of our time is the belief that machines are solely products and artifacts of human planning, design, and manufacture. Working on the machine lights was for me a guarantor and a constantly new examination of something hidden that interweaves and shapes the sphere of the machine like a secret principle… 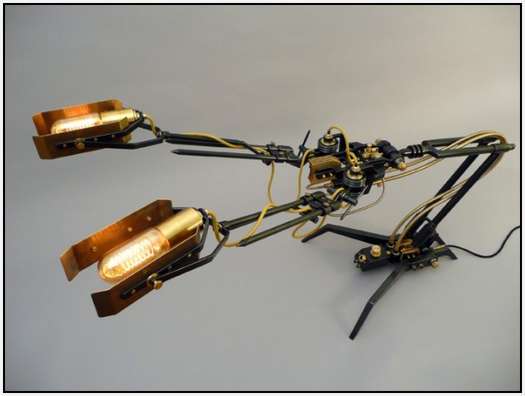 Buchwald  also notes that the models were not simply a spontaneous moment of realisation and inspiration, but rather a long process. It took a long time until the moment was reached in which it could be said that the objects had a meaningful form and the designs were moving in the right direction. 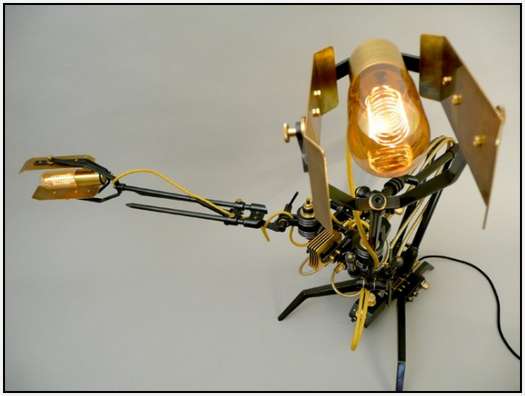 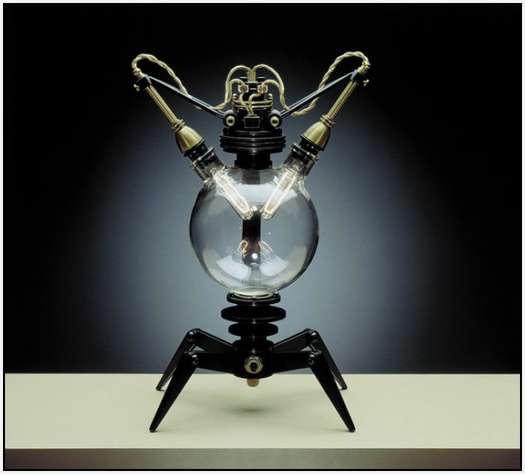 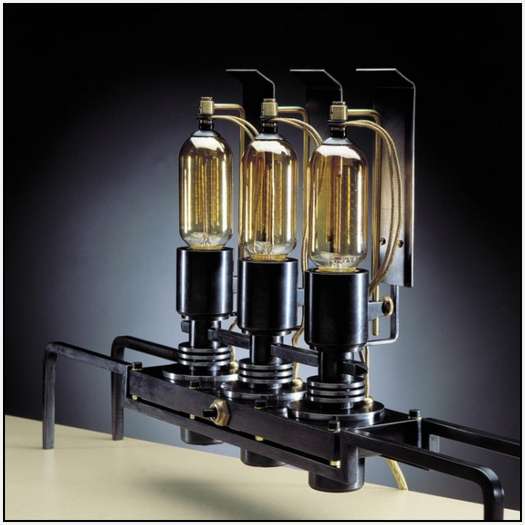 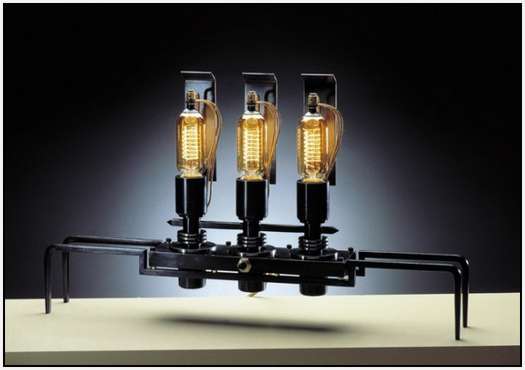 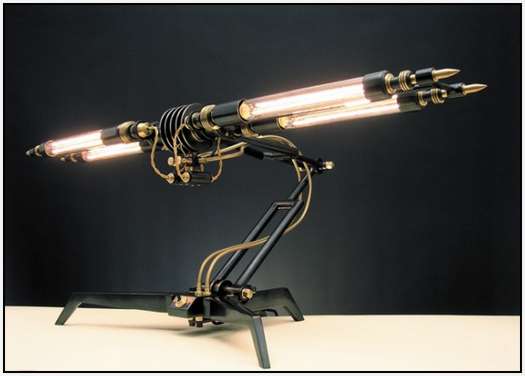 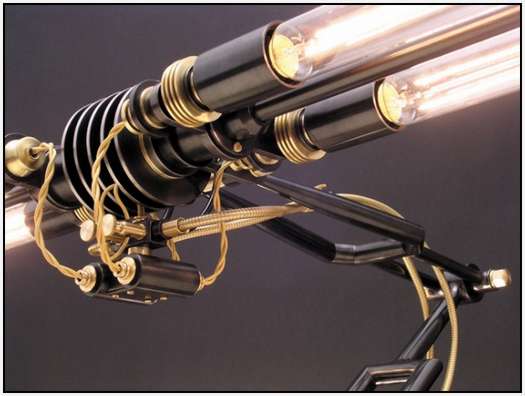 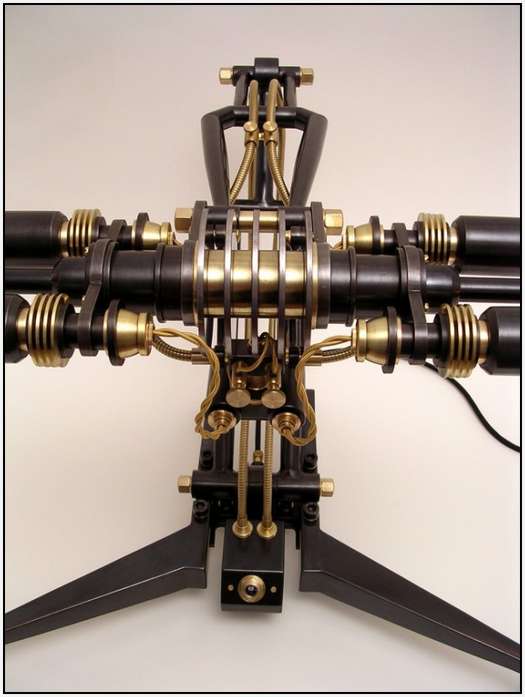 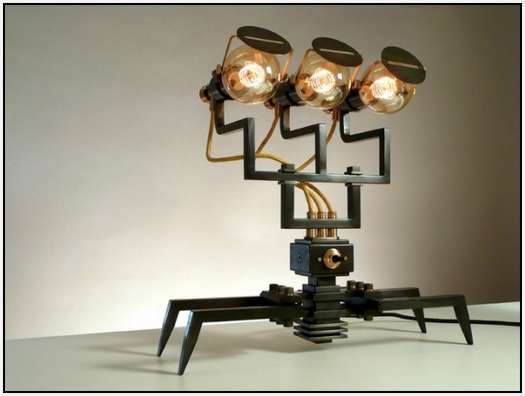 Buchwald has captured the raw energy and excitement of industrialization, and has bundled it into these desktop sized, mechanical objects.
This is just a small sample of Buchwald’s work.. for more creative inspiration visit Frank Buchwald site