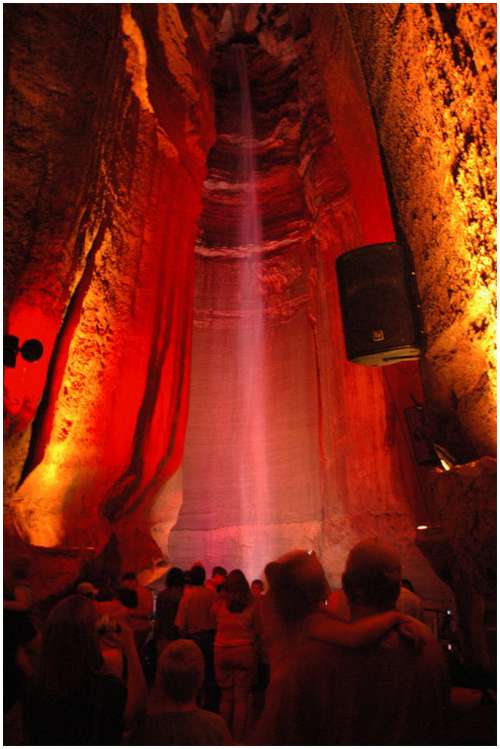 Ruby Falls is a 145-foot high underground waterfall located within Lookout Mountain, near Rock City and Chattanooga, Tennessee in the United States.
The cave which houses Ruby Falls was formed with the formation of Lookout Mountain. About 200 to 240 million years ago (in the Carboniferous period, at the end of the Paleozoic era) the eastern Tennessee area was covered with a shallow sea, the sediments of which eventually formed limestone rock. About 200 million years ago, this area was uplifted and subsequent erosion has created the current topography. The limestone in which the cave is formed is still relatively horizontal, just as it was deposited when it was below sea level. 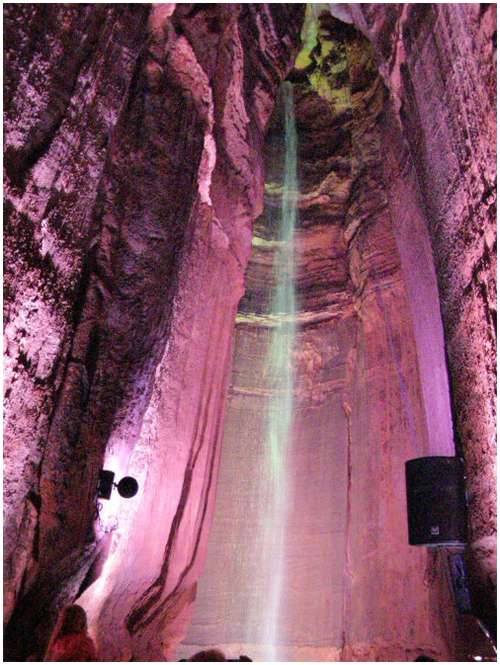 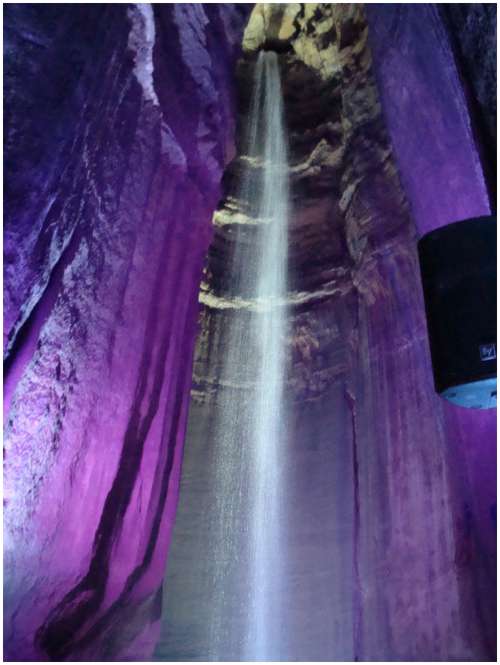 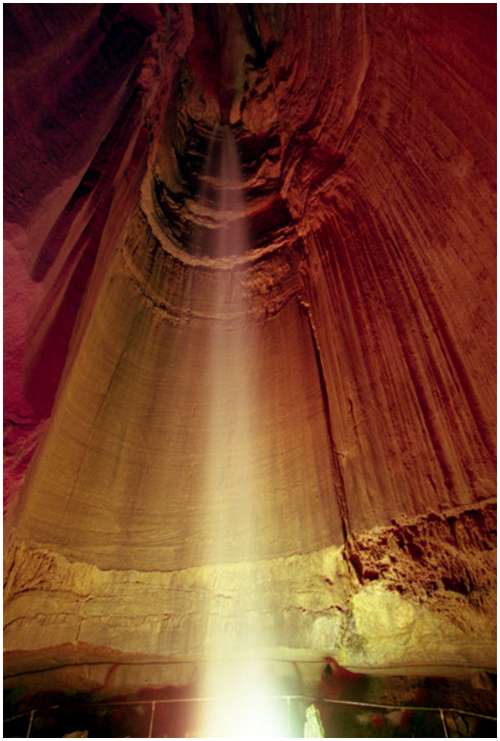 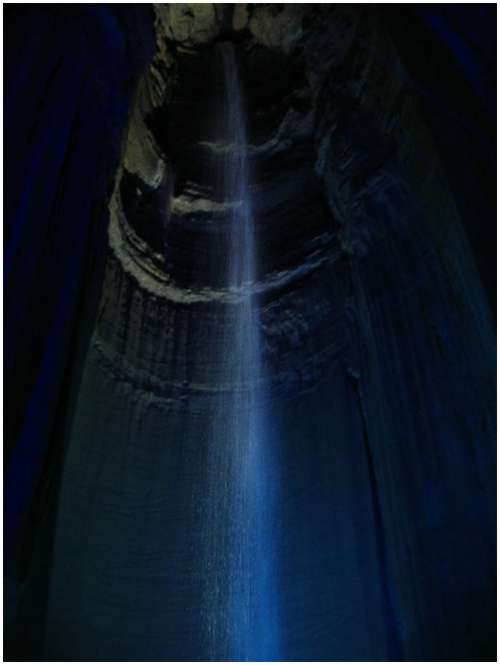 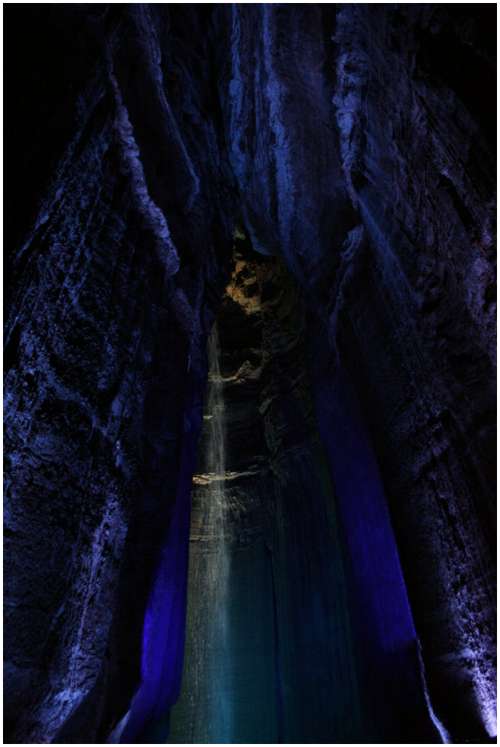 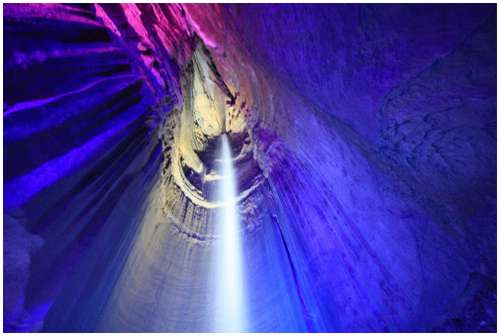 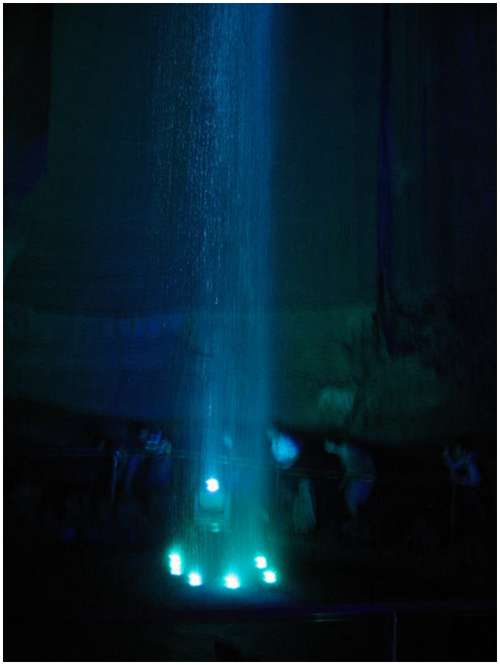 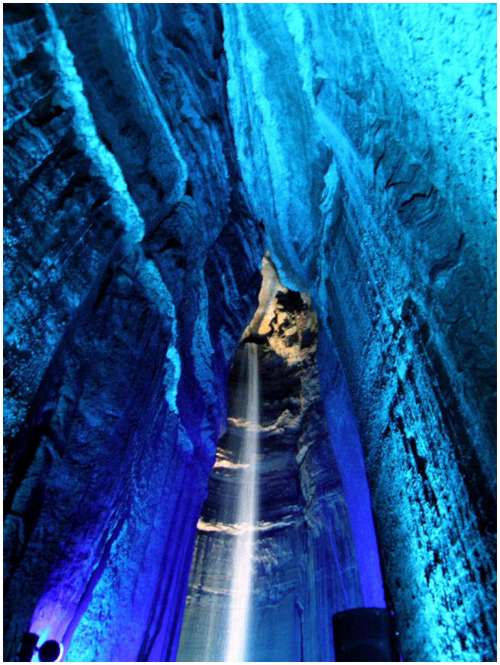 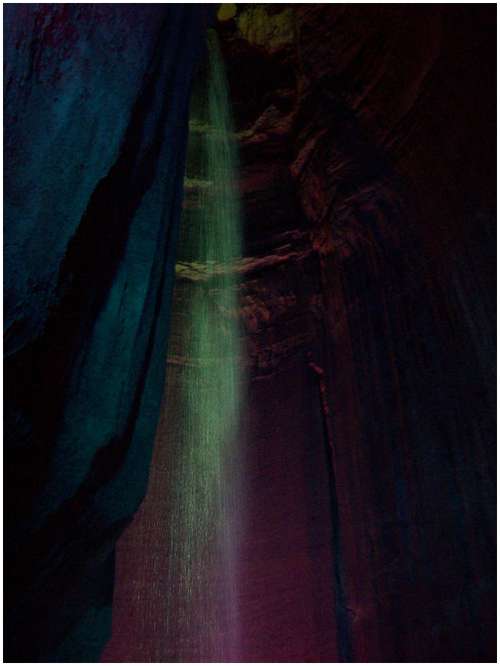 Electric lights were installed in the cave, making it one of the first commercial caves to be so outfitted. Motorists travelling on I-75 in the 70’s were subjected to dozens – maybe hundreds – of billboards along their route with the words “VISIT RUBY FALLS” beginning hundreds of miles north and south of the falls itself. Ruby Falls remains a staple of Chattanooga tourism, operating daily. Ruby Falls is owned by the Steiner family of Chattanooga, Tennessee.