Actually, this movie with Nicolas Cage can be a good one in the sea of the last poor movies… After the first look at the official trailer for the movie Grand Isle, it looks like a decent action-thriller with an interesting turnover… Two crazy guys, a beautiful woman, a detective, and a perfect storm… It sounds like a great start for the thriller film… 🙂

The story follows an unusual couple that lures a young man into their house when a big hurricane hits their area. Walter (the husband) offers a young man money to kill his wife, but that was just a bait for the following events… Eventually, the young man is charged with murder, and detective Jones has to reveal what really happened that night in the house… 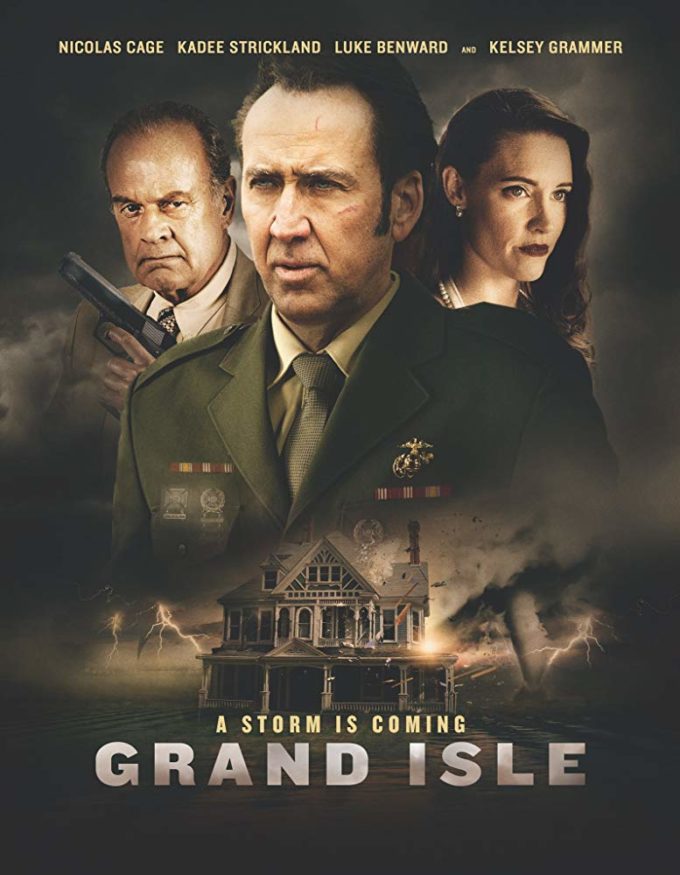 The director of the movie is Stephen S. Campanelli, a well-known cameraman and director, he has directed not so famous movies like Indian Horse (2017) and Momentum (2015), but he has worked on some really famous as Million Dollar Baby (2004) and Mystic River (2003). The movie Grand Isle is written by Iver William Jallah and Rich Ronat (The Rising Hawk (2019), While We Sleep (2019))

Take a look at the official trailer for the movie Grand Isle:

The movie Grand Isle will come to theaters on December 6.