Hey, do you know that there is a new app for your phone that tells you the exact time of your death? I mean, exactly in a second… A young nurse discovers the app and it shows her only 3 more days of life… She is trying to find a solution to trick destiny and escape from death… 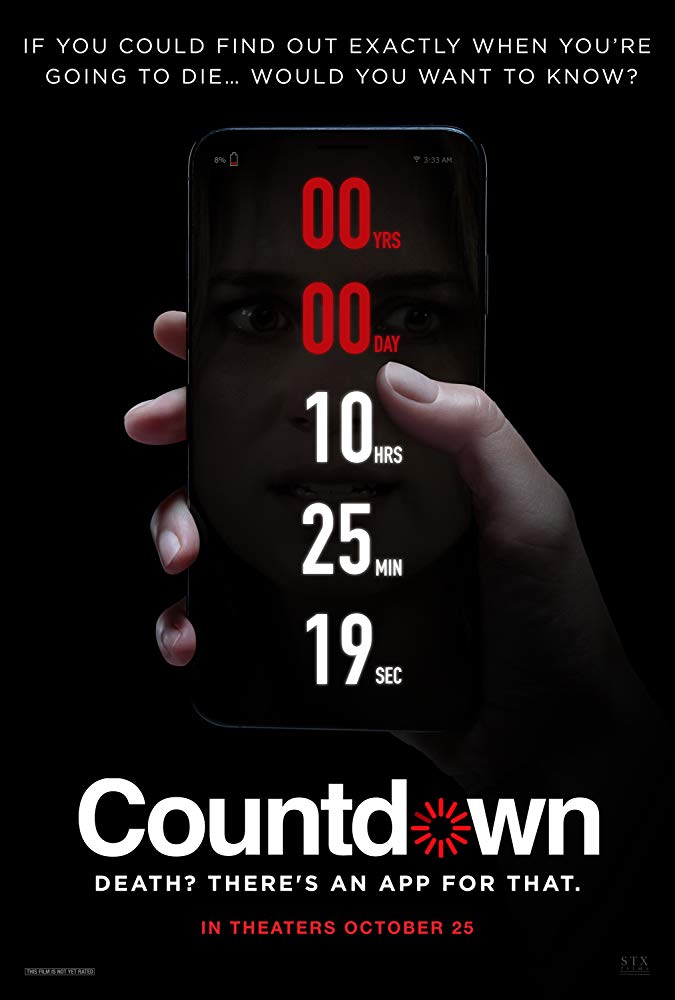 The director and writer of the movie is Justin Dec and this will be the first big-screen movie. He has directed TV movie Rolling (2008) and was involved in many other movies like I Am Number Four (2011) or Up in the Air (2009), with George Clooney in the main role.

Take a look at the official trailer for Countdown movie:

The movie Countdown will come to the cinema on October 25th.