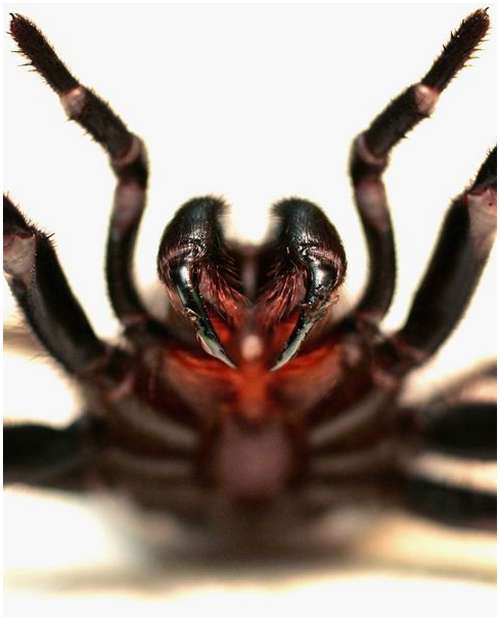 Funnel-webs are one of the three most dangerous spiders in the world and are regarded by some to be the most dangerous. Wandering males are thought to be responsible for the majority of fatal bites to humans, however this has not been proven. Males are aggressive and tend to wander looking for receptive females of their kind for mating. 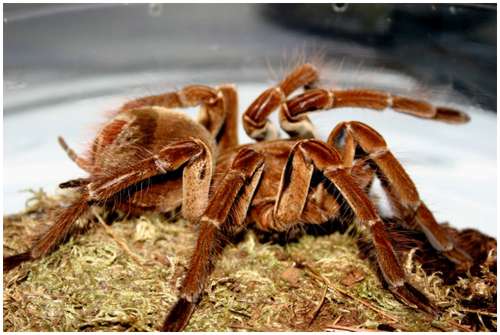 The goliath bird eating spider is an arachnid belonging to the tarantula family and is the largest spider in the world. The spider was named by explorers from the Victorian era, who reported the sighting to the Western world after witnessing the spider devouring a hummingbird. 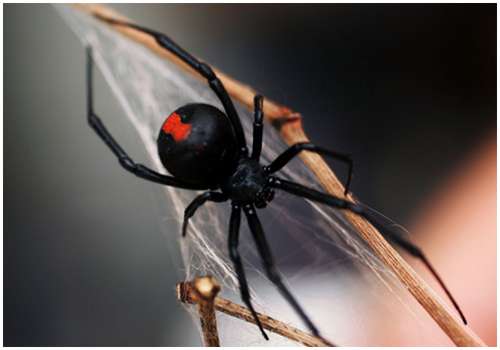 Resembling the black widow spider, the redback is a member of the genus Latrodectus (widow family) found throughout the world. Females measure about a centimetre in length while the male is only 3 to 4 milimetres long. The redback spider is one of few animals which display sexual cannibalism while mating. 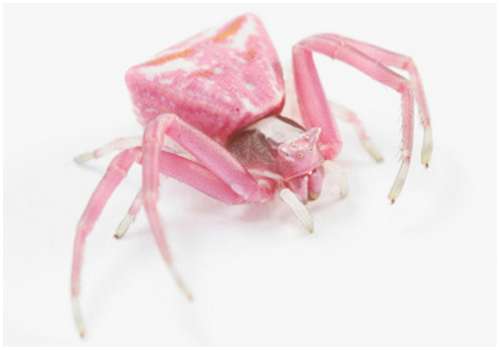 Most often found on flowers, lying in ambush for prey, crab spiders do not build webs to trap prey but are active hunters much like jumping spiders. Like crabs, these spiders move sideways and backwards more easily than forwards. 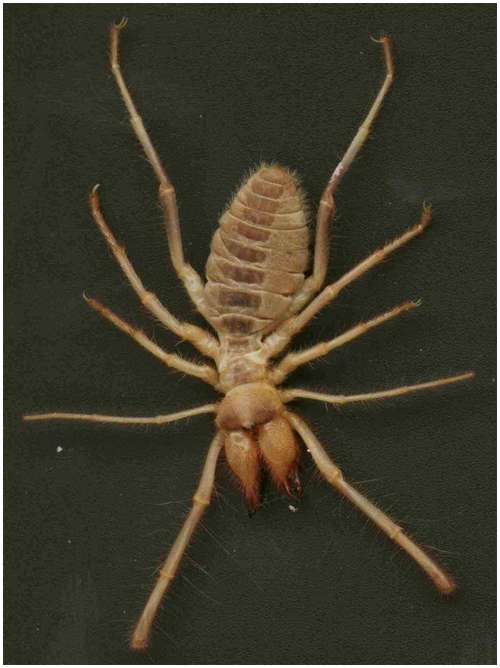 These terrifying creatures became infamous when American soldiers who had returned home from Iraq told of cat size spiders that could bite chunks out of human flesh. Solifugae are not actually true spiders but belong to a distinct arachnid order. 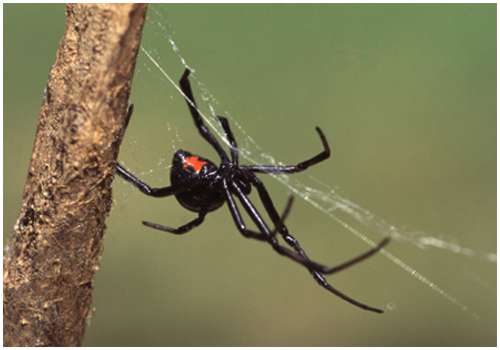 This sinister creature posseses venom 15 times more potent than that of a rattlesnake. Due to the great geographical range of the black widow, the highest number of deaths world-wide are caused by members of their genus. 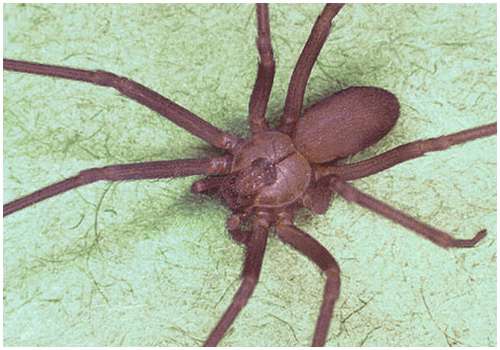 Brown recluse bites produce severe dermonecrotic lesions and severe systemic symptoms, including organ damage and even fatalities. Bites have been known to form a necrotizing ulcer that destroys soft tissue and may take months to heal, leaving deep scars. The damaged tissue will become gangrenous and eventually slough away. 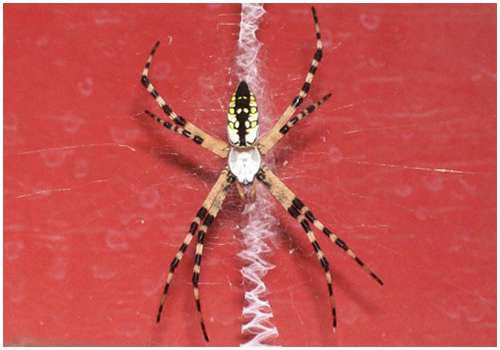 This large orb-web is often referred to as the St Andrew’s Cross spider due to it’s characteristic cross-shaped web. This species displays sexual size dimorphism, with females being many times larger than males. 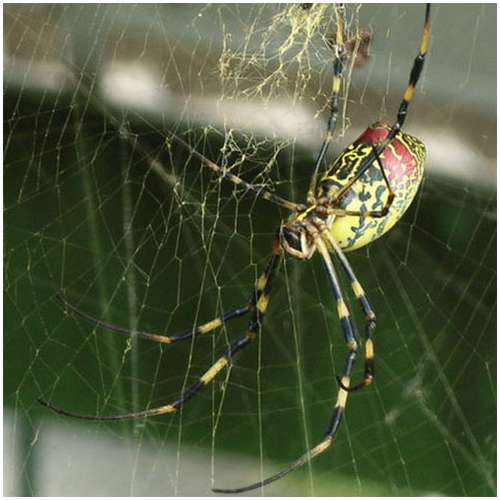 This colorful arachnid is a golden orb-web spider. Researchers in Japan have created a silk thread that is stronger, softer and more durable than conventional silk by genetically modifying silkworms with Nephilia drag line genes. Spider socks, stockings and fishing lines are expected to appear on the market within years. 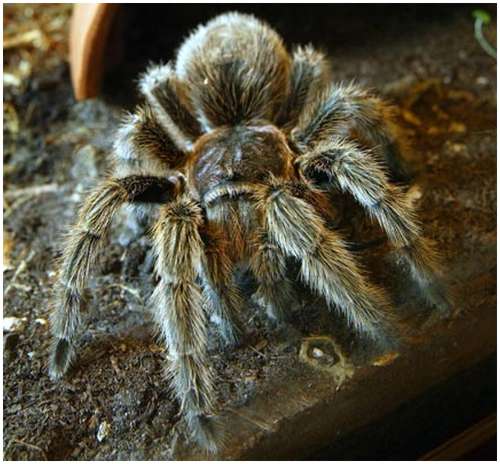 Although they look fightening, these tarantulas make brilliant pets. Females have been known to live as long as 20 years with the possibility that they may live considerably longer. 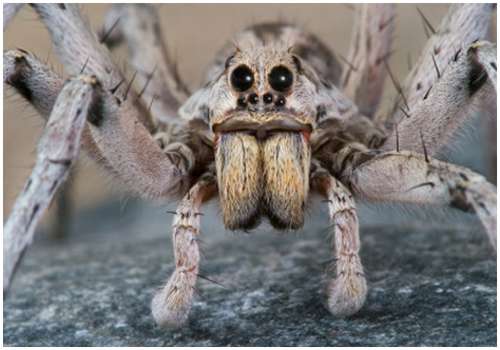 So called due to their ability to run down their prey, wolf spiders depend on their eyesight to hunt. Their sense of touch is acute. A bite may cause some itching to a human, but nothing deadly or major. 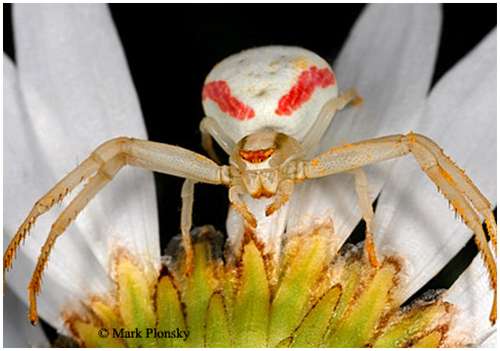 Goldenrod spiders are mainly found in North America and have the ability to change colour from white to yellow and back again. The colour change is made possible by the spider secreting a liquid yellow pigment into the outer cell layer of the body. 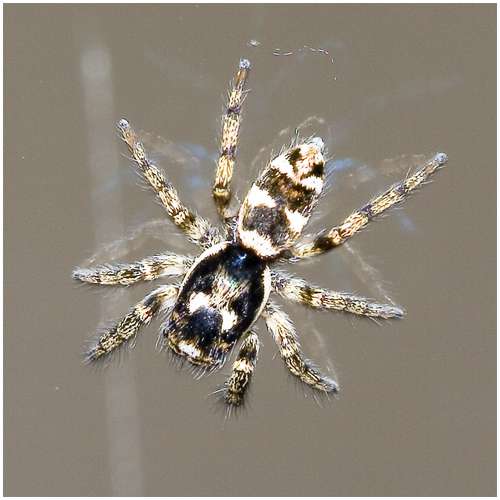 Zebra spiders are often noted for their ‘curiosity’ when observed, many seem aware of their audience and seem to respond by raising their head and looking back at the person. This spider uses its four pairs of large eyes to locate prey and it’s jumping ability to pounce and capture it. 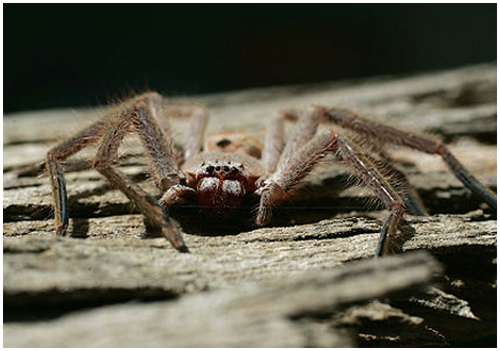 Huntsman spiders can grow up to a legspan of 12 inches and will bite if provoked. Huntsman spiders are not deadly to humans though, the victim will suffer only minor swelling and localised pain, recovering in a day or two. 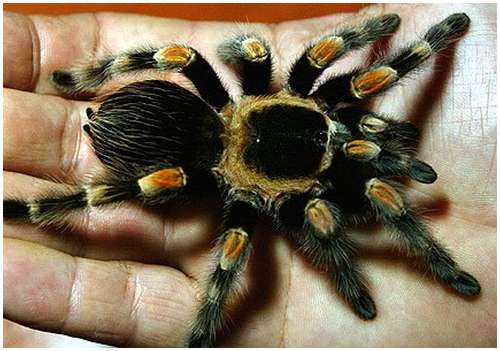 In the wild, the redknee will consume almost any kind of arthropod, small lizard, or small rodent that they can overpower and immobilize with their venom. After moulting, it will emerge from its exoskeleton leaving the old skin behind, looking like a second spider. 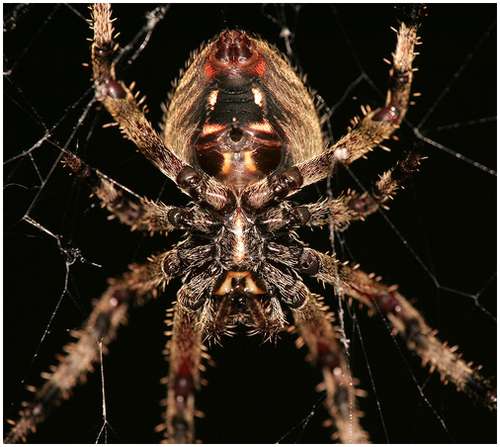 This spider was made famous by the book, Charlotte’s Web. The book’s spider was called Charlotte A. Cavatica, and the barn spider’s scientific name is Araneus cavaticus.