The Scroll With the Largest Number of Tigers 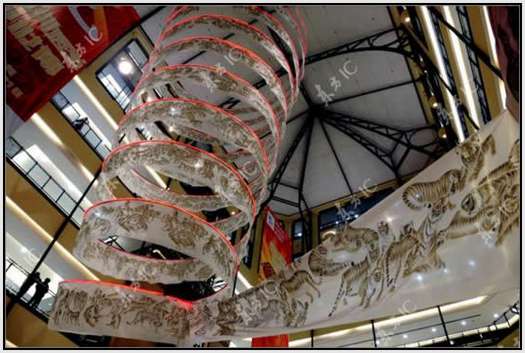 The scroll was made by Chinese artist Xiao Yanqing, who is known as the number one tiger drawer in China, to celebrate the upcoming Chinese New Year, also known as the Year of the Tiger. He has presented the scroll to the Shanghai Expo and tried to challenge the Guinness World Records with the craftwork to create a record of the scroll with most tigers.
A scroll featuring drawings of 2010 tigers was presented during the Shanghai Expo and is a serious candidate for the Guinness record for the scroll with the largest number of tigers.
Photo by Imaginechina 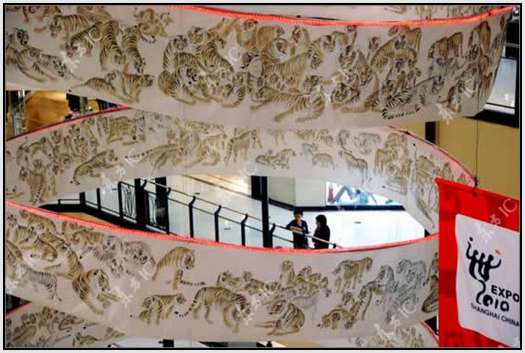 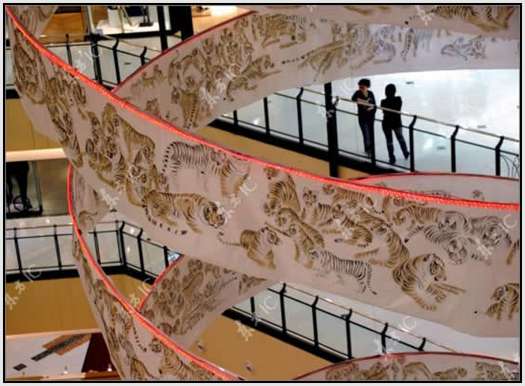 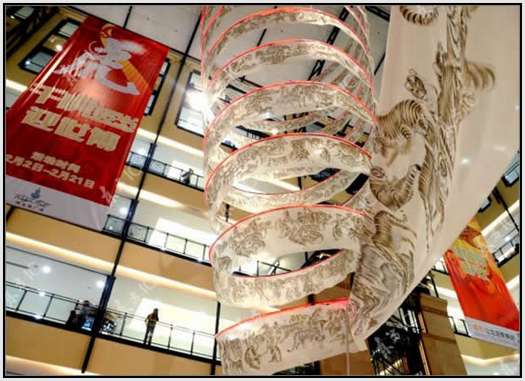 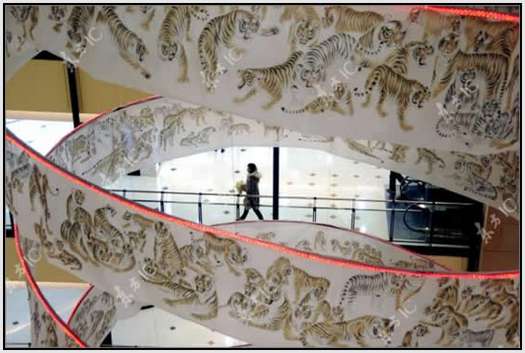 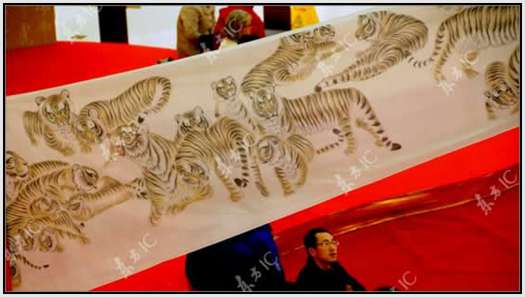 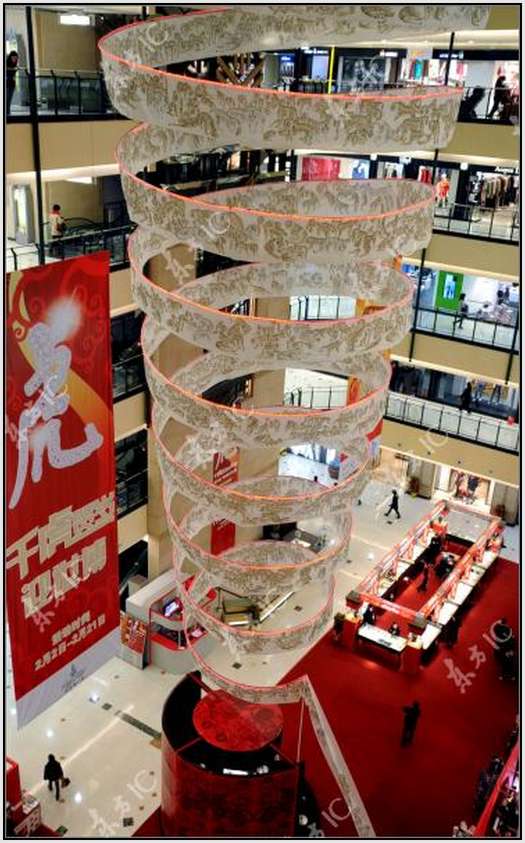 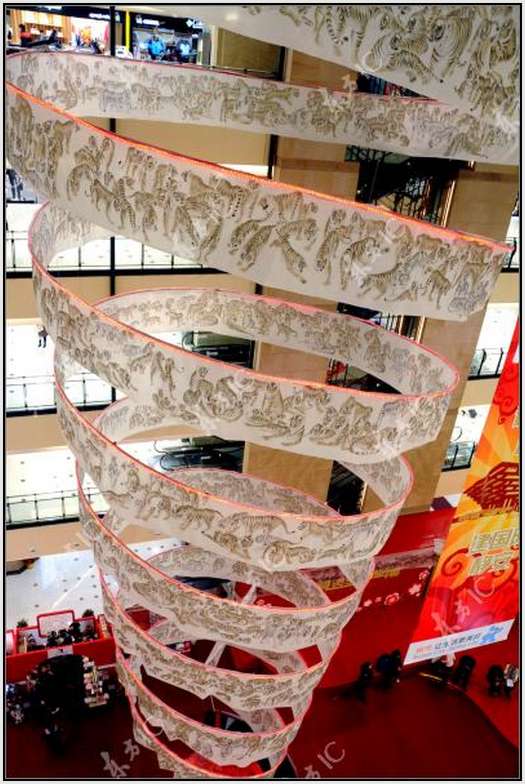 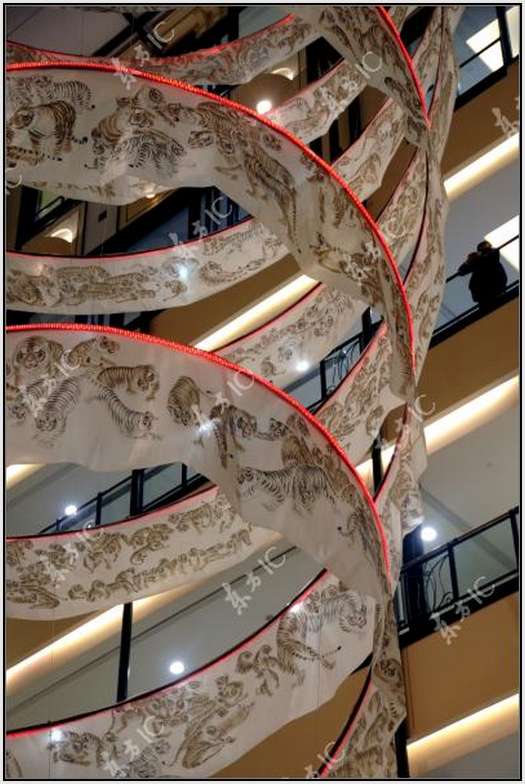 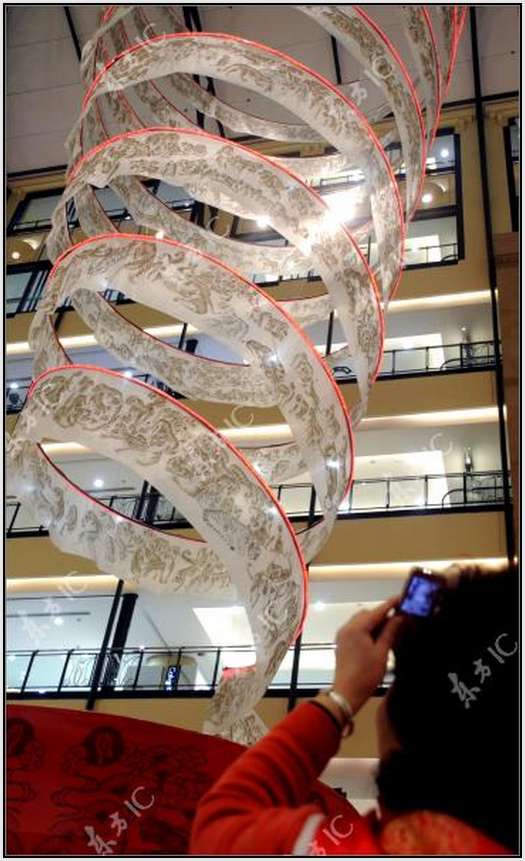