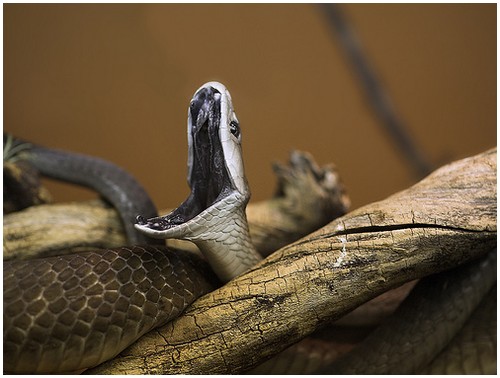 Black mambas are one of Africa’s most dangerous and feared snakes. Nothing is truer when you are standing in front of big black mamba hissing loudly, mouth gaping, striking rapidly in your direction. But are all the frightening stories about black mambas true? I don’t think so. On the African continent many myths are told about these wonderful creatures. Stories abound about black mambas chasing people for miles, attacking when they notice you and visiting houses to kill every single person inside. All are exaggerations.

Black mambas live in the savannas and rocky hills of southern and eastern Africa. They are Africa’s longest venomous snake, reaching up to 14 feet (4.5 meters) in length, although 8.2 feet (2.5 meters) is more the average. They are also among the fastest snakes in the world, slithering at speeds of up to 12.5 miles per hour (20 kilometers per hour).

A black mamba family was observed on the banks of the Limpopo River. There were three mambas, each about 2,5 meters long, occupying a heap of large creeper-covered boulders near a river bank. Sugar birds would hover near the creeper, virtually motionless despite their whirring wings as they gathered nectar, pursuing one another in swift, darting flight, seemingly unaware of the snakes.

A single bite from a Black Mamba may inject enough venom to kill 20-40 grown men, easily killing one unless the appropriate anti-venom is administered in time. When cornered, they will readily attack. When in the striking position, the mamba flattens its neck, hisses very loudly and displays its inky black mouth and deadly fangs.

Black mambas can be found generally in Eastern Africa, from southern Ethiopia to southwest Africa. They prefer the open areas and will settle in spots such as savannahs, rocky areas and open woodlands. They will settle down in the same spot nightly and tend to be diurnal or day hunters. They like to occupy empty termite mounds, rocky crevices, burrows and hollow trees.

This takes place in spring and early summer. Males may travel long distances looking for females. After mating, the snakes return to their own holes. Females lay between 10 and 25 eggs, usually in decaying vegetation. The decomposition of the vegetation gives off heat, which helps to warm the eggs and speed up hatching time. The shells of the eggs allow water and oxygen to reach the developing embryos. 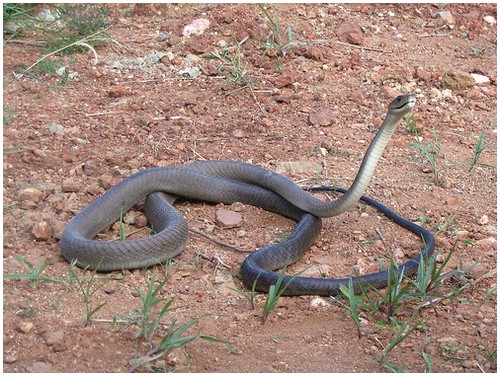 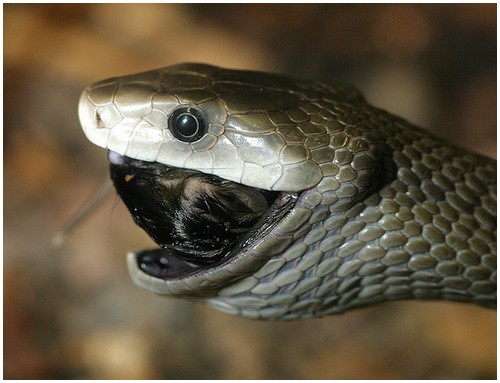 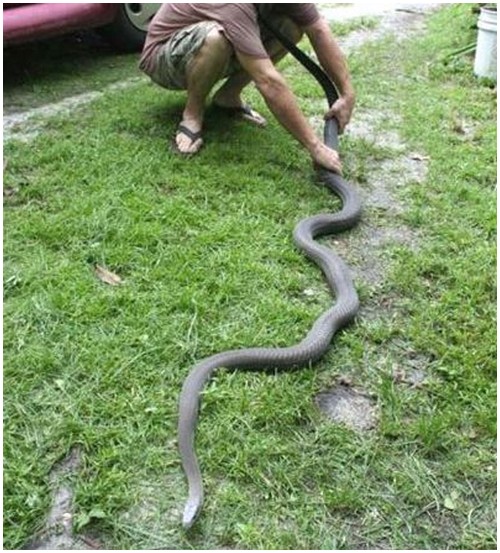 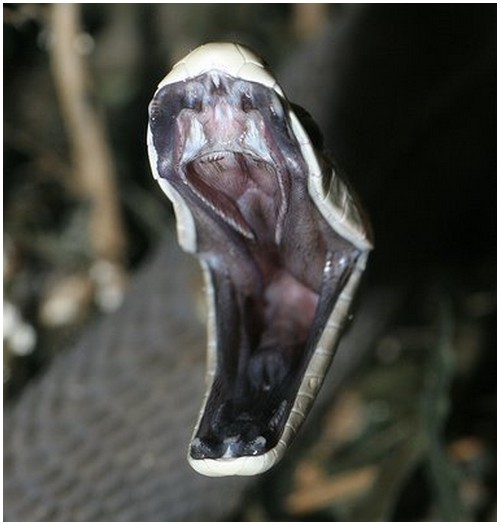 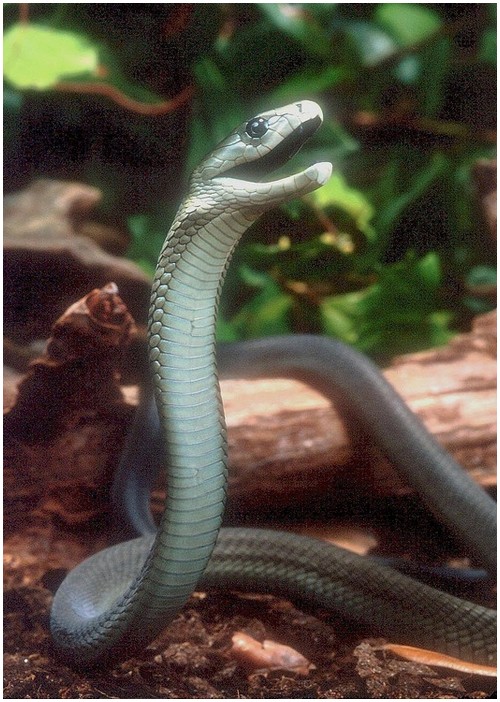 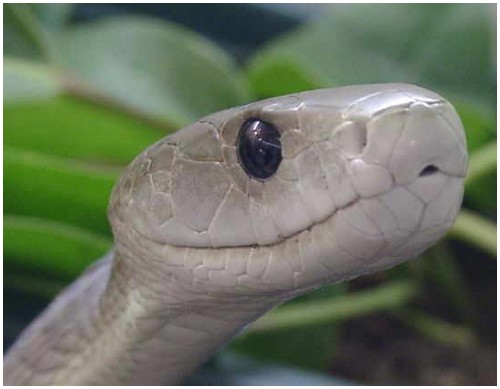