On September 13th, 1848 a man experienced a head trauma that enabled medicine to witness a historical correlation between behavior and the frontal part of the brain. Phineas Gage had a three foot iron rod pierce his skull during an explosion on a railroad job. The iron rod went clear through his skull and landed around twenty-five yards away. Phineas survived. Before the accident he was one of the most even minded and capable workers. After he healed he could not get his job back because he had become impatient, moody, and even profane. A computer generated graphic of what happened to his skull is pictured to the right. 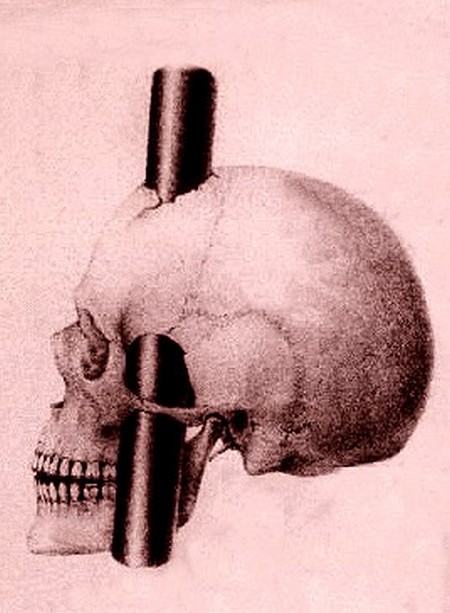 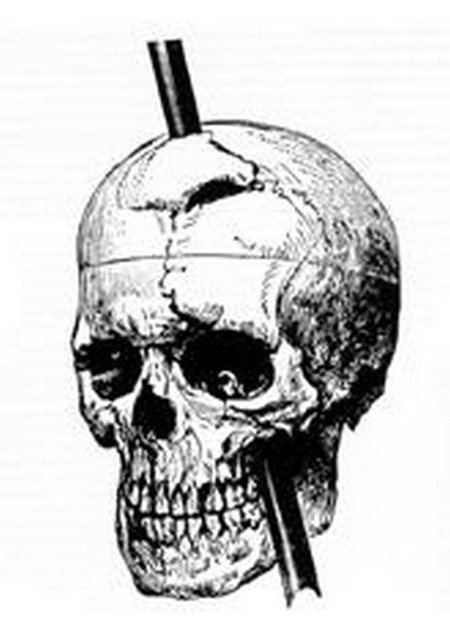 In regards to his amazing patient, Dr. Harlow wrote:

Gage was fitful, irreverent, indulging at times in the grossest profanity (which was not previously his custom), manifesting but little deference for his fellows, impatient of restraint or advice when it conflicts with his desires, at times pertinaciously obstinate, yet capricious and vacillating, devising many plans of future operations, which are no sooner arranged than they are abandoned in turn for others appearing more feasible. A child in his intellectual capacity and manifestations, he has the animal passions of a strong man. Previous to his injury, although untrained in the schools, he possessed a well-balanced mind, and was looked upon by those who knew him as a shrewd, smart businessman, very energetic and persistent in executing all his plans of operation. In this regard his mind was radically changed, so decidedly that his friends and acquaintances said he was ‘no longer Gage’. 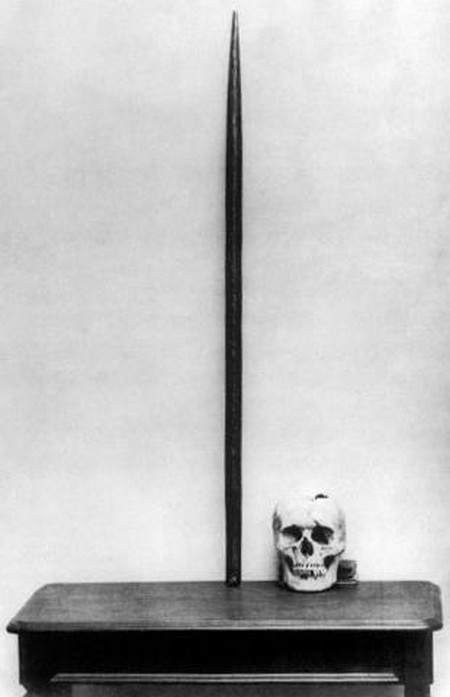 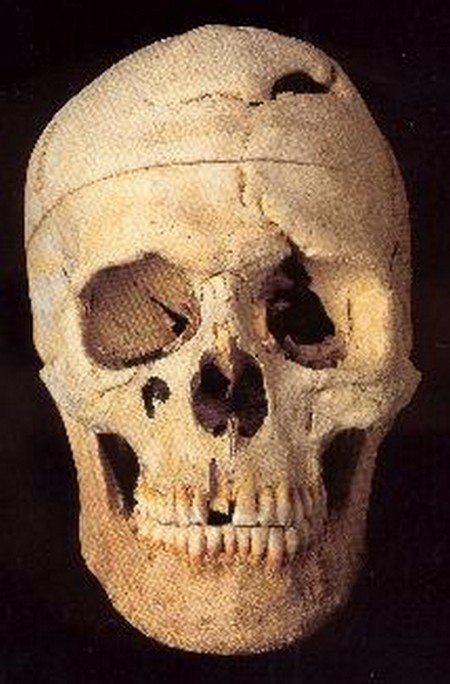 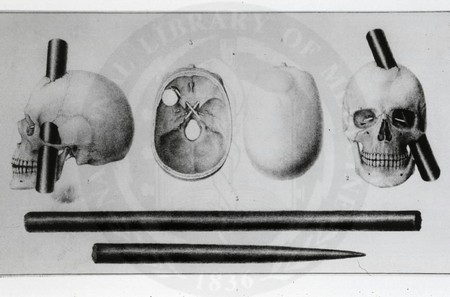 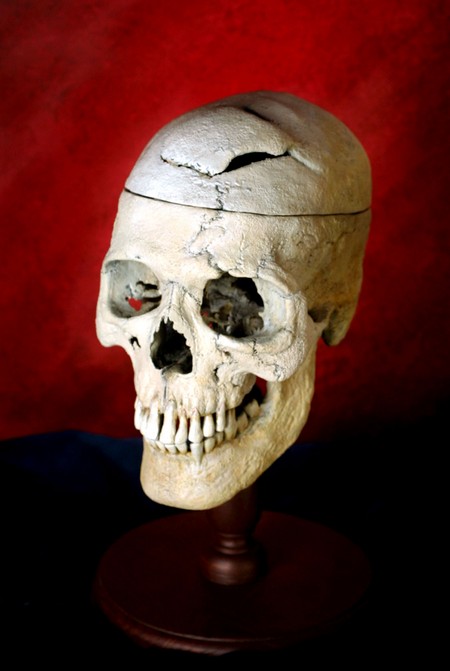 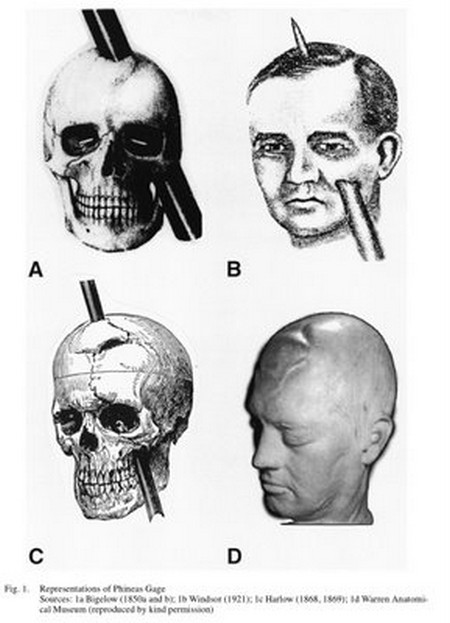 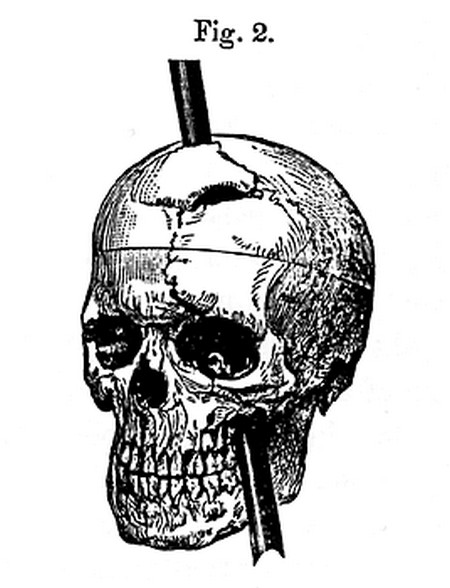 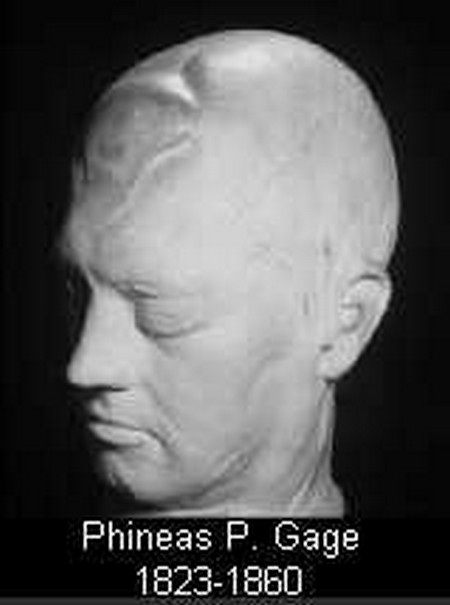