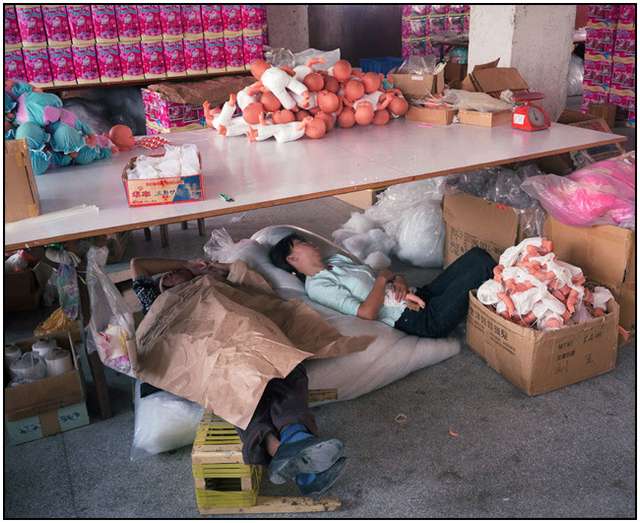 China is the biggest toy exporter in the world – nearly 75% of all the world’s toys are made in the country – but the retail price of one high-quality toy in the western market is often more than six months’ salary for a Chinese toy factory worker. In order to depict the drudgery of mass toy production, photographer Michael Wolf made a large-scale installation where he attached 20,000 used plastic toys all made in China surrounding large sized photos of the workers who make them. Wolf called the project “The Real Toy Story”. The work portrays the human presence behind mass-produced goods and provides viewers with a visceral, immersive experience that evokes the sensation of density endemic to urban areas of the region.

The installation was first produced in Hong Kong in 2004. Wolf worked with three assistants for ten hours daily for three days to mount the photographs and toys in a dense, overlapping arrangement across every inch of available wall space. It has been since recreated at a number of locations around the world. 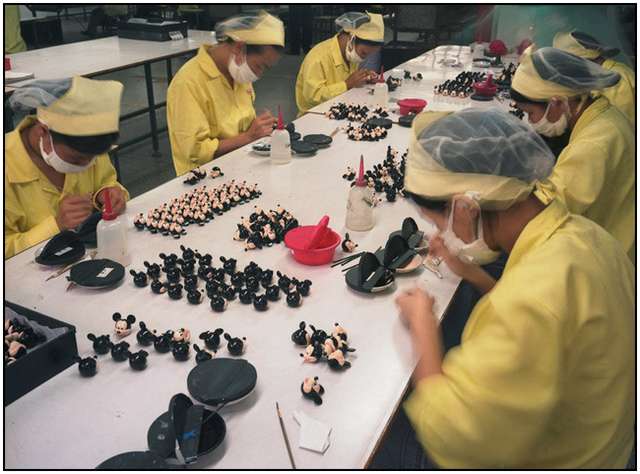 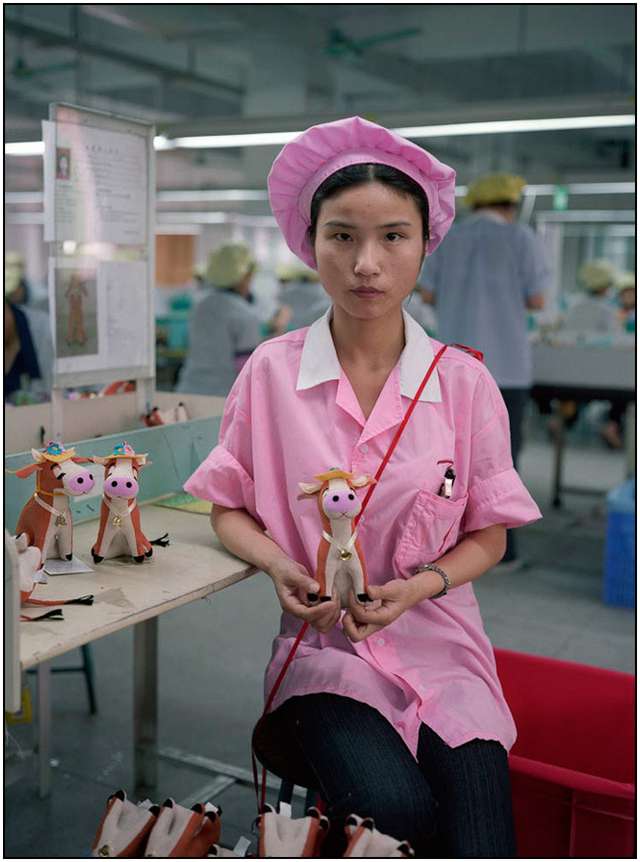 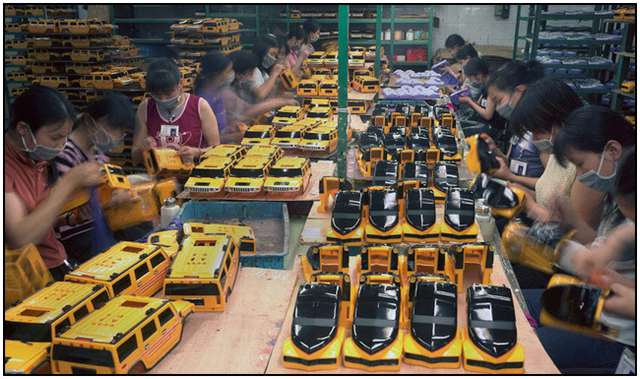 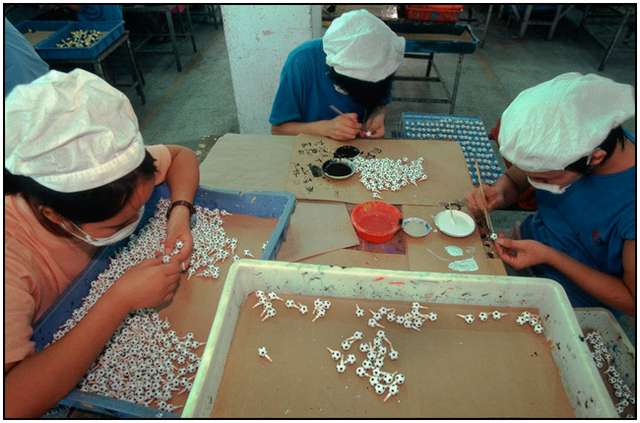 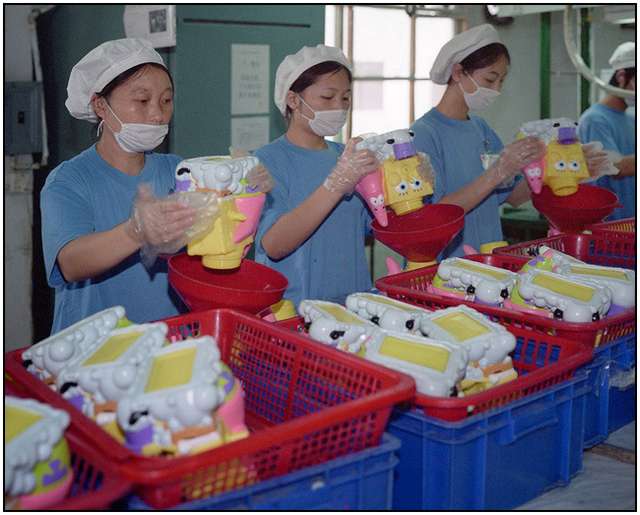 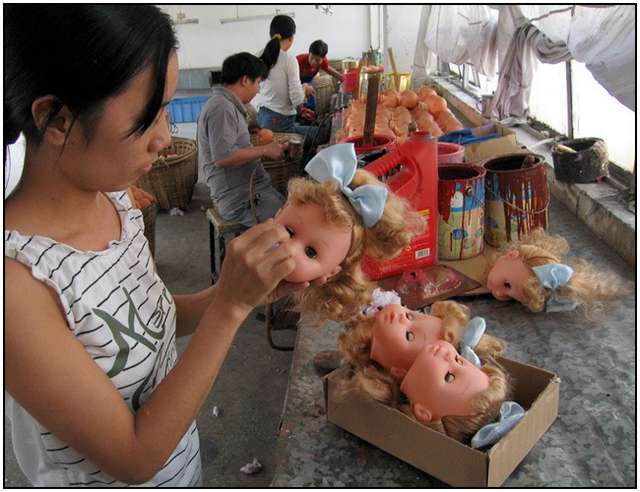 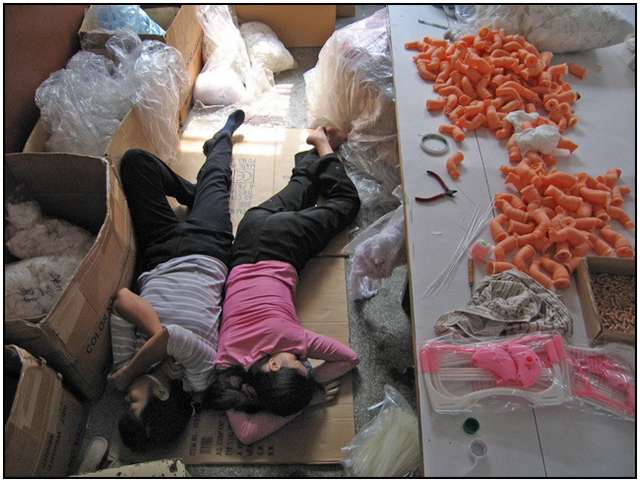 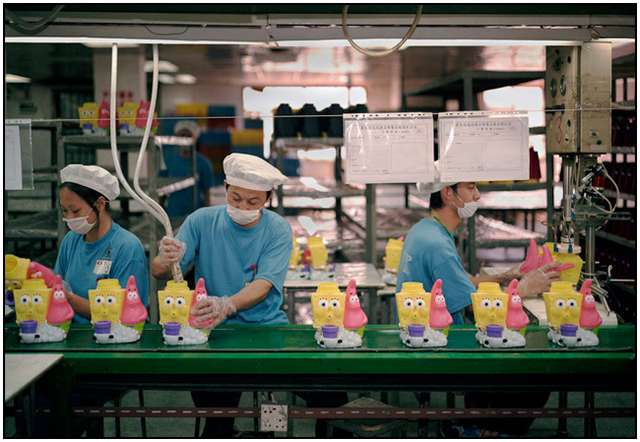 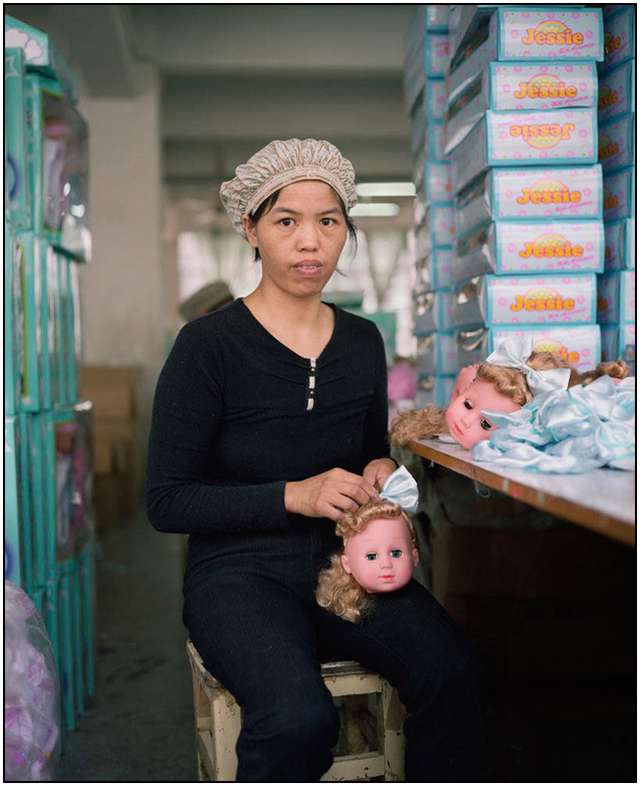 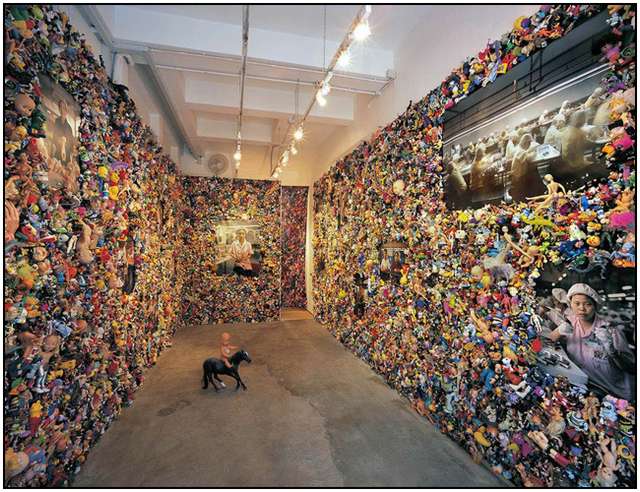