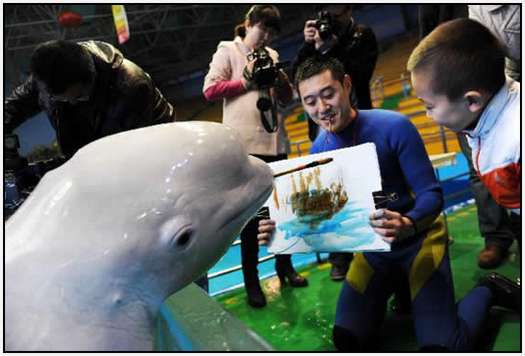 Xiaqiang might known as the smartest dolphin in this world, this dolphin could paint on a canvas. like we know Dolphins are smart, talented creatures,no doubt about that, but I had no ideas painting was one of their skills. with a lot of training this dolphin can be a great painter among animal world i think. well i’m sure that all of you won’t miss the World Smartest Animal Ever which is posted here on the crazy world before.
Xiaoqiang, a dolphin from Qingdao, in China’s Shandong Province has learned to paint, under the guidance of his trainer. Looking at his work, I’d say he still has a long way to go before becoming the second Rembrandt, but he’s well on his way.
Here’s another picture of the World Smartest Dolphin Ever who could paint on a canvas Xiaoqiang.
Photos by Xinhua/REUTERS via Xinhua 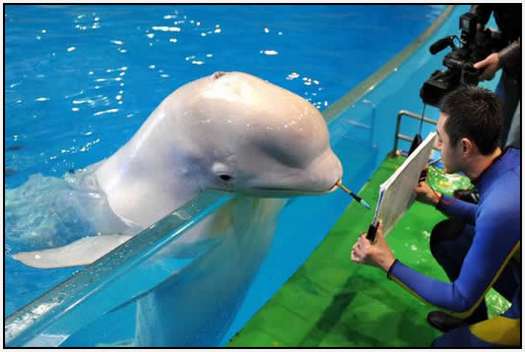 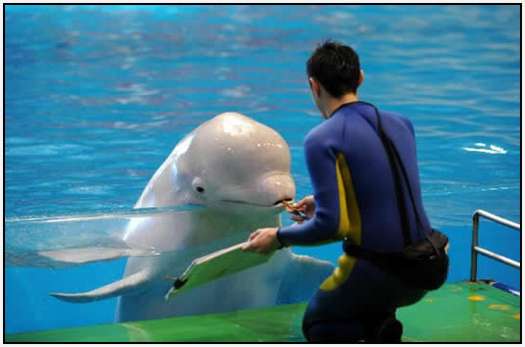 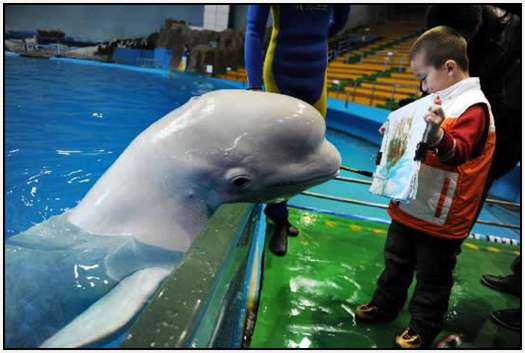