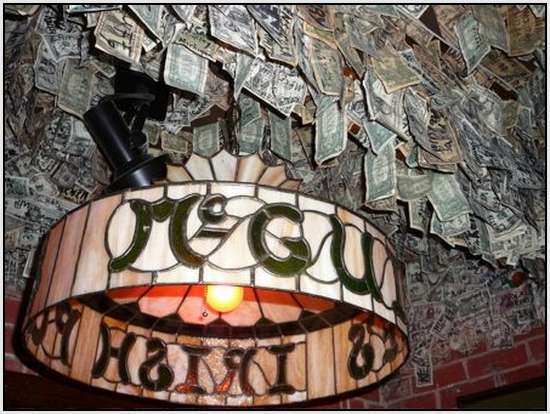 What could be the world’s most expensive wallpaper made of? Of money, obviously! I just came across an interesting post about the Money Pubs in the US where money is being put on the walls, dollar bill by dollar bill. The two money pubs mentioned are the No Name Pub that started in 1931 in Big Pine Key, FL as a general store and the McGuire’s Irish Pub that opened in 1977. In the 70’s and 80’s, the No Name Pub became widely famous because of Jimmy Buffet popularity. People started coming and so their money and that money started being put on the walls, dollar bill by dollar bill. The thirty year results can be seen in the pictures. Startlingly, there is over $750,000 in singles hanging on the walls and from the ceiling.
On the other hand, McGuire’s Irish Pub has an interesting story with money wallpapers. Molly, the Pub’s first waitress, took her first dollar tip and stapled it on the wall. Since that day, there has been over $550,000 in dollar bills stuck on the walls and ceiling. The best thing is that these dollar bills have been artistically stuck on the walls and ceiling. 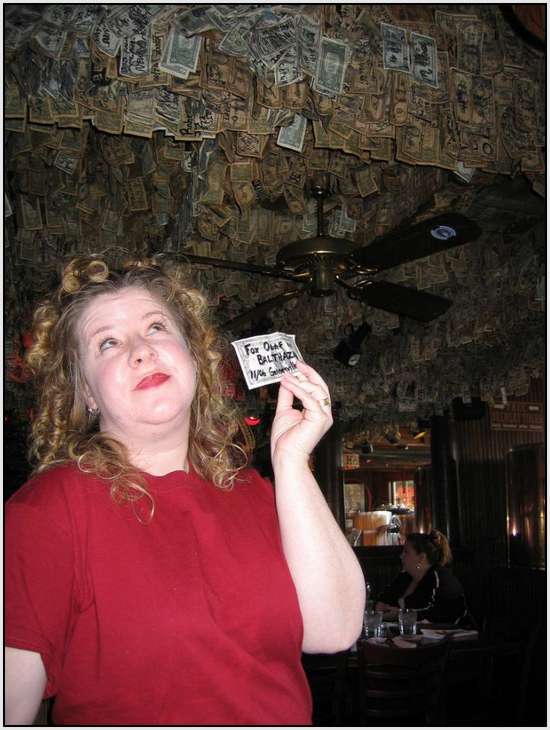 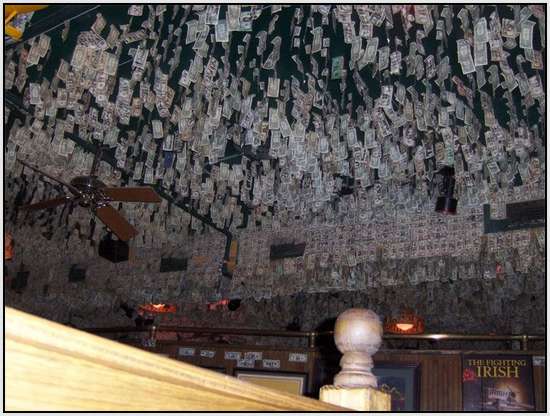 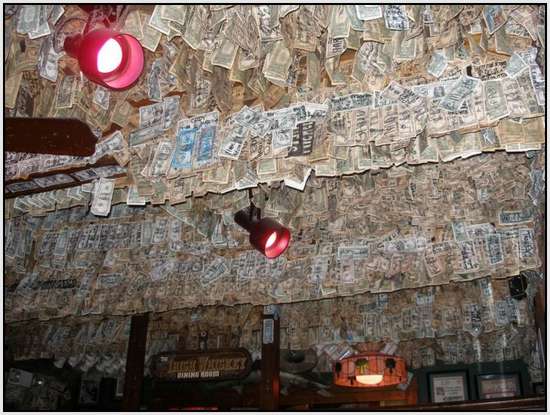 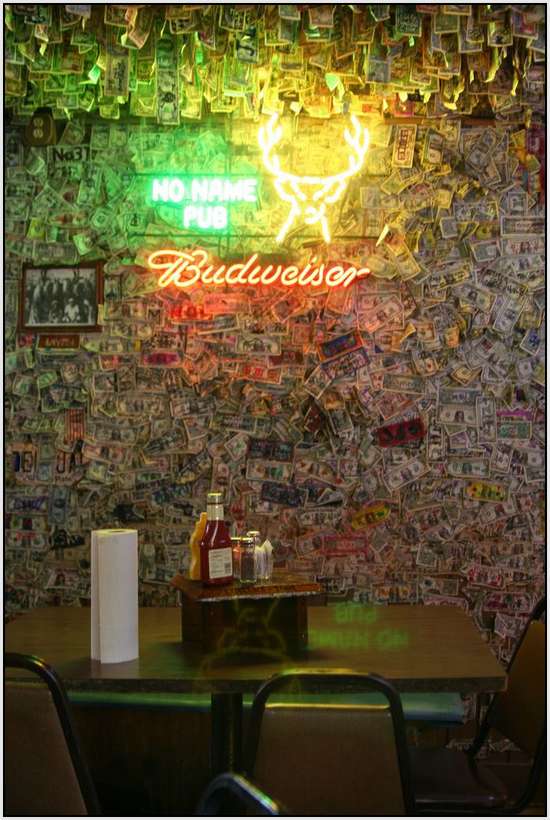 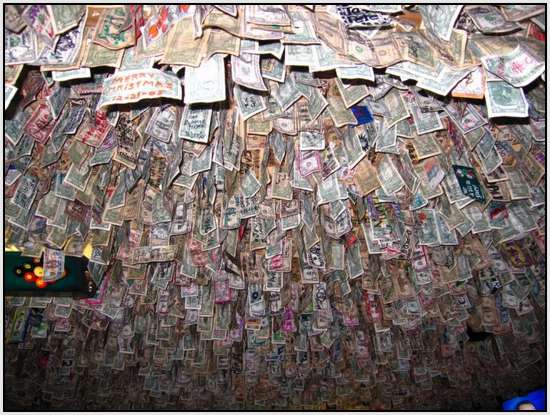 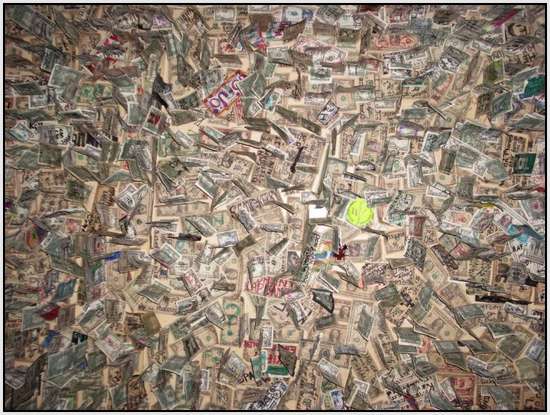 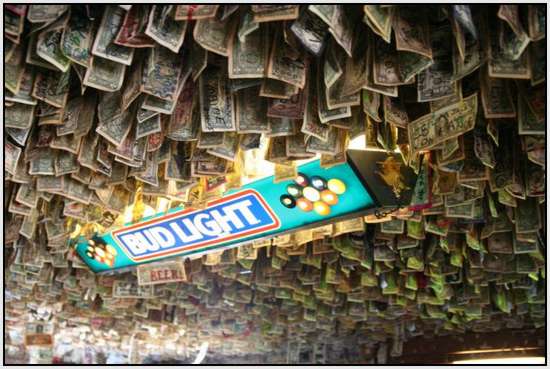 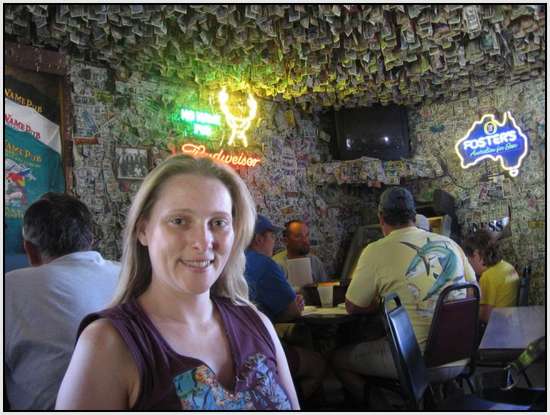 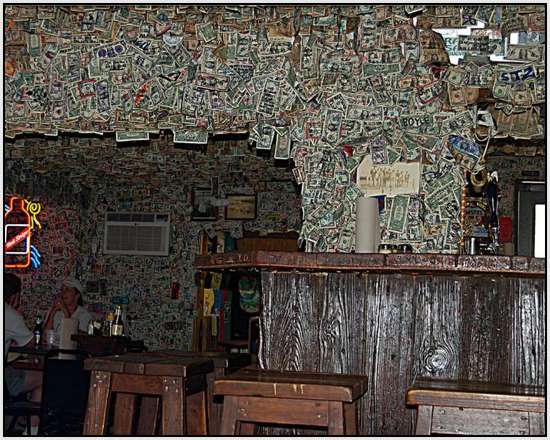 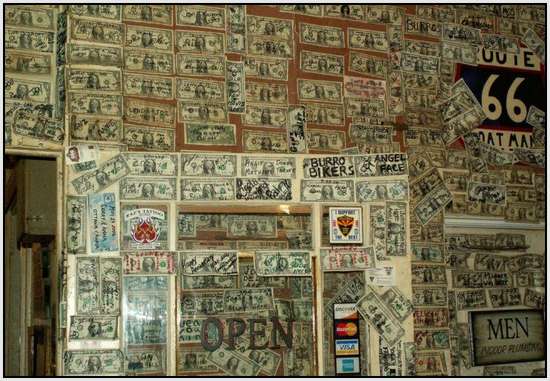 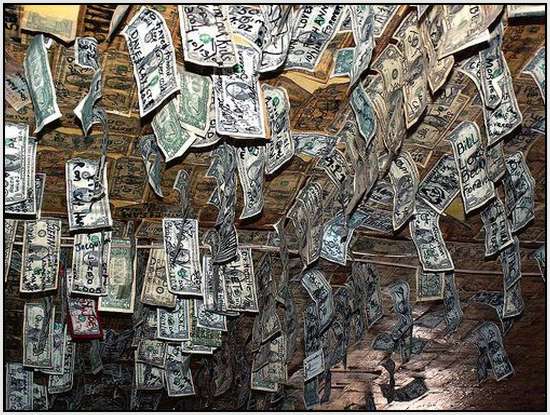 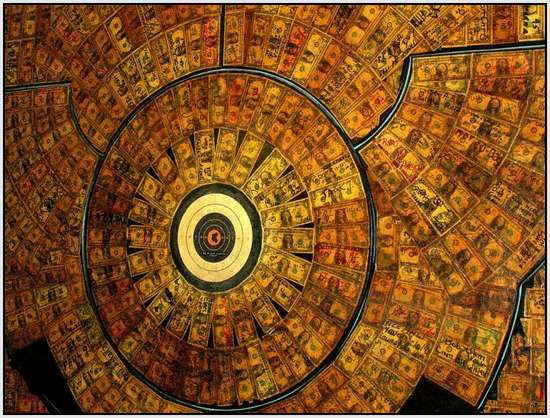 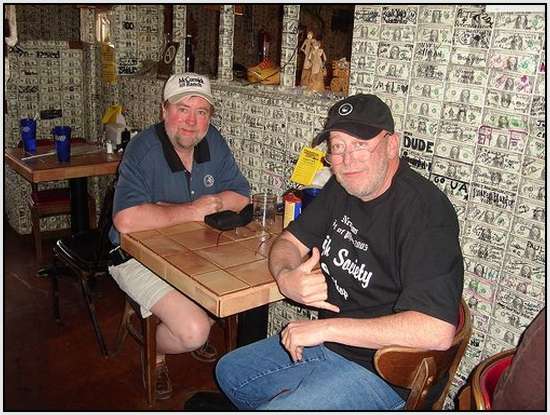 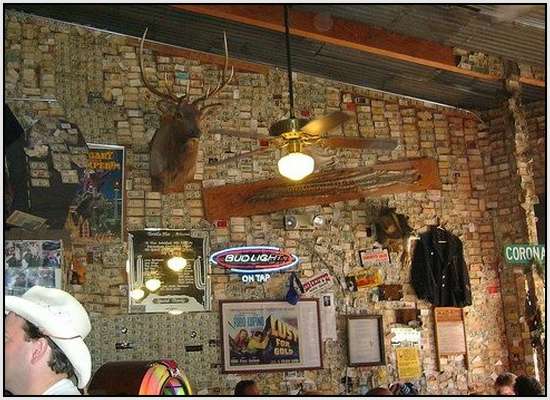 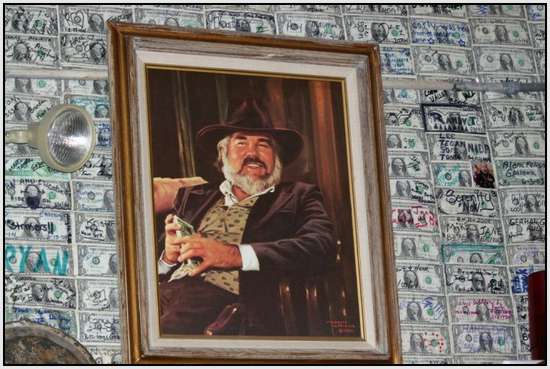