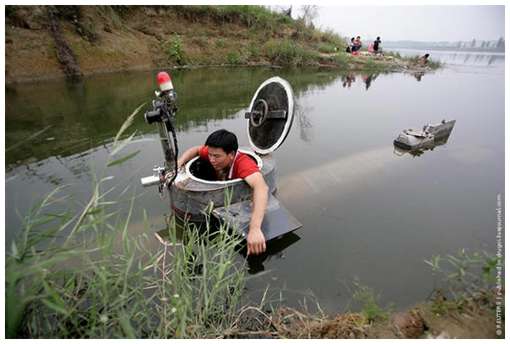 Tao Xiangli, a 34-year-old amateur inventor from China, spent two years building a fully-functional homemade submarine.
Tao is not the first person to build a homemade submarine, but that doesn’t make his achievement any less impressive. Especially since he did it using oil barrels and tools purchased from a second-hand market.
After two years of hard work and testing, on September 3, young Tao Xiangli presented his invention to the world and took it for a test dive in a lake just outside Beijing. His homemade submarine features a periscope, electric motors, a manometer, two propellers, depth-control tanks and it only cost $4,385 to make.
Photos by Reuters
source: here 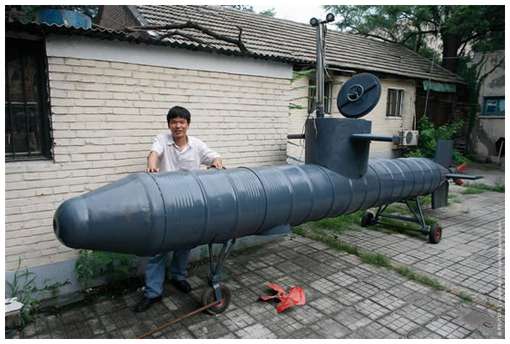 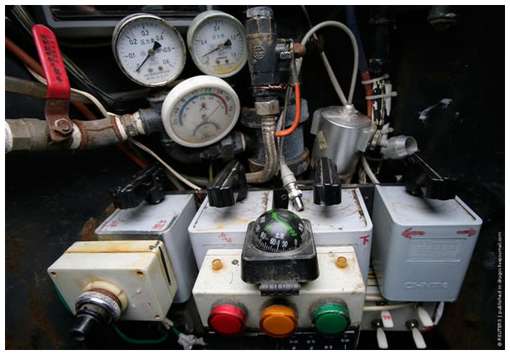 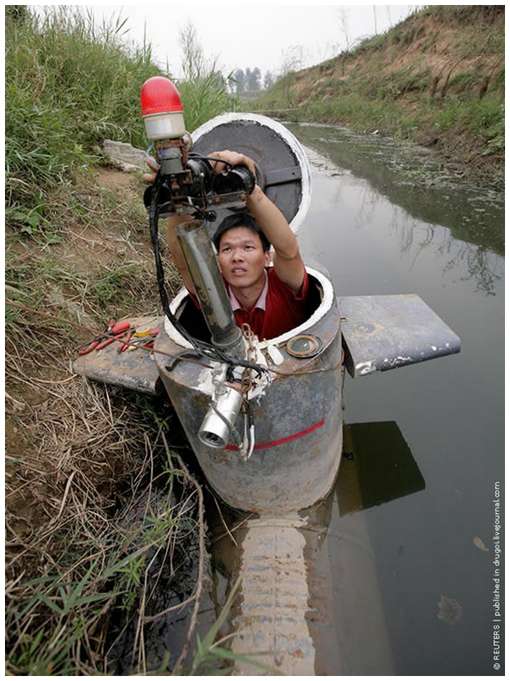