It’s amazing the feelings and exciting colors nature can give birth to… from orange to red, from peace and quiet to danger, from darkness to sparkles. The world is gleaming… 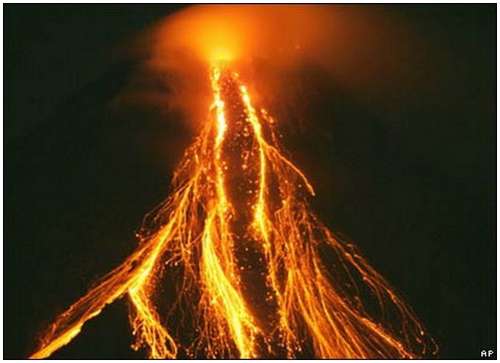 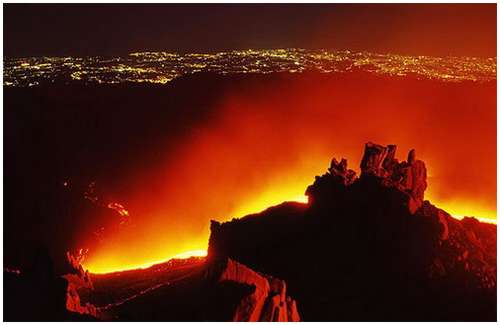 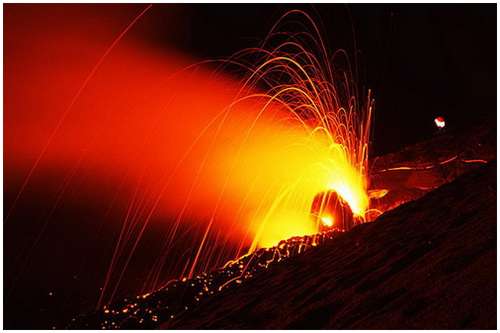 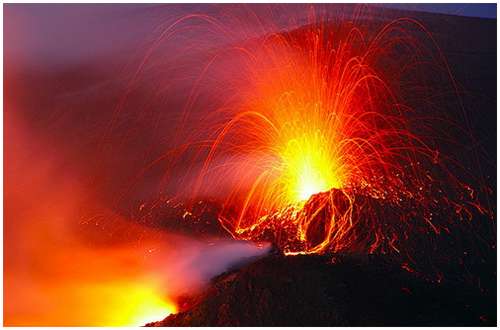 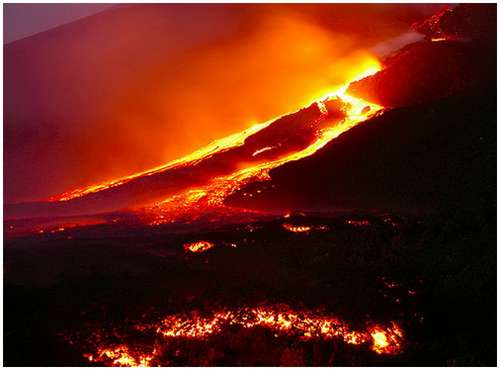 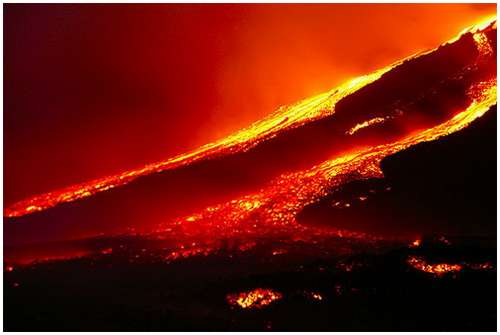 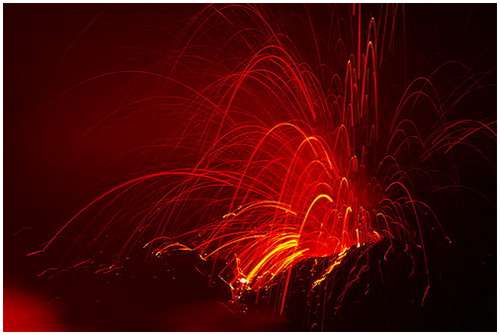 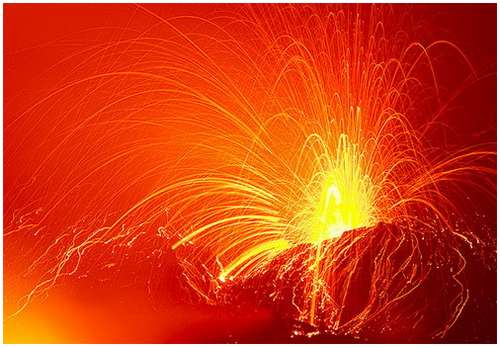 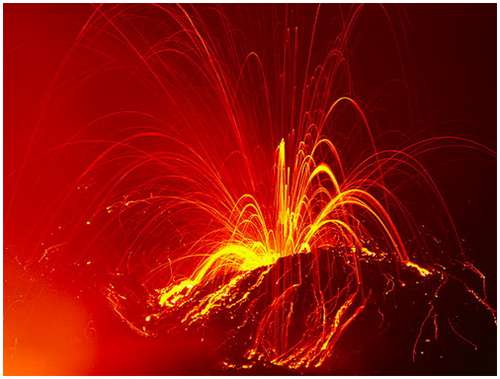 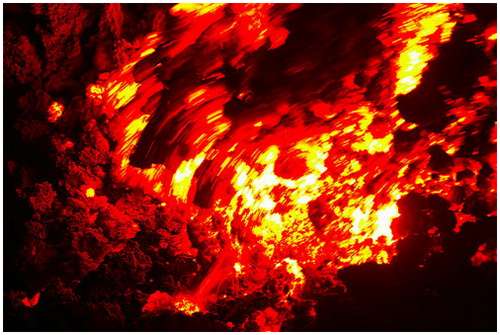 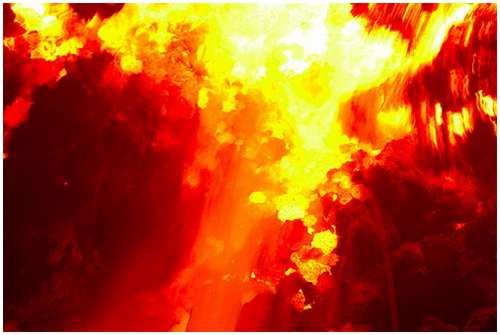 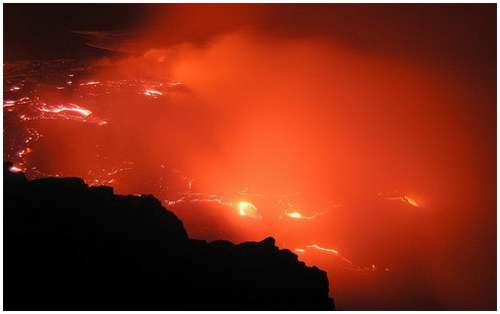 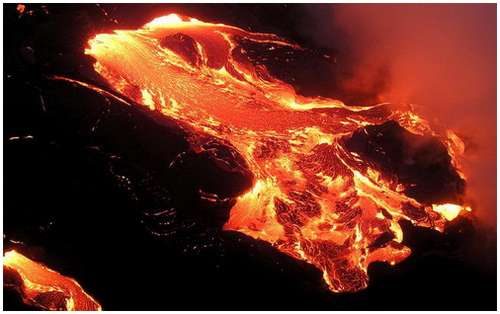 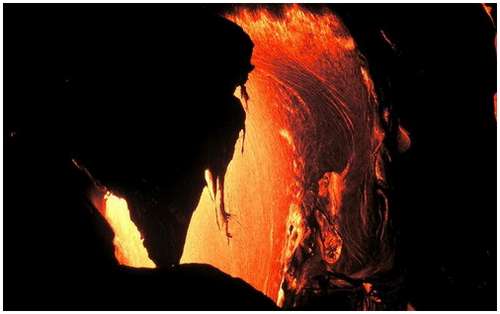 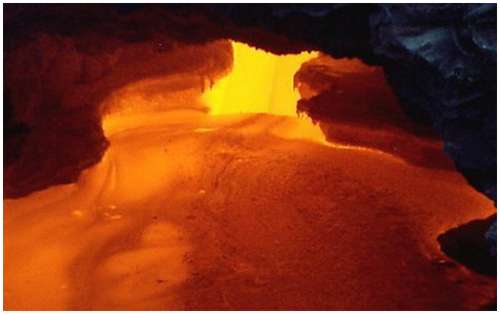 Lava is molten rock expelled by a volcano during eruption. When first expelled from a volcanic vent, it is a liquid at temperatures from 700 °C to 1,200 °C (1,300 °F to 2,200 °F). Although lava is quite viscous, with about 100,000 times the viscosity of water, it can flow great distances before cooling and solidifying, because of both its thixotropic and shear thinning properties.

A lava flow is a moving outpouring of lava, which is created during a non-explosive effusive eruption. When it has stopped moving, lava solidifies to form igneous rock. The term lava flow is commonly shortened to lava. Explosive eruptions produce a mixture of volcanic ash and other fragments called tephra, rather than lava flows. The word ‘lava’ comes from Italian, and is probably derived from the Latin word labes which means a fall or slide. The first use in connection with extruded magma (molten rock below the earth’s surface) was apparently in a short account written by Francesco Serao on the eruption of Vesuvius between May 14 and June 4, 1737. Serao described “a flow of fiery lava” as an analogy to the flow of water and mud down the flanks of the volcano following heavy rain.